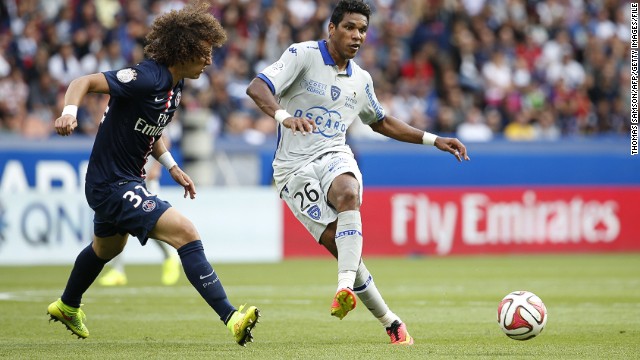 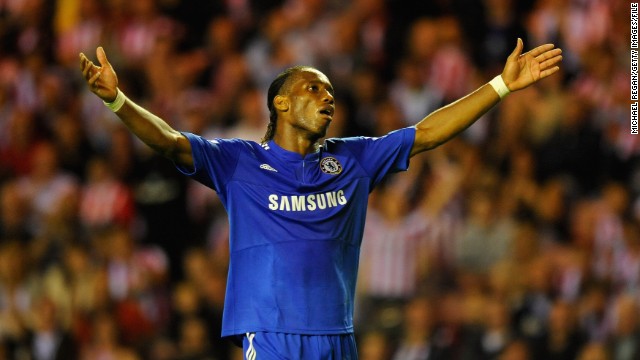 June 2009: Didier Drogba received a six-match ban (with two matches suspended) following Chelsea's loss to Barcelona in the second leg of the Champions League semifinals in June 2009. The Ivorian was incensed that referee Tom Henning Ovrebo had rejected Chelsea pleas for several penalties. Frustration boiled over as Drogba uttered the words "it's a f***ing disgrace" into a passing TV camera lens. 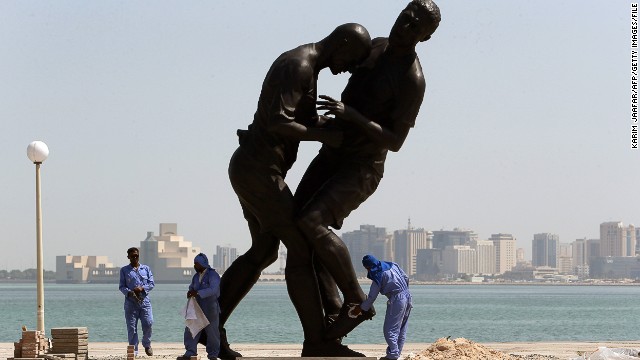 July 2006: Zinedine Zidane's headbutt on Marco Materazzi in the 2006 World Cup final was immortalized in this bronze statue titled "Coup de Tete" by French Algerian-born artist Adel Abdessemed. Even though Zidane retired after the match, he was handed a three-match ban and fined 7,500 Swiss francs ($7,990). 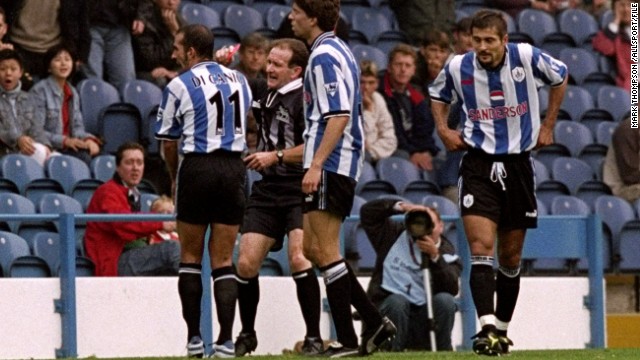 September 1998: Paolo Di Canio, left, was sent off for violent conduct in an English Premier League game against Arsenal. Di Canio didn't think much of the decision and pushed referee Paul Alcock, who stumbled backwards for several paces before finally falling over. The Italian was banned for 11 matches and fined £10,000 ($16,000). 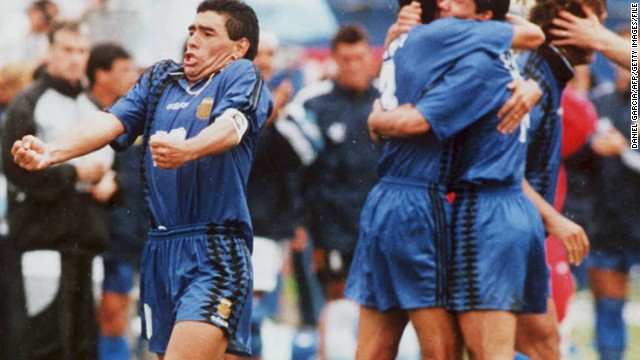 Brandao, who plays for French Ligue 1 side Bastia managed by Claude Makelele, assaulted the Italy international in the tunnel following the match which PSG won 2-0.

The 34-year-old can be seen on CCTV waiting around before striking Motta and then running off out of shot with the PSG man following in hot pursuit.

Brandao was playing in only his second match for the Corsica-based club after joining from Saint Etienne in the summer. He was suspended for four weeks following the attack which broke Motta's nose.

Last season, he was banned for three matches for elbowing another PSG player, Yohan Cabaye, in the head.

"Brandao will be available to play again on Feb. 22, 2015," the French league's disciplinary committee said in a statement following a hearing on Thursday, meaning the striker will miss 24 league matches in total.

Meanwhile in England Friday, Tottenham Hotspur defender Benoit Assou-Ekotto was given a three-game ban and fined £50,000 ($82,000) by the English Football Association (FA) for improper conduct after congratulating Nicolas Anelka on his "quenelle" gesture on social media.

Anelka used the gesture, which involves pointing a straightened arm downwards while touching the shoulder of that arm with the other hand, while playing for West Bromwich Albion during a match last December.

Some believe it to be a Nazi salute in reverse and it has been linked with anti-Semitism in France.

Anelka, who was fined £80,000 ($130,000) and handed a five-match ban by the FA in February, denied being racist or anti-Semitic, saying the gesture was a dedication to French comedian Dieudonne M'Bala M'Bala.