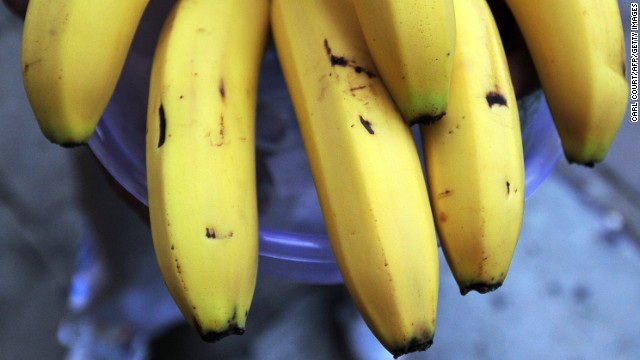 (CNN) -- If you asked me -- and God knows nobody has -- I would have to guess that never in the history of humankind has anyone ever actually slipped on a banana peel.

Believe me. I've tried. When things get slow in my house we experiment with fruit.

(To which he immediately realized the suggestiveness of that last sentence.)

Now, while I maintain my strong conviction that nobody has ever slipped on a banana peel, Japanese researchers have proven that these things can, in fact, decrease the friction under a shoe sole by one-fifth. Which means ... it's possible.

And I applaud this research, for it is delightfully pointless. At least until slipping on banana peels becomes a real thing and turns into an epidemic.

"News flash! This just in from Los Angeles, where 600 more people have slipped on banana peels. One eyewitness on the scene described it as, quote: Hilarious."

But this was real research. Done by real scientists. Who received real awards for their banana study.

You see, every year in September there is a gala held at Harvard where great minds come together to celebrate the Ig Nobel Prizes. Which are just like the Nobel Prizes, but with an "I" and a "g" in front, thus suggesting nobody here has managed to cure cancer.

At the Ig Nobels (Think Ignobles, but pronounce it Ig-NOH-bells), instead of celebrating life-changing achievements, they honor those who "first make people laugh, and then make them think."

Really, it sounds like the kind of event I could attend without pants.

At first, people would laugh. And then they would think.

"Ha! Ha! Ha! Wait. Why is this man covered with rainbow sprinkles?"

The overall goal of the Ig Nobels is to encourage interest in science, medicine and technology by highlighting the absurd and the unusual. Like banana peel studies. Because they're light and fun. And, in the end, you might actually learn something.

As opposed to what you are reading now, which, while light and (quite debatably) fun, will ultimately leave you with nothing more than a permanently burned image in your brain of my naked body covered in rainbow sprinkles. You're welcome.

Anyway, that's the concept behind the Ig Nobels. And their 24th annual celebration was just held on Thursday. The theme was: Food. 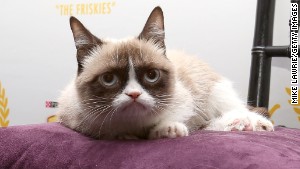 So, in addition to Team Banana from Japan, which won the physics prize, other awards were given out to such important studies as how cured pork can stop a nose bleed, and what happens in the brain when people somehow see the face of Jesus in a piece of toast.

The latter was the winning study of the neuroscience prize. I didn't read the actual research, but I'm pretty sure seeing Jesus in your toast suggests that your brain wiring suddenly made the connection that you have an eBay account and -- hark! -- you also love being on the local news.

That's when you see it.

But my favorite award was the prize for public health. This year, that went to a study investigating whether or not owning a cat is mentally hazardous for humans.

The cat study was a slight variation from the food theme (I hope) but good science nonetheless. I mean, it was that or banana peels. Or Jesus toast. Or pork in the nose.

Heck, come to think of it, maybe I should've been a scientist. After all, I like experimenting with meat.

(To which he immediately realized the suggestiveness of that last sentence.)