Emma Watson speaks as part of her role as a U.N. goodwill ambassador

Other celebs have used their star power to highlight gender issues

The actress said feminism is not "man-hating"

Actress Emma Watson not only stirred the Internet with her recent moving speech before the United Nations, but she also joined a cadre of celebrities who have used their star power to bring attention to gender issues.

Watson, best known for her role as Hermione Granger in the “Harry Potter” films, spoke Saturday as part of the launch of a new HeForShe campaign, which is aimed at getting men involved in stopping violence against women. (HeForShe is a U.N. initiative for gender equality.) The actress was appointed as a goodwill ambassador for U.N. Women six months ago and advocated for everyone to be involved in the movement.

“How can we affect change in the world when only half of it is invited or feel welcome to participate in the conversation?” Watson said. “Men – I would like to take this opportunity to extend your formal invitation. Gender equality is your issue, too.”

Watson is just one of several celebrities who have spoken out in an effort to protect women.

Actress Charlize Theron has been a U.N. ambassador of peace and recorded public service announcements for the Stop Rape Now program as part of the U.N. Action Against Sexual Violence in Conflict. 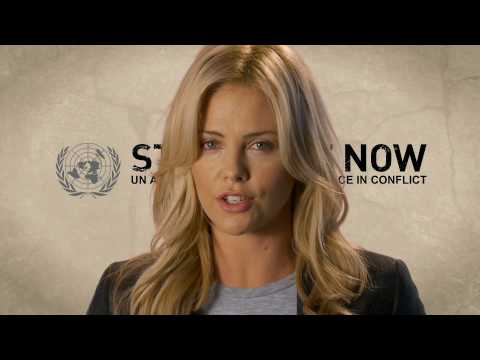 Through her association with the beauty company Avon (where she has been an honorary chair of the Avon Foundation), Reese Witherspoon has taken on the issue of domestic violence. In 2009 Witherspoon visited the House of Commons in the United Kingdom in support of the Four Ways to Speak Out program.

“You’re not alone, and if you reach out, there’s someone next door to you in your life who is ready to give you support and care and love, and it’s important to know that,” the actress said at the time.

And female celebrities are not the only stars who have taken up the cause.

In 2010, country singer Tim McGraw was awarded a True Ally Award at the 2010 Men Stopping Violence annual awards for his work to reduce domestic violence, which has included efforts with his wife, singer Faith Hill, to raise funds for battered women’s shelters.

In her U.N. speech Saturday, Watson said she hopes to recruit everyone in the battle to assist women. The British actress said she wanted to end the belief that feminism is equivalent to “man-hating.”

“We want to try to galvanize as many men and boys as possible to be advocates for change, and we don’t just want to talk about it,” she said. “We want to try and make sure that it’s tangible.”