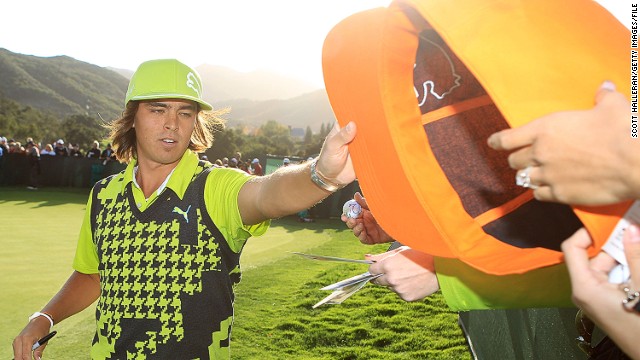 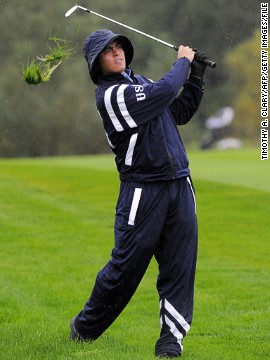 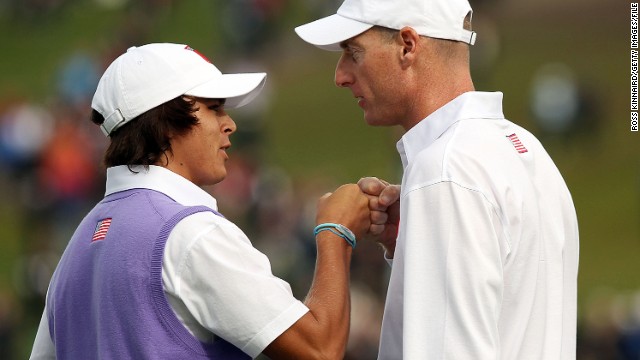 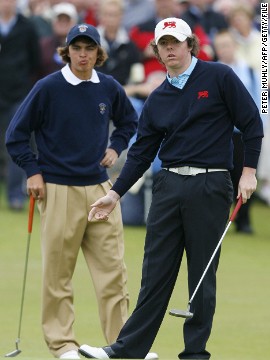 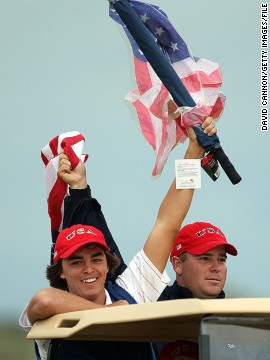 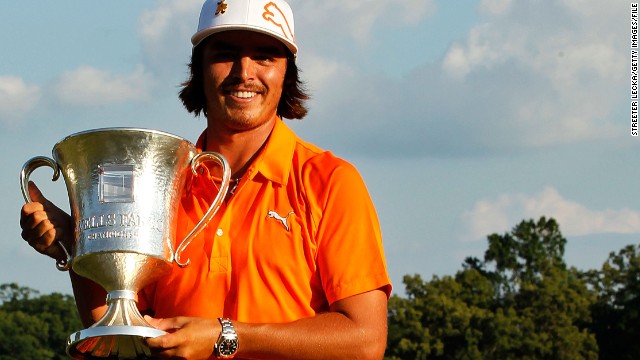 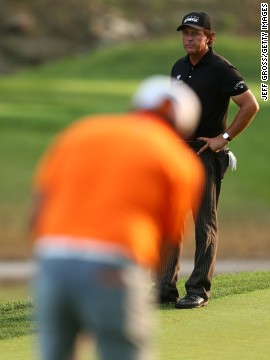 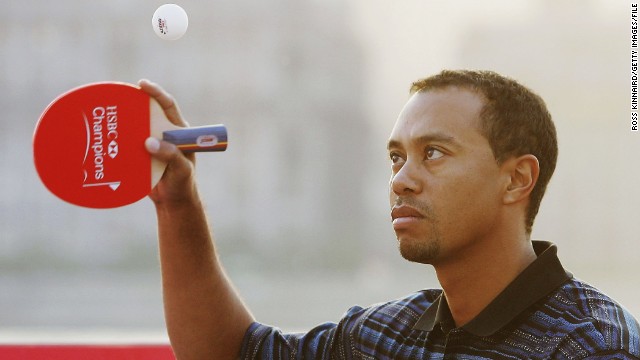 (CNN) -- Pressure is inescapable in the cauldron of Ryder Cup competition -- pressure and ping pong.

The intense rivalry played out on the course between the world's top players from Europe and the United States in golf's ultimate team test is only half the story.

Away from the heat of battle on the greens and fairways, there is a wiff-waff war raging in the American team room, one Rickie Fowler can't wait to get stuck into.

"I enjoy the off-course too -- just being in the team room, spending time as a team, hanging out, playing ping pong!

"And hopefully if we can get that Ryder Cup then Sunday night would be pretty good."

Phil Mickelson hired a coach before last year's Presidents Cup in a bid to blow away his teammates on the table, but this time his erstwhile ping pong partner Tiger Woods is missing through injury.

Perhaps Fowler is the man to fill the void on both counts.

The Californian's golf is certainly in fine shape after a stellar season in which he finished in the top five of each of this year's four major championships, a feat only previously achieved by Woods and Jack Nicklaus.

Entry to an illustrious club that boasts 32 major titles is a measure of Fowler's progress, notwithstanding the residual disappointment at not converting one of those opportunities.

Twice, at the British Open and most notably at the U.S. PGA Championship, Fowler was pipped to the crown by Northern Ireland's Rory McIlroy, who has vowed to lead Europe's charge for the Ryder Cup in Scotland this week.

Given Fowler's consistency in 2014, it is possible to make a case for him as the spearhead of a U.S. team that has not won the Ryder Cup since 2008.

Defeat at Celtic Manor in Wales back in 2010 was Fowler's first taste of the tournament, but he was omitted for the infamous "Miracle of Medinah" in 2012 when Europe stormed from 10-4 behind to take the cup in dramatic fashion.

That has only sharpened his focus ahead of the 40th incarnation of the prestigious event at Gleneagles.

"With the past few cups going to Europe I feel like this is one that we need to win," Fowler says.

Get 70 miles to the gallon on this hog...saddle up boys we're Ryder Cup bound!! http://t.co/c1UPB2HpkA pic.twitter.com/UoIlsWQ3sv

"I feel like Gleneagles is a good venue for the United States and I feel like we are putting together a good team.

"I am excited to be on the team and, being on there in 2010 and coming up short, I want to be on the other side of that this year."

The 25-year-old's debut four years ago came courtesy of a wildcard pick by captain Corey Pavin.

He'd been part of the USA's success on British shores the previous year in the Walker Cup -- the Ryder Cup's amateur equivalent -- which gave him a head start.

Fowler, the third-youngest golfer to play in the Ryder Cup behind Horton Smith and Tiger Woods, was forced to find his feet quickly.

Playing foursomes alongside veteran Jim Furyk, Fowler took a drop from the mud early in their contest with Lee Westwood and Martin Kaymer, but dropped a different ball to the original, costing the U.S. the hole.

Despite being behind for 16 of 17 holes, Fowler held his nerve to make a birdie putt on the last and rescue half a point for his side.

Then on the final day as a nailbiting, weather-afflicted tussle neared its climax, Fowler birdied four of his final six holes to snatch an unlikely half point from his match with Italy's Edoardo Molinari and keep the overall contest alive.

Though Graeme McDowell, that year's U.S. Open champion, closed out a 14½ - 13½ victory for Europe in the final singles match, Fowler had shown he belonged on the transatlantic stage.

"The Ryder Cup 2010 -- it was special for me because I had just turned pro basically a year prior," he recalls.

"I came off playing the Walker Cup in '07 and '09 so I was ready for the stage and I definitely enjoyed it.

"I put myself in a position where I was able to help the team have a chance at getting the Cup but we were just a little too far back to make it happen."

The Ryder Cup represents a rare week in the calendar where golfers aren't wholly operating as lone wolves -- and they play for pride, not cash.

This altered reality demands different traits and often brings out the best in some players -- European talisman Ian Poulter being a prime example.

It also means a sense of shared responsibility, a nation and teammates to do proud.

"The team events are so much different than a week-to-week tournament or even majors," Fowler explains.

"You are playing for so much more than just yourself. You know you have got your fellow teammates, the captains and not to mention your country.

"When you do play the alternate-shot matches there is a bit of teamwork there with the guy you are paired with. But golf is still very individual.

"I mean you go out there and really all you can control is your emotions and the shots you hit -- you may be able to go and show support for other teammates but for the most part it about everyone coming together and playing well.

"So it is just fun to have that little extra added pressure and to play well and feel the satisfaction that you did it for your teammates, the captains and then your country."