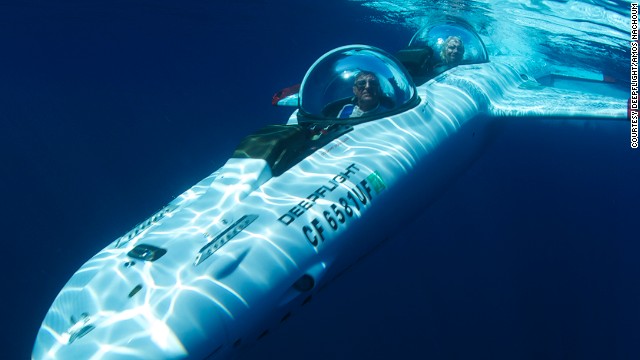 Thought the Monaco Yacht Show was just about superyachts? Think again. This is where the world's deluxe water toys are also floated to the public. Here, Virgin CEO Richard Branson (right) takes a dip in the DeepFlight Super Falcon with creator Graham Hawkes. 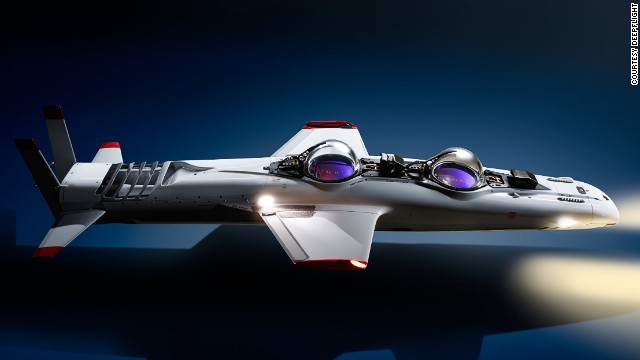 The Falcon -- a two-man electric submarine -- is just one of the flashy superyacht accessories on offer. 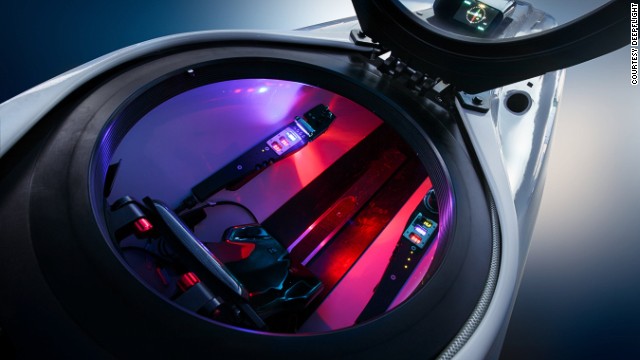 Once inside the "cockpit," pilots can plunge to depths of 393 feet. 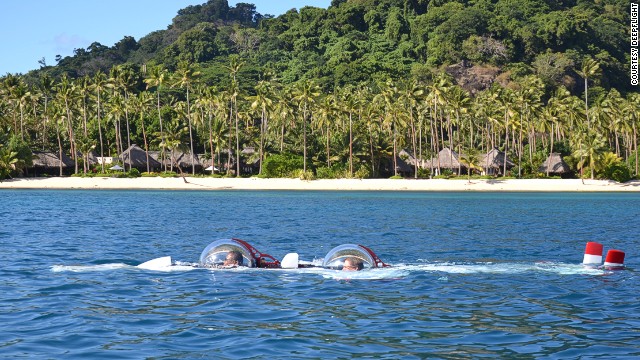 "The craft has also been used for scientific purposes. A few years ago we carried out the first baseline survey of the Jordanian coastline, below diver depths," said Karen Hawkes, who founded the DeepFlight company with engineer husband Graham in 1996. 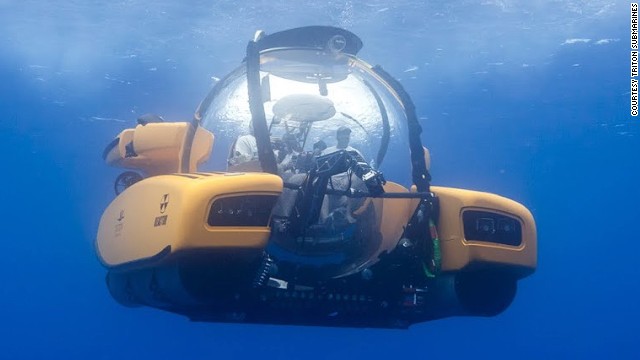 Also making a splash at the yacht show is the Triton Submarine, a powerful vessel capable of exploring the darkest depths of the ocean. 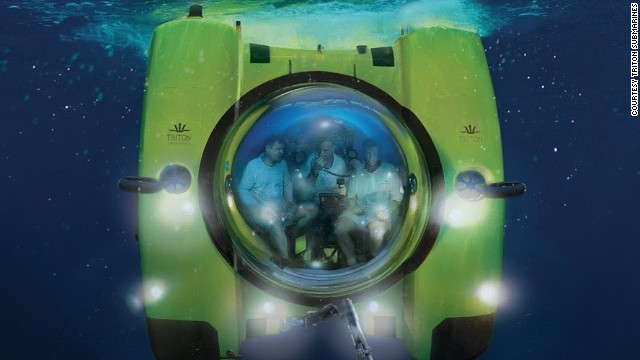 The submarine comes in 11 models, with the top-of-the-range (pictured) able to reach the deepest point in the ocean at around 36,000 feet. 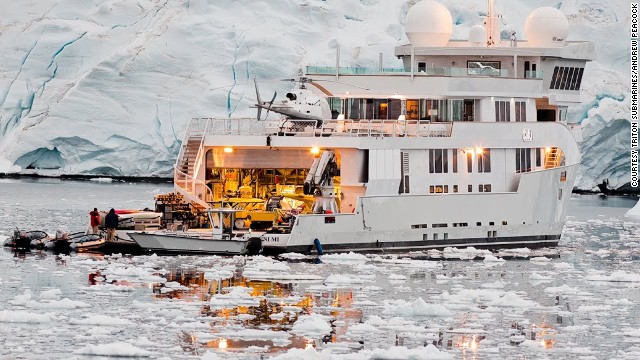 The sub can be loaded onto a superyacht, such as this one pictured during an expedition to Antarctica. 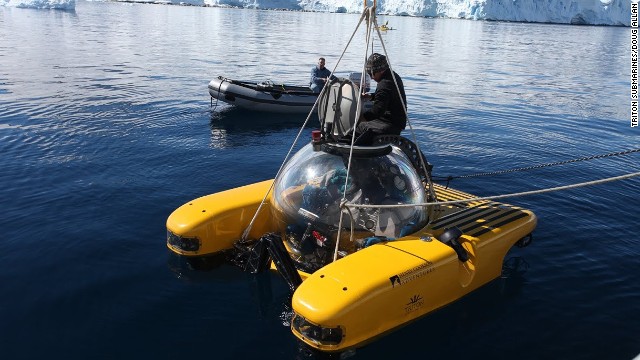 "Yachting used to be much more of a status symbol," said Marc Depp, the company's sales and marketing manager. "Now owners are more concerned with privacy, and more interested in adventure." 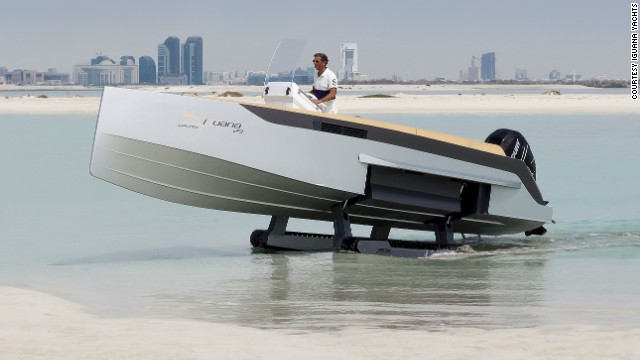 Iguana by name, Iguana by nature. This unusual looking speed boat has "legs" which allow it to "walk" out of the water. 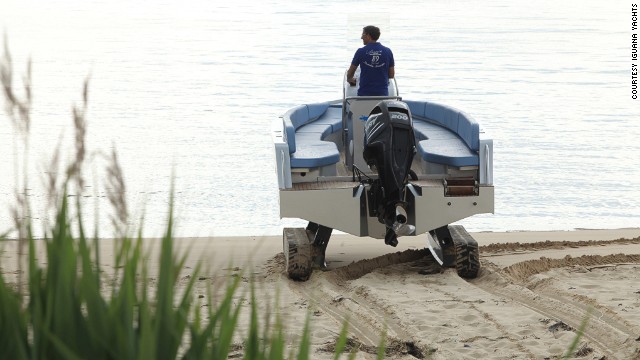 The two hydraulic rollers allow the amphibious vessel to travel on dry land for around 800 meters. But be warned, driving on public raods is not an option. 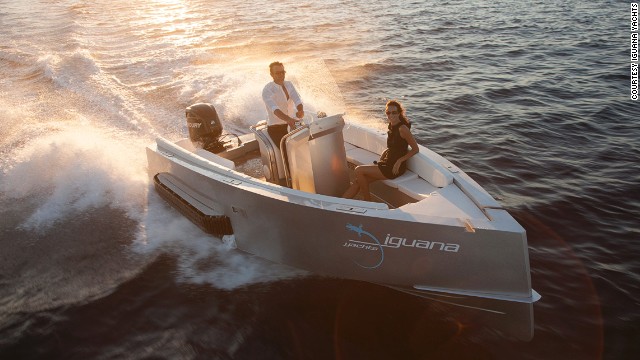 "People are very surprised when they see it," said the company's sales manager Steve Huppert. "First they think the boat is going to crash. They they're opening their mouths when they see it walk onto land." 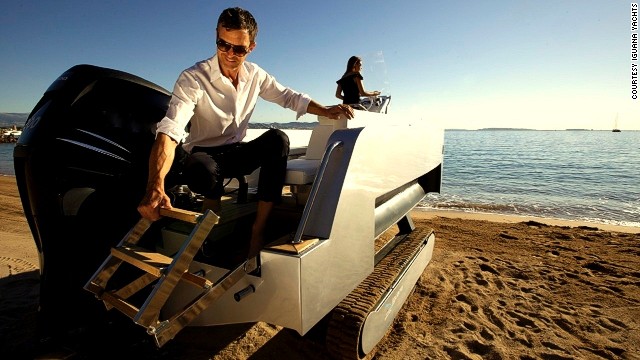 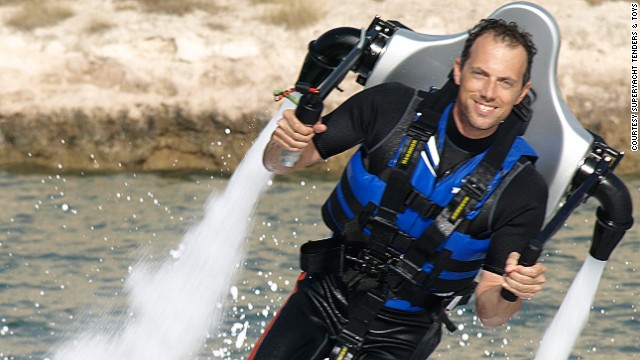 Ever dreamed of a grand Bond-like entrance? The Jetlev Flyer can shoot wearers up to 10 meters into the air. 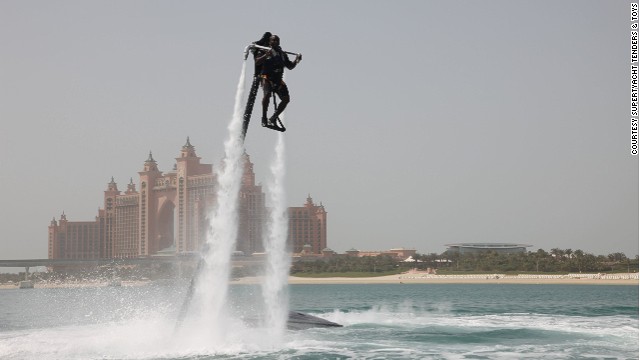 (CNN) -- Gaze across the luxury stalls at this year's Monaco Yacht Show, and you'd be forgiven for thinking you'd stumbled upon James Bond's secret gadget lab.

Personal submarines, jetpacks, even a fantastical "walking" boat are all on offer for a new generation of thrill-seeking millionaires.

Younger than ever before, today's super rich are no longer content to spend their holidays lounging on sundrenched superyachts.

Instead, they're willing to pay millions for high-tech water toys unimaginable when the prestigious boat show first launched 24 years ago.

"Now we're seeing people who are 30 years old owning one."

Hailing from emerging economies such as China and South America, this new generation of wealthy holiday-makers are looking for unique adventures at sea -- from exploring the ocean floor in a submarine, to zooming 10 meters into the air with a jetpack.

"These toys attract them because they have a special way of enjoying yachts, compared to their parents who perhaps had to wait until they were older to buy one," said Tallarida.

"They like sports and really enjoy being in the sea -- not just sailing and lying on the sundeck."

Main Sail takes a look at four of the most eye-popping toys on show: 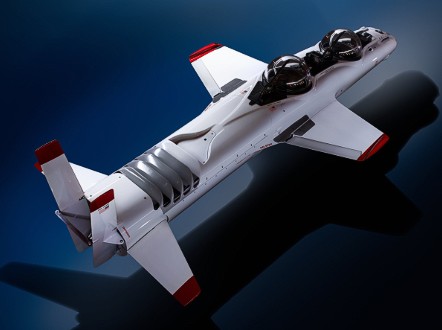 The DeepFlight Submarines were originally inspired by quadcopter drones.
DeepFlight

Is it a jet? A sports car? What about a submarine? At first glance, the futuristic DeepFlight Super Falcon is hard to pin down.

But the unusual two-person electric submersible, which can plunge 393 feet under the sea, appears to be to the taste of millionaire owners Richard Branson, and Red Bull founder Dietrich Mateschitz.

"Just as private individuals are now able to explore space, we see our submarines as opening up the oceans for private exploration," said Karen Hawkes, who founded the DeepFlight company with engineer husband Graham in 1996.

"Except unlike spacecraft, these owners get to the pilot their own vessels."

The Falcon follows an earlier model, the DeepFlight Dragon, valued at $1.5 million. Both are positively buoyant, meaning they always float back up to the surface, rather than sinking. 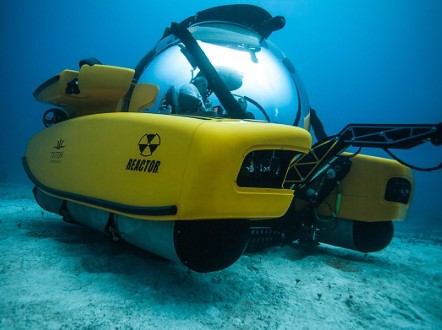 Included in the price of the submarine is a pilot training program.
Triton Submarines

The giant squid is real. How do we know? The Triton Submarine caught it on camera during an expedition to the bottom of the ocean last year.

The brightly-coloured vessel is available in 11 different models, and able to plunge anywhere between 1,000 and 36,000 feet under water.

"It gives clients the opportunity to see a part of our planet that no human has ever visited before," said Marc Depp, the company's sales and marketing manager.

"Many of our clients are also concerned about their legacy and the condition of the oceans, and make their submarines available to marine scientists."

The company expects to build between four and six submarines a year.

Part speed boat, part rolling tank, the Iguana Yacht has unsurprisingly elicited some curious looks from passersby as it "walks" out of the water.

Featuring two hydraulic "legs," the amphibious vessel can travel for around 800 meters on dry land -- though it's not intended for public roads.

"All of our customers bought the yacht because they have a legitimate use for it, such as entering or exiting a waterfront property," said the company's sales manager Steve Huppert.

"We haven't had people buying it simply to show off."

Regardless of their intentions, new owners will certainly be part of an elite group -- six of the unusual yachts have so far been sold. 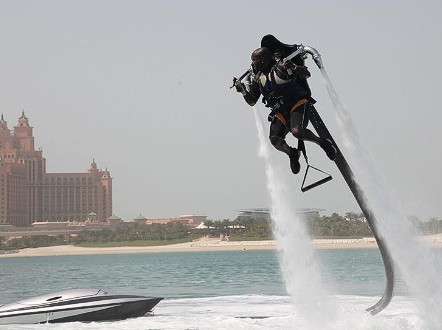 Bond fans who watched their jetpack-wearing hero blast into the sky in 1965 film "Thunderball," can now relive the scene -- at a price.

The Jetlev Flyer is powered by water shooting through a 10 meter hose, and can travel through the air for up to three hours.

It is one of dozens of high-end accessories -- including inflatable slides and jet skis -- available through Superyacht Toys & Tenders, who have stall at this year's Monaco Yacht Show.

Around 200 of the water-based jetpacks have been sold.

Travel: Superyacht expeditions to the ends of the earth

Tech: Will Rolls Royce 'robo-ships' be the end of sailors?