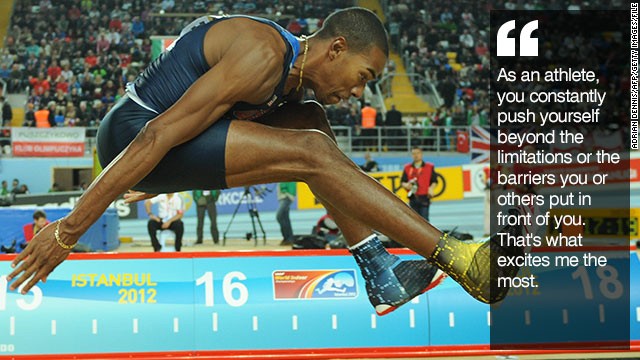 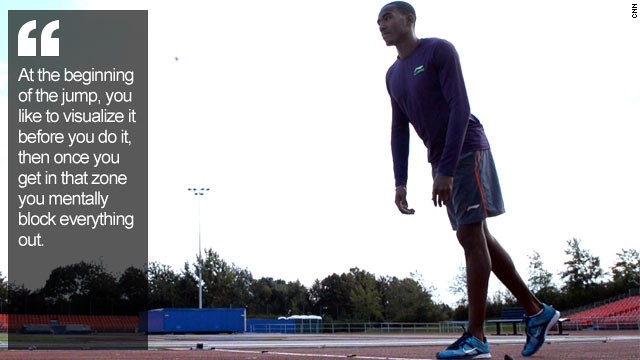 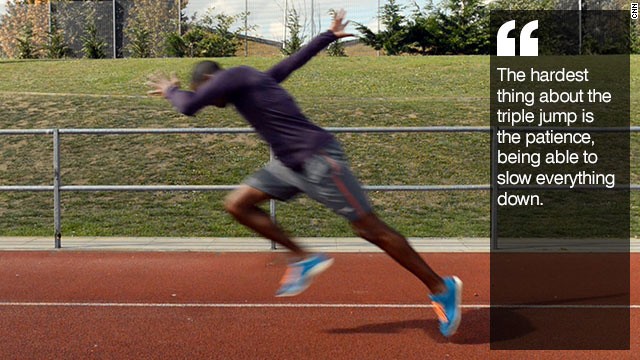 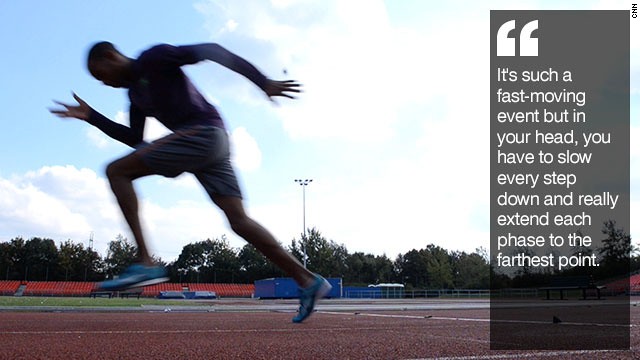 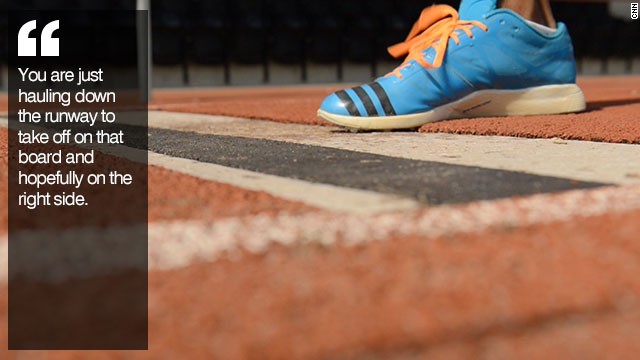 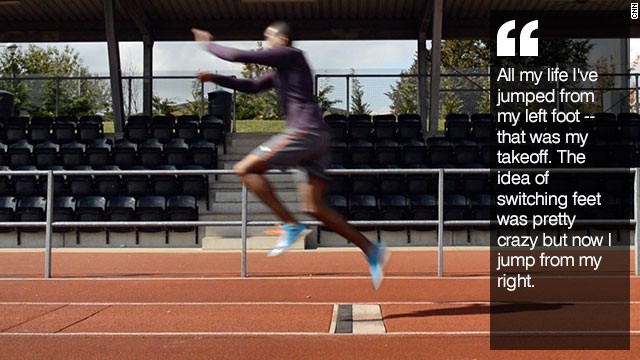 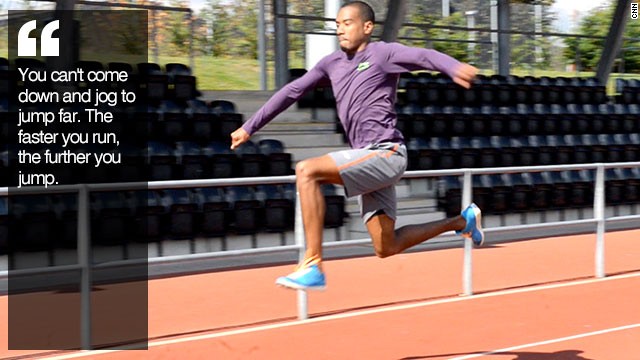 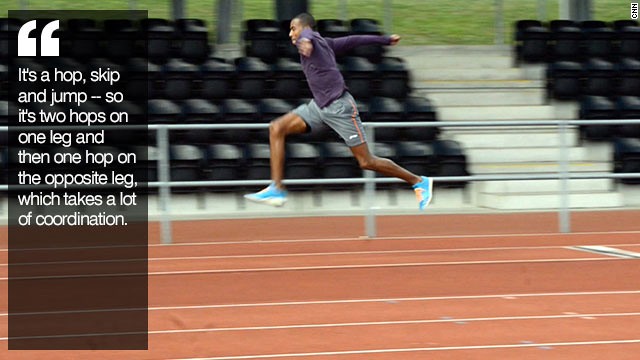 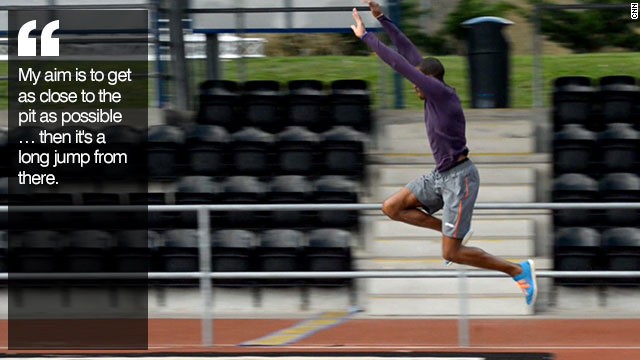 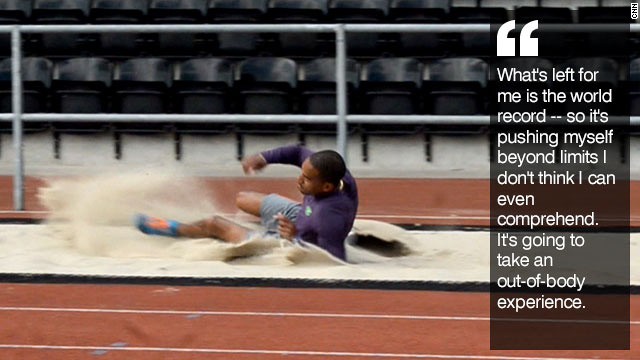 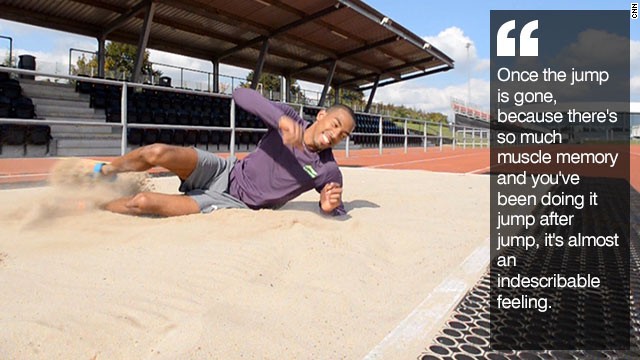 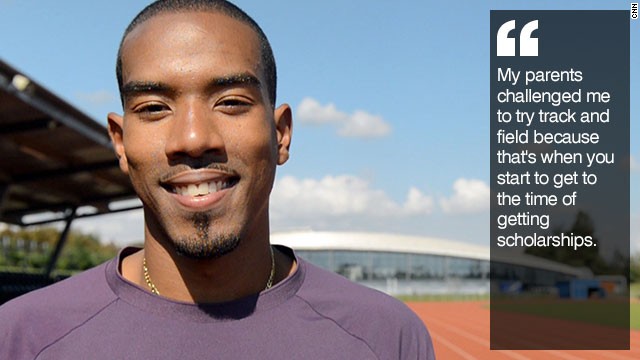 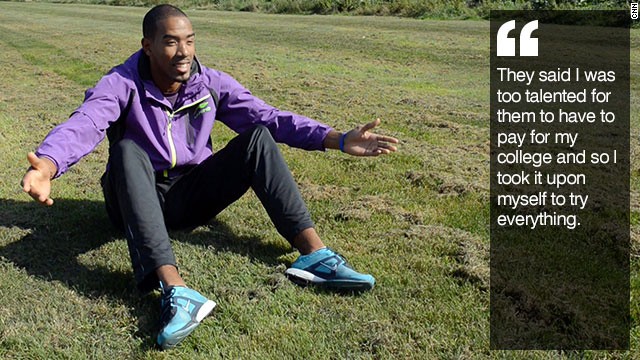 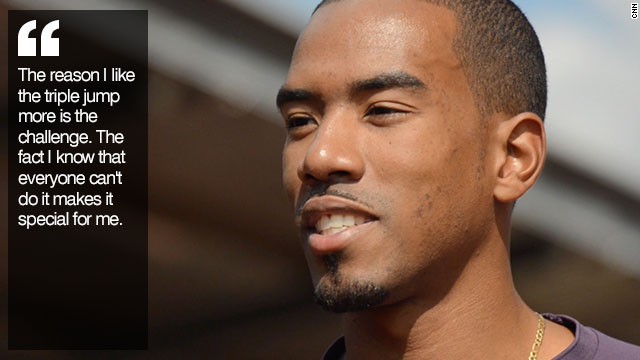 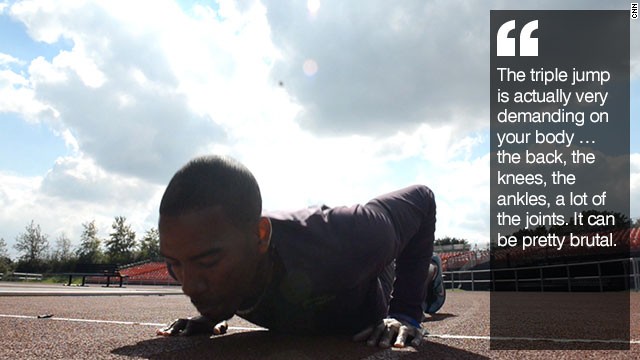 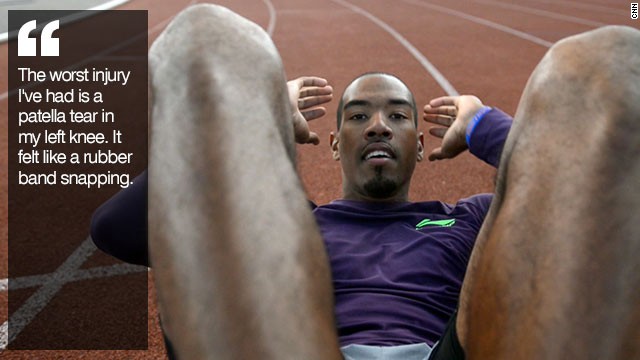 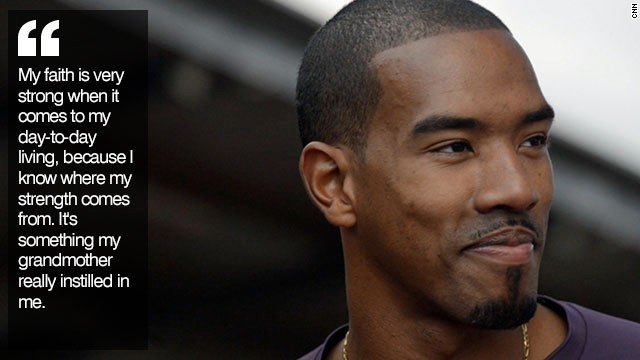 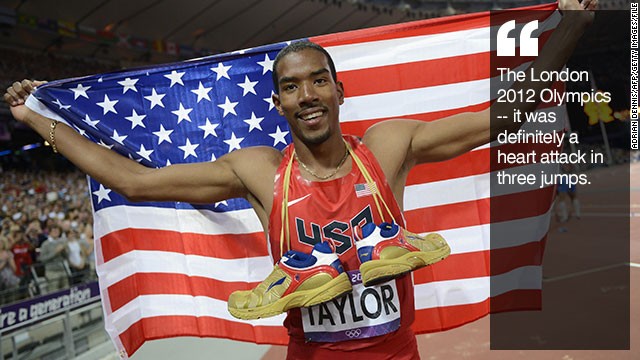 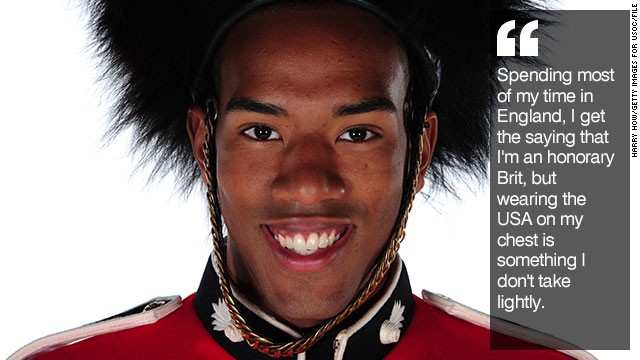 But in order to continue competing in the sport he loves, he's had to go back to square one. Retrain his muscle memory and try a new way.

For an athlete who's used to constantly repeating his routine, day after day, year after year, it was a big deal.

"All my life I've jumped from my left foot -- that was my takeoff -- and even winning the 2012 Olympics, that was the foot I jumped from, so the idea of switching feet was pretty crazy," the American tells CNN's Human to Hero series.

"You have to almost use a different side of the brain. My left leg was muscle memory, I could do that day in, day out, and now to do that off my right, it took a little while to get over it."

So why take such a big risk? Taylor had no choice -- triple-jumping had taken its toll on his knee joints and he was facing the prospect of having to quit in his prime; at 22, he was the youngest man to win the discipline's Olympic title in 100 years.

"People around me would say, 'You've won so many things, can you not continue through the pain?' but it was to the point that it was either that I try and blow out my knee or I just give it up," says the 2011 world champion.

"I love this too much -- my passion for it exceeded the doubt -- and once I just committed to it, I was like this is it. I'm going to make it happen.

"My parents always brought me up with the saying, 'Where there's a will there's a way,' so I was willing to do what it took and now I'm making the way."

It just hit me that today was my last practice for the 2014 season. I can do all things through HIM, and HE has blessed me in so many ways.

During the hard times that followed, he was able to draw on the religious beliefs instilled in him by his grandmother.

"My faith keeps me to who I am, because a lot of times there are a lot of distractions, a lot of pressures that come with the lifestyle," Taylor explains.

"But keeping that faith and just remembering who I am is very important to me. I have my daily devotions."

His persistence has paid off. While he finished outside the medals at last year's world championships, finishing fourth, he has completed a hat-trick of titles in the lucrative Diamond League series.

A season's best leap of 17.51 meters at the Zurich meeting in August earned the 24-year-old the $40,000 jackpot as the leading men's triple-jumper over seven events.

Taylor has not only overcome physical challenges, but geographical ones too.

After he won at London 2012, and then sealed that year's Diamond League crown, his coach Rana Reider decided he wanted to move to Britain to take up a new role with its national team.

"That was very difficult because all my family was in the U.S. My sister just got a scholarship and she moved to Jacksonville and I was training in Daytona, Florida (the state where he went to university) so we were only an hour away and that was very, very special to me that I could see her at any time," Taylor says.

"But now that was all taken away from me very quickly. It was a big decision, but at the same time it was also an easy decision, because if you want to be the best sometimes you have to make sacrifices.

"So I said, 'We make a special team and we've been successful,' and so I just had to follow him over here -- and another surprise was we weren't even in London!

"We were in Loughborough (where UK Athletics' high-performance center is based) and it was literally in the middle of nowhere. It was farmland and people spoke a little different there, so it was quite an adjustment."

Recap of my Sunday.Nice season best in the long jump and caught up with my family.On the way to Zurich. #trulyblessed pic.twitter.com/9rrD8CxUCA

Indeed, the market town in the East Midlands of England was a long way from Fayetteville, Georgia, where his parents -- immigrants from the West Indian island of Barbados -- moved after Taylor's birth in Long Island, New York.

"My childhood was the typical American story -- I played football, basketball, a lot of soccer growing up. My parents were taking me to karate, so I really tried it all," he recalls.

"They challenged me to try track and field because that's when you start to get to the time of getting scholarships, and they said I was too talented for them to have to pay for my college."

The teenage Taylor tried 100-meter sprints, and even cross-country, but via long-jumping he discovered his true path.

"The triple jump is a hop, skip and jump -- so it's two hops on one leg and then one hop on the opposite leg, which takes a lot of coordination," he says.

"The fact I know that everyone can't do the triple jump makes it special for me. The hardest thing about it is the patience.

"It's such a fast-moving event, but in your head you have to slow every step down and really extend each phase to the farthest point."

Taylor says the crowd plays a big part in spurring him to leap further.

"I like to get the fans involved. Get that encouragement and kind of feed off that energy. From then, you just take off and it's 90-95% full speed," he says.

"You have to be fast. You can't come down and jog to jump far. The faster you run, the further you jump."

In keeping with his multisport background, Taylor is also versatile in track and field -- this season he competed in the long jump as well, setting the fifth-best leap in the Diamond League of 8.09 meters and finishing third overall.

He has also been running 400 meters -- which he hopes may be a stepping stone to a place in the U.S. relay team for the 2016 Rio Olympics, where he also plans to defend his triple-jump title.

"It's pushing myself beyond limits I don't think I can even comprehend at this time -- it's going to take an out-of-body experience, so I'm pretty excited about that.

"I would like to do it at a world championships but if it happens also in Rio, I won't say not to that," he adds, breaking into a trademark smile.

Ultimately, Taylor is hoping to steal some of the limelight enjoyed by Usain Bolt, the biggest name in athletics and arguably the most charismatic man in world sport.

"When Usain walks onto the track, the lights turn on, the people are to their feet and it's an energy like no other -- and that's something I strive for myself," he says.

"I want to bring not eyes just to myself but to the triple-jump because I think right now it's such a hard event, and I think getting that to the limelight would be pretty special."