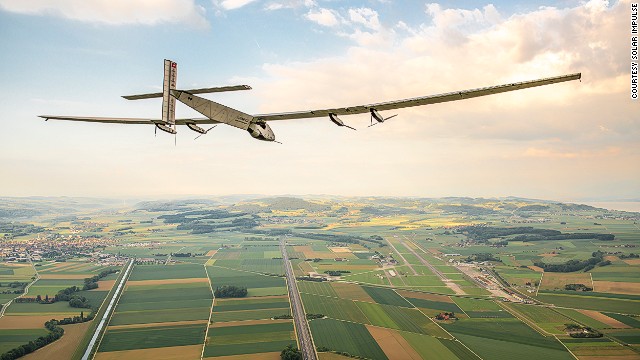 Solar Impulse 2 aims to be the first solar plane in history to fly around the world. It was recently announced Abu Dhabi will be the host city for the flight. The plane made its first test flight in June, and when it takes off on its round-the-world trip, will make Abu Dhabi both the first and last stop. 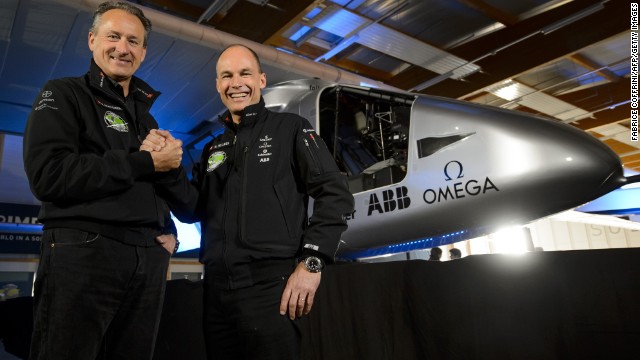 The plane is the brainchild of Swiss pilots Bertrand Piccard (right) and Andre Borschberg (left). The aviation pioneers will attempt to record the longest flight in aviation history, flying for 120 hours non-stop. 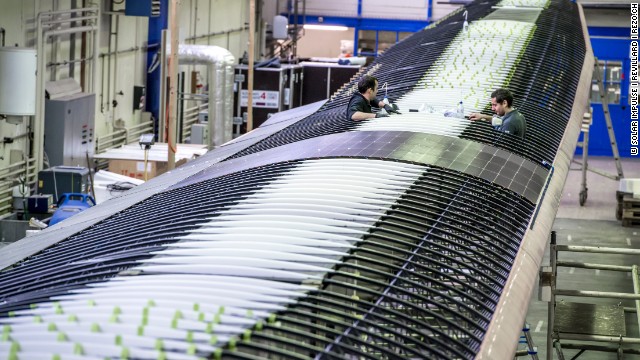 The top surface of the Solar Impulse 2's wings is covered with 17,000 solar cells that supply four electric motors with renewable energy. Its batteries can store enough solar daytime energy to keep the plane moving throughout the night. 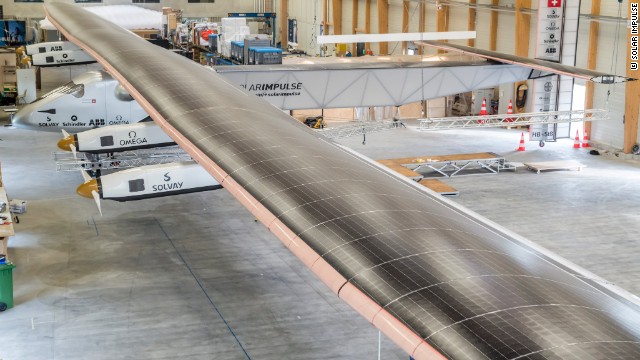 The plane's wings stretch for a massive 72 meters, while its weight stands at just 2,300 kilograms. 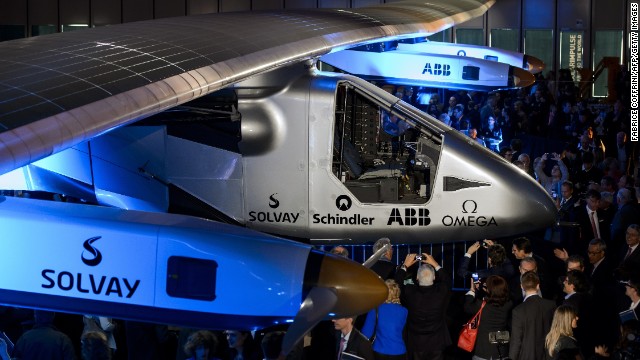 The plane's 3.8 m3 cockpit has been designed to ensure that a pilot can live there for a week. 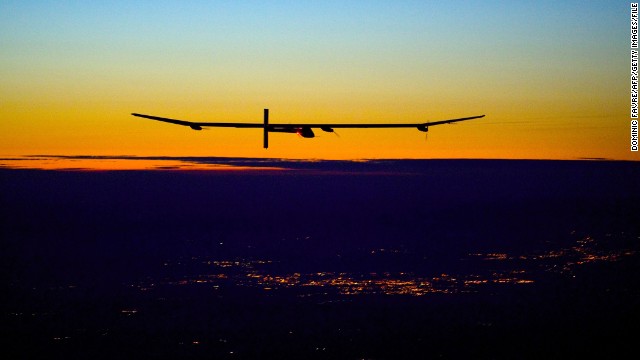 Solar Impulse 2 is the upgraded version of a prototype (pictured here) that wrote history in 2010 by becoming the first solar aircraft capable of flying overnight. 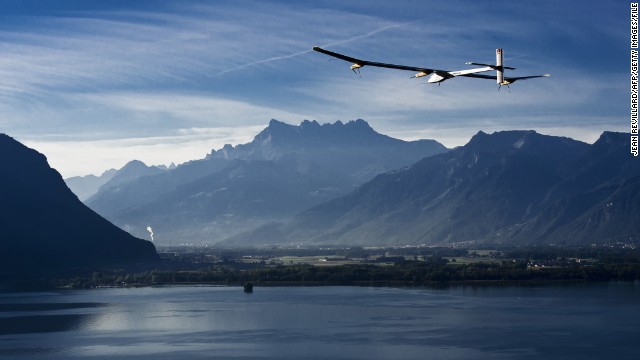 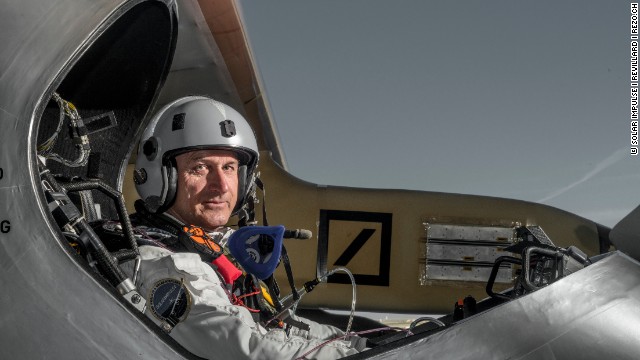 An aviation enthusiast, Borschberg is an engineer by education and an MIT graduate in management science who has been involved in several startups and technology projects over the years. 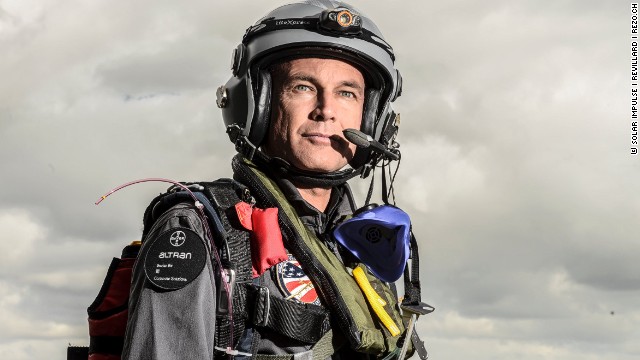 Hailing from a long family of scientists and explorers, Piccard, who is also a doctor and a psychiatrist, is the first man to fly around the world non-stop in a balloon. 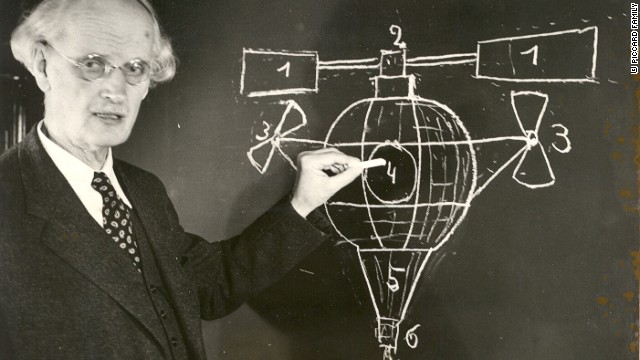 His grandfather, Auguste Piccard, was a professor of physics who helped pave the way for high-altitude navigation by inventing the pressurized cabin and becoming the first person to reach the stratosphere in a balloon. 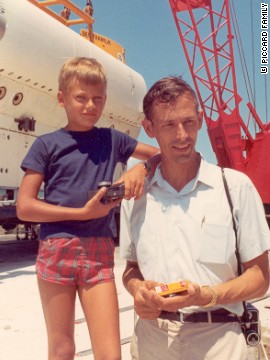 Piccard's father, Jacques, was the first man to dive to the bottom of the Marianas Trench -- 10,916 meters -- the deepest point of the world's oceans. 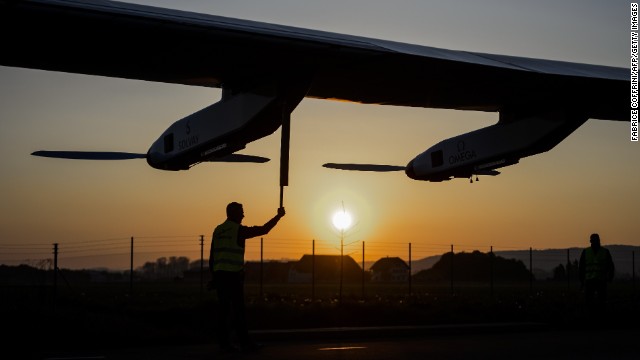 (CNN) -- Where better to start a record-breaking solar powered flight than the desert?

The UAE may be one of the most oil dependent states in the world, but next March it will be the start and finish location for Solar Impulse 2, a solar-powered plane that aims to circumnavigate the world using only the power of the sun.

The Solar Impulse made headlines last year when, piloted by co-founders Bertrand Piccard and Andre Borschberg, it took a solar-powered trip across the United States. A single-seater plane fitted with 12,000 solar cells and four electrically-powered propellers, it was also the first aircraft powered by renewable energy that could fly non-stop for 24 hours.

The next version, the Solar Impulse 2, will have 17,000 solar cells built into the wings that have a span longer than a Boeing 747. The plane is expected to make the round-the-world trip in around four to five months, with some legs lasting as long as 120 hours non-stop. The first and last stop will be Abu Dhabi.

"This well-matched partnership will show Abu Dhabi to be a center of expertise when it comes to renewable energy," said Piccard in an official statement.

"At the same time, Solar Impulse will demonstrate the far-reaching applications of clean energy during the first solar-powered flight around the world." 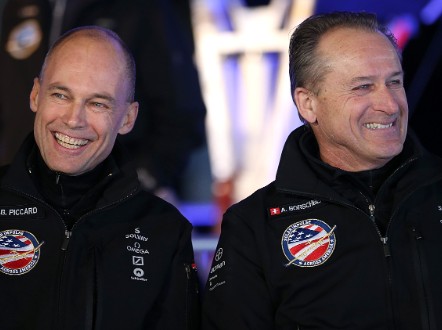 Masdar, Abu Dhabi's renewable energy company, is also a partner in the project, and will help the Solar Impulse team train and test the aircraft before it takes to the skies.

"Abu Dhabi, Masdar and Solar Impulse have in common a pioneering spirit, a long-term vision and a desire to explore new horizons," said Dr. Sultan Ahmad Al Jaber, Masdar's chairman, and the UAE minister of state, also in an official statement, adding:

"We share a commitment to foster the development of technological advances in alternative energy sources in order to contribute to a cleaner, more sustainable future."

Read: Why is Dubai a plastic surgery hub?