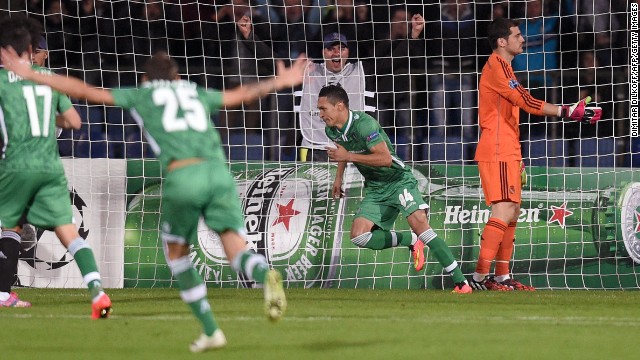 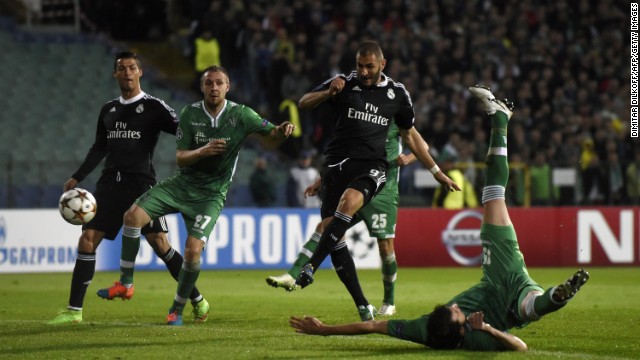 But after Cristiano Ronaldo had scored from the penalty spot -- minutes after having a spot kick saved -- Karim Benzema saved Real's blushes with a 77th minute winner. 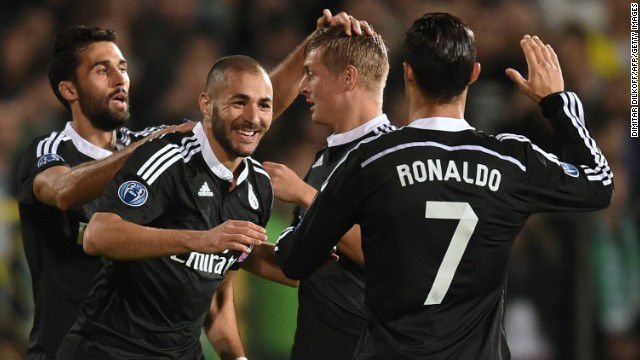 Benzema is congratulated on his winner as Real breathed a sigh of relief to come away with all three points. 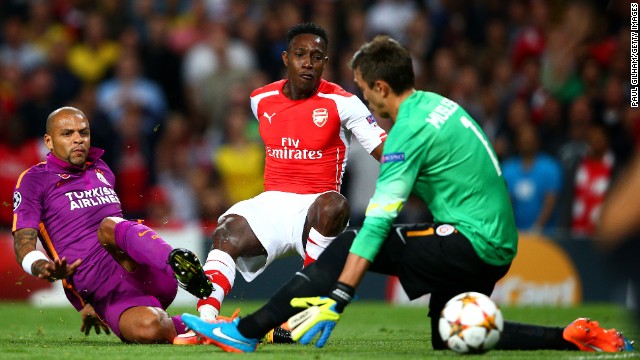 Danny Welbeck grabbed his first hat-trick for Arsenal as the English club beat Turkish side Galatasaray 4-1 at Emirates Stadium. Alexis Sanchez got the other goal while Arsenal goalkeeper Wojciech Szczesny was sent off. 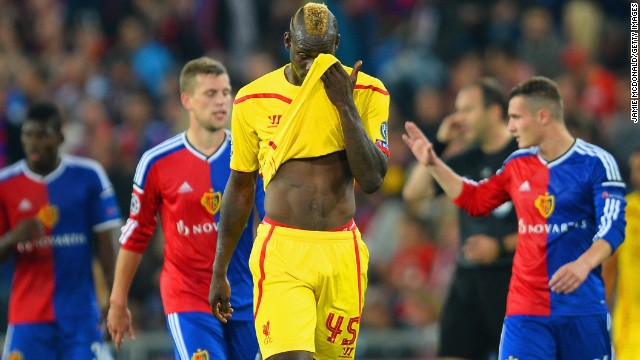 Liverpool slumped to defeat against Basel in Switzerland, Marco Streller scoring the winner. It proved another frustrating night for Liverpool striker Mario Balotelli. 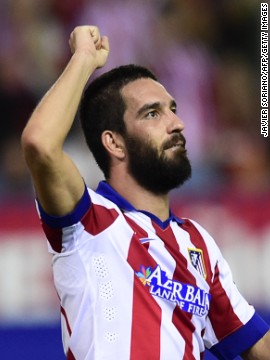 (CNN) -- Ludogorets Razgrad may only have been founded 13 years ago but on Wednesday it stood on the brink of the biggest result in its brief history.

The Bulgarian club, transformed by multi-millionaire businessman Kiril Domuschiev, stood a mere 13 minutes away from a draw with European champions Real Madrid.

In front of a packed National Stadium in the Bulgarian capital of Sofia, the Spanish side's superstars -- including Cristiano Ronaldo, James Rodriguez, Gareth Bale -- were on the verge of a major embarrassment.

But Carlo Ancelotti's side aren't Champions League holders for nothing and France striker Karim Benzema got them out of jail in the nick of time with a goal that sealed a 2-1 win. 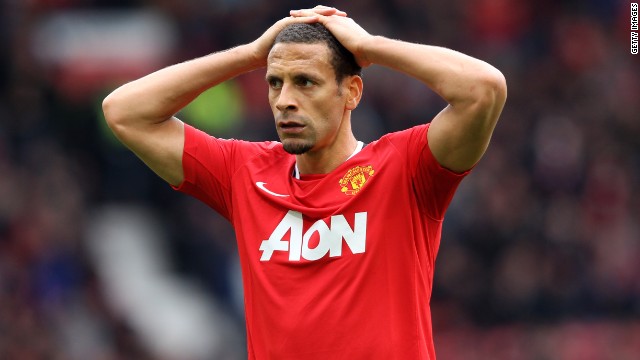 Rio Ferdinand joined Manchester United in 2002 for a fee of £30 million ($48.5 million) which made him the world's most expensive defender at the time. He won six Premier League titles and the 2008 Champions League during his 12-year spell at Old Trafford. 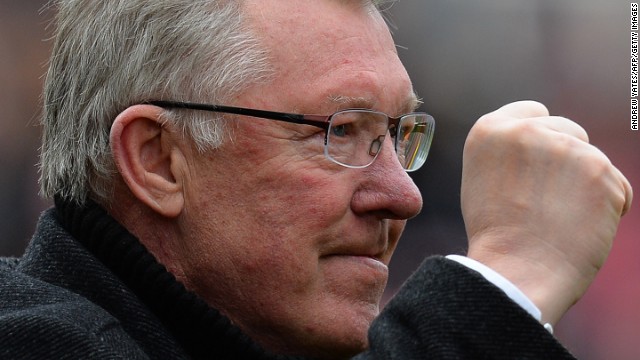 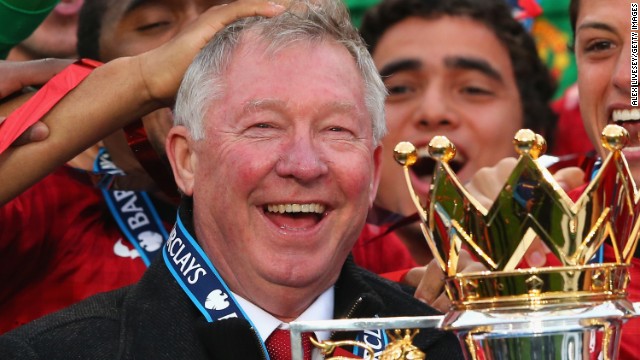 Ferguson signed off by winning the Premier League title for the 13th time. He nominated David Moyes, then at Everton, to replace him as manager. 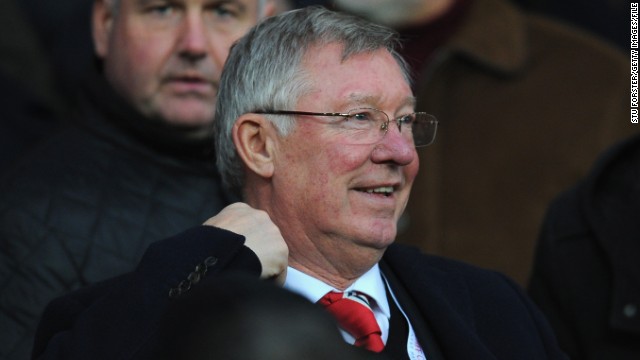 Some critics have blamed Ferguson for failing to ensure the squad was in better shape before he handed over to Moyes. It is an accusation rejected by Ferdinand. 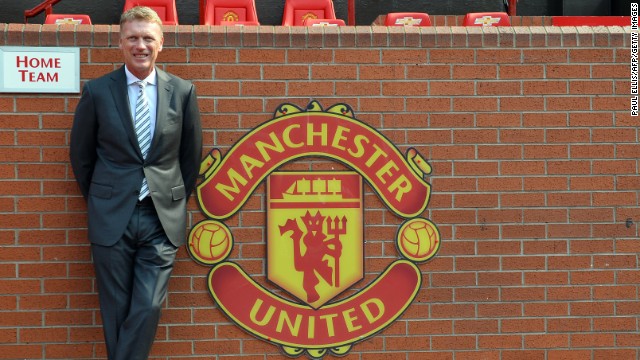 Moyes was Ferguson's personal choice to succeed him as the next manager of United following his impressive work at Everton. He signed a six-year deal on May 9 but lasted just 10 months. 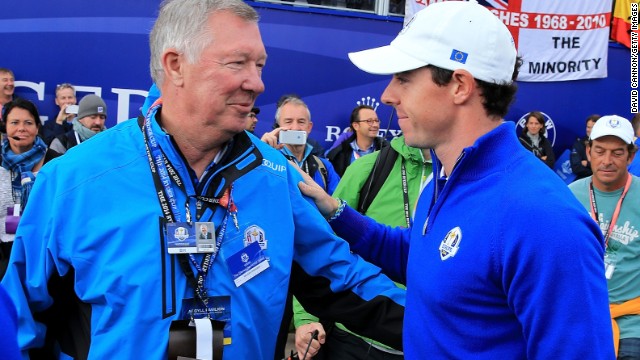 Ferguson attended last week's Ryder Cup at Gleneagles where he gave a speech to the European team ahead of the competition. 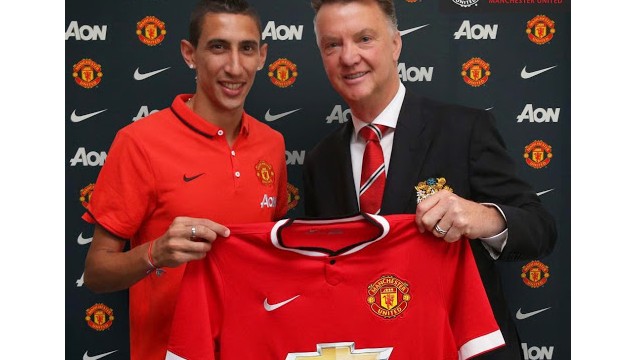 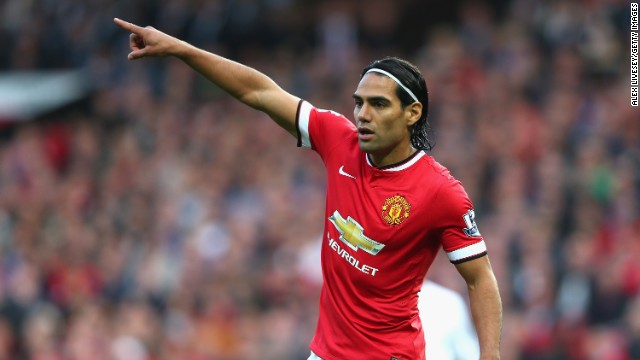 In defense of Ferguson 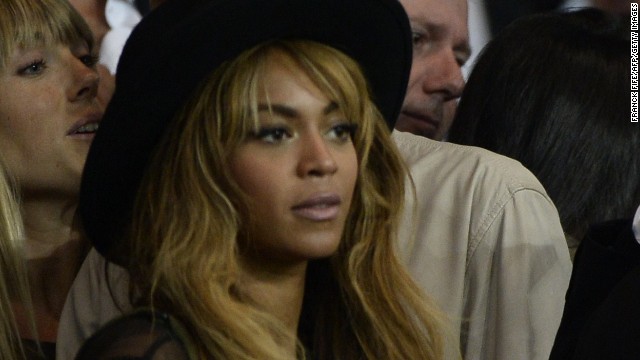 Beyonce has been rumored to be a Liverpool fan but she was in Paris on Tuesday night to take in a Champions League match in the French capital. 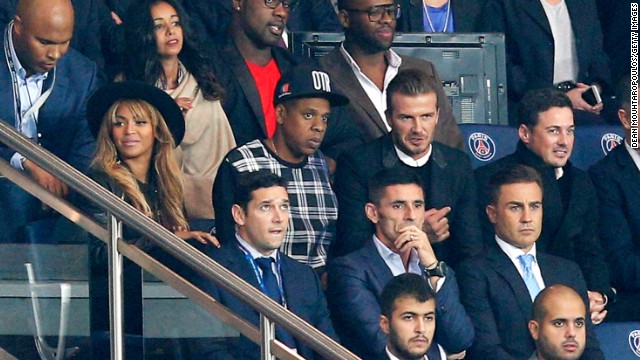 Beyonce was joined by husband Jay-Z and David Beckham, who finished his career at Paris Saint-Germain. The French champion defeated Barcelona 3-2 in a thrilling contest. On the row in front of Beckham, just to his right, is Italian World Cup winner and former Real Madrid star Fabio Cannavaro. 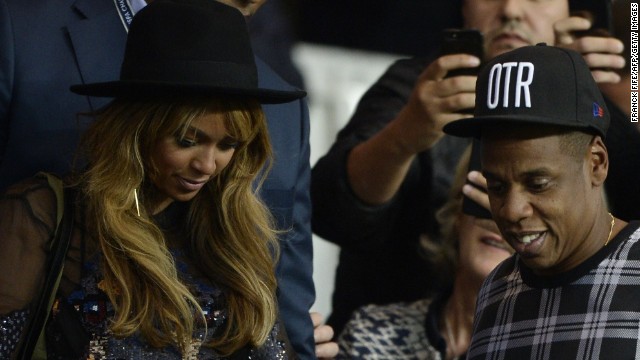 Neither Beyonce nor Jay-Z are known for their love of football but they were treated to an entertaining game with PSG. Despite being without Zlatan Ibrahimovic, Paris still managed to score three times. 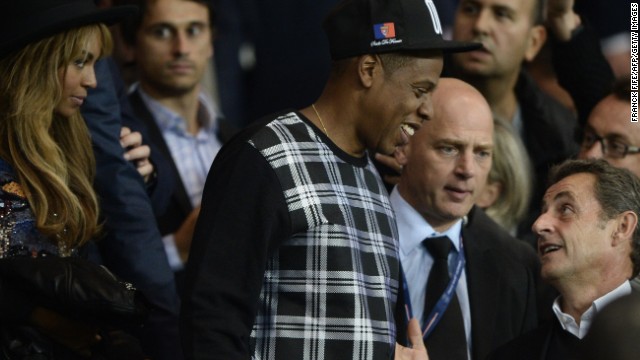 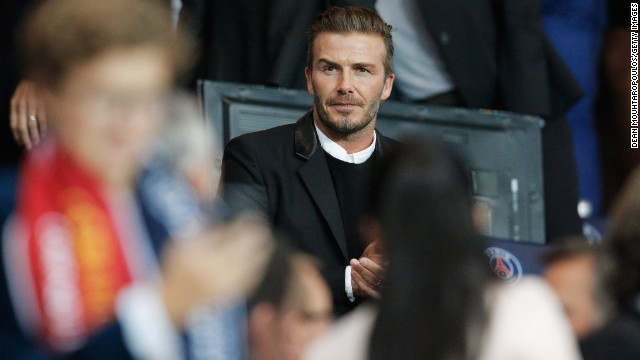 Beckham spent five months with PSG before retiring from football at the age of 38. The former Manchester United star also played for Real Madrid, LA Galaxy and AC Milan. 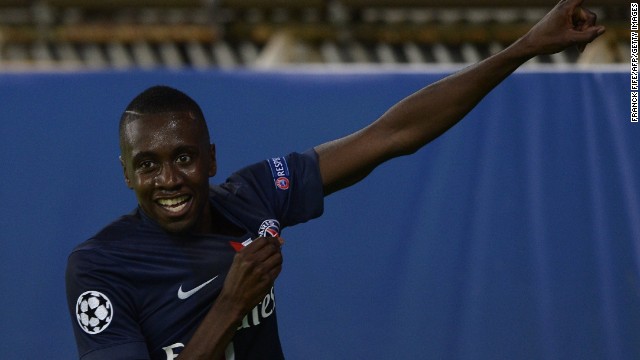 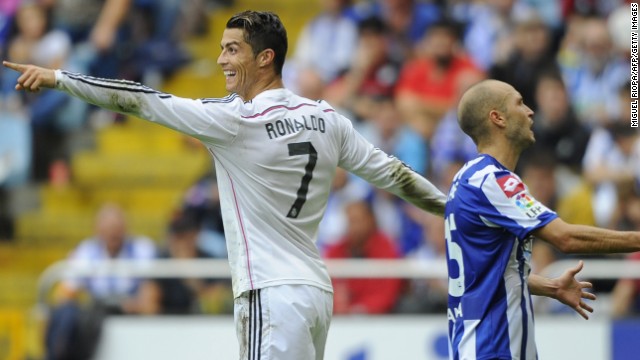 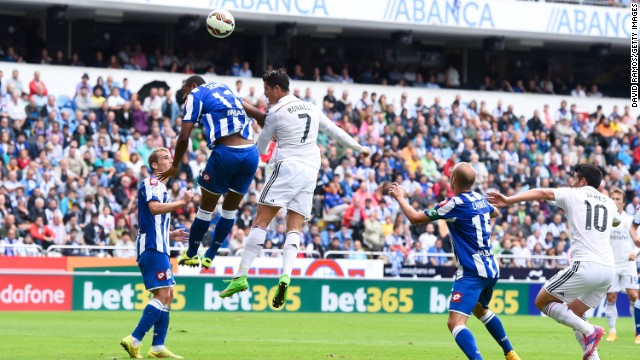 Ronaldo followed up his midweek goal in the Champions League thrashing of Basel by heading the opener in the La Liga match. 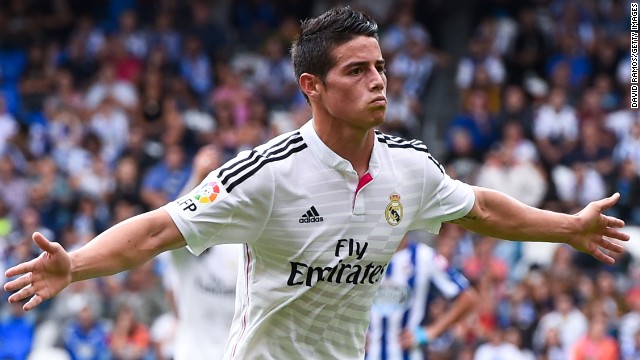 James Rodriguez, who won the golden boot at the 2014 World Cup before joining Real from Monaco, celebrates in Ronaldo style after his superb curling effort made it 2-0. 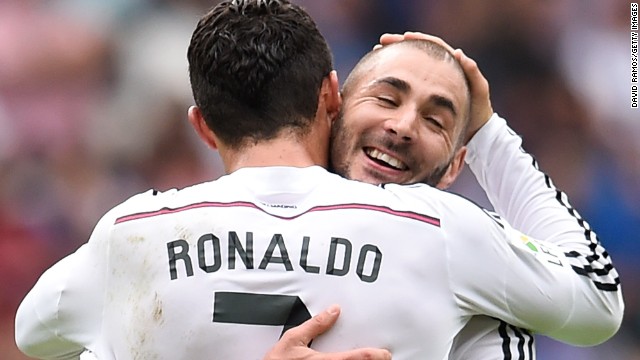 World player of the year Ronaldo celebrates with Karim Benzema after a goalkeeping error by German Lux gifted him a second goal for 3-0. 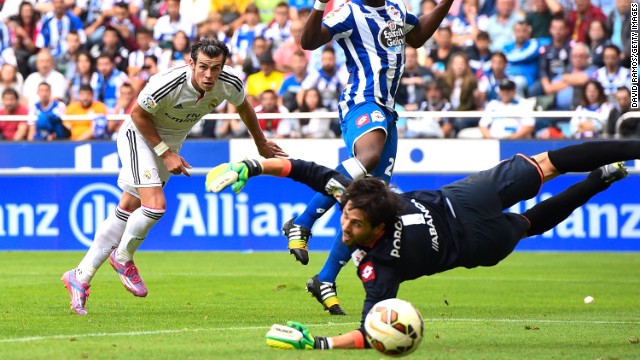 Gareth Bale, who surpassed Ronaldo last year as the world's most expensive signing, made it 4-1 with the first of his two goals. 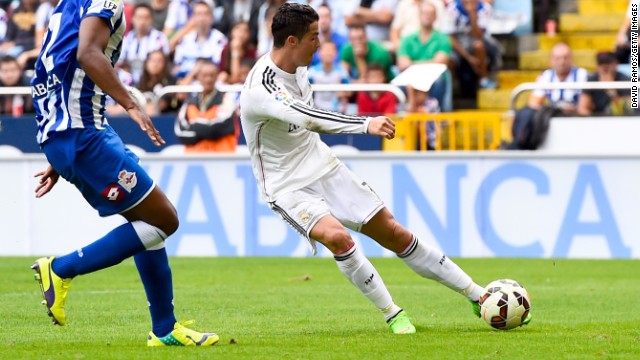 Ronaldo completed his hat-trick for 6-1, giving him five goals in three La Liga games this season. 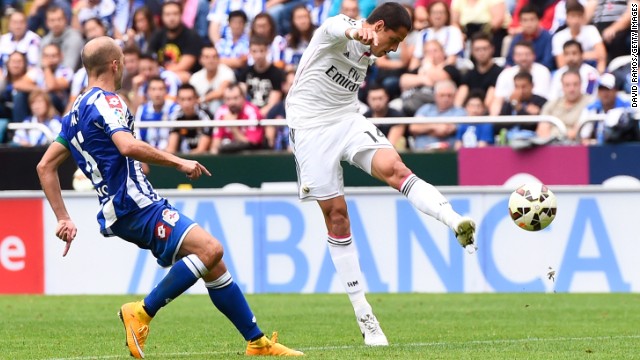 The minnows had gone ahead, Marcelinho converting from a corner after just 6 minutes to send an already excited crowd into raptures.

Ironically, it was defender Cosmin Moti who gave the Portuguese the chance to make amends 15 minutes later after bringing down the world player of the year inside the area.

Moti had been Ludogorets' hero when it made the group stage, going in goal after its goalkeeper was sent off and saving two penalties against Romania's Steaua Bucharest in the playoff.

But Moti could only watch on as Ronaldo found the bottom corner to restore parity.

Ludogorets gave as good as it got in an open second half but just as it looked as if the match was destined for a draw, Benzema finished neatly from a right wing cross.

The other match in Group B saw English Premier League club Liverpool beaten 1-0 by FC Basel in Switzerland.

Marco Streller scored the only goal of the game, pouncing on a loose ball inside the penalty area to slot into the roof of the net from close range.

Captain Steven Gerrard told Sky Sports: "They wanted it more and we were second best against an OK team. We made it easy for them. We wanted at least a draw and I expected us to win so I'm very disappointed."

Danny Welbeck notched his first hat-trick in Arsenal colors as the Gunners thumped Turkish side Galatasaray 4-1 at Emirates Stadium in London.

The striker, signed by Arsene Wenger from Manchester United on transfer deadline day, struck first on 22 minutes after a through ball from another new recruit -- Alexis Sánchez, signed from Barcelona.

Poor defending from the Turks allowed Welbeck to double his tally eight minutes later, as he raced onto a misplaced header from Felipe Melo and finished into the bottom corner.

Sanchez ensured Arsenal went into the break leading by three as he cut inside and found the same corner Welbeck had moments earlier.

And England forward Welbeck completed his first treble for his new club with a neat finish on 52 minutes, dinking the ball over Fernando Muslera from Alex Oxlade-Chamberlain's pass.

Arsenal were reduced to 10 men when goalkeeper Wojciech Szczesny brought down Burak Yilmaz in the area, the striker slotting home from the spot after substitute David Ospina had come on.

Webeck told Sky Sports of his first senior hat-trick: "The manager has shown a lot of faith in me and I'm delighted to repay him.

"I'm playing up front in my favored position and I'm going to do everything I can to help the team."

Wenger, celebrating his 18th anniversary as Gunners boss, added of the striker: "It was a great performance -- he has the instinct of a goalscorer and finished well the work of the team."

Elsewhere, a double from Adrián Ramos helped German outfit Borussia Dortmund to a 3-0 victory over Anderlecht in Belgium, Ciro Immobile grabbing the other goal.

A late goal from Arda Turan sealed victory for Spanish champions Atletico Madrid over Juventus. It was the first goal the Italian champions had conceded this season.

A double from Markus Rosenberg helped Malmo to a 2-0 victory over Greek club Olympiakos in Sweden, while French side Monaco and Zenit St Petersburg drew 0-0 in Russia.