(CNN) -- When actress Emma Thompson went to the Arctic with Greenpeace, Hugh Grant teased her fashion sense via Twitter. The actress, posing in a puffy green jacket for photos, admitted in her reply that she looked "like a sofa."

But the two were pushing a much more serious message: Save the Arctic.

Thompson -- known for her roles in Howards End, The Remains of the Day and Harry Potter -- joined Greenpeace crew in August aboard the activist ship Esperanza. The trip, which took in polar bear habitats and scientific research stations, reignited Thompson's decades-long interest in climate and conservation.

Thompson, who traveled to the Arctic with her 15-year-old daughter Gaia Wise, told CNN she had been shocked by what she'd seen.

The increasingly insane Emma Thompson is sailing with Greenpeace to help #savethearctic. Track her and laugh at her anoraks @savethearctic

.@HackedOffHugh I look like a sofa. You were right, you bastard! #SaveTheArctic pic.twitter.com/o4o7SNm5Dv

"Our economic systems at the moment are very short sighted, they don't take any notice really of what's going to happen in future generations," she said.

Thompson said seeing the evidence of disappearing sea ice was devastating. "You can see how the glaciers have reduced in size and shrunk because there's 50 to 80 meters of watermark on the valley walls," she said.

Speaking for the Save Arctic campaign, Thompson challenged governments to stop drilling and industrial fishing in the Arctic.

"If we destroy [the Arctic], we are going to end up with a planet that is no longer liveable on, and we will have nothing, we won't have any economies to sustain." 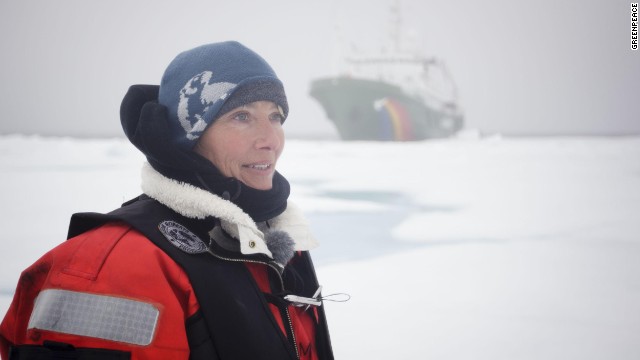 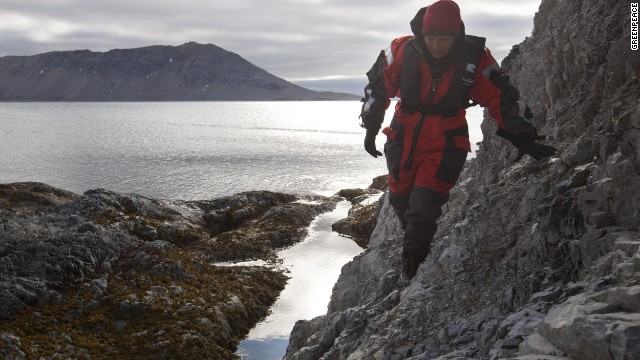 She visited polar bear habitats and scientific research stations in the Arctic.

Thompson has gone on an Arctic expedition to call on governments to protect the area. 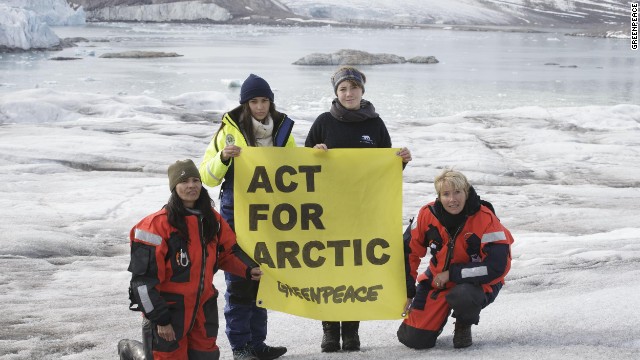 The size of the Arctic sea ice has decreased between 3.5% to 4.1% per decade between 1979 and 2012, according to World Wildlife Fund statistics. 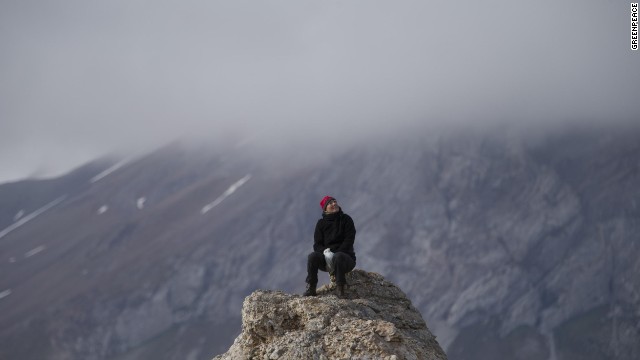 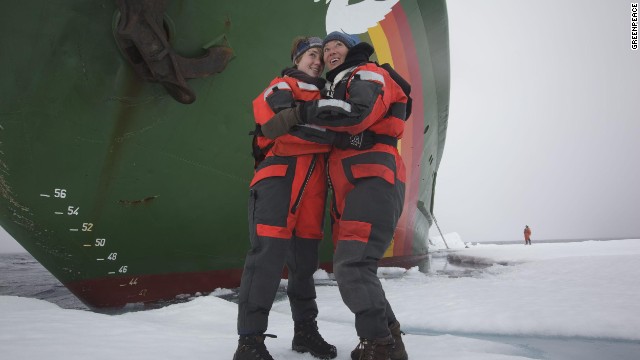 Thompson was joined by her 15-year-old daughter Gaia Wise, who said the "destruction was like we're being attacked by Martians, only we're the Martians." 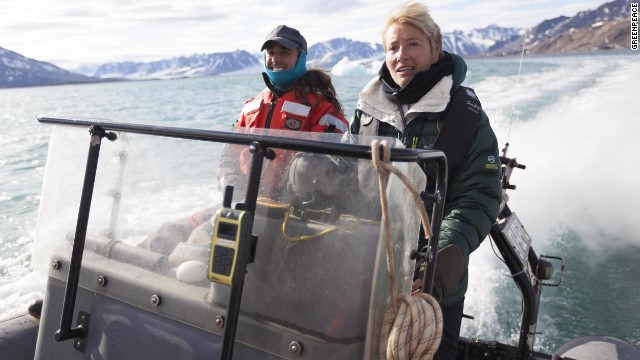 Environmental activists like Thompson are campaigning against the drilling, saying any spills or accidents would have disastrous impact on the planet. 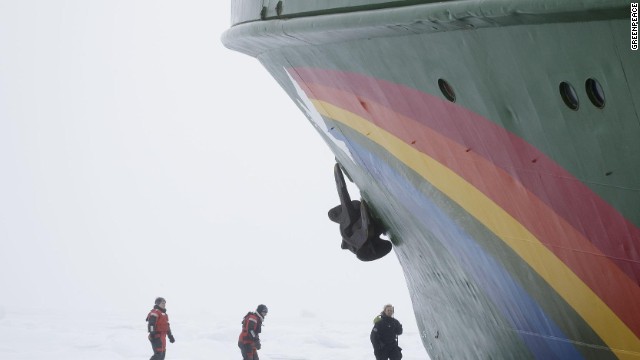 Emma Thompson in the Arctic

Arctic sea ice keeps the polar regions cool and helps moderate the global climate. The Arctic sea ice reflects around 80% of sunlight that strikes it back to space, keeping the planet cool. If the ice melts, most of the sunlight gets absorbed in the ocean and temperatures rise.

The size of the Arctic sea ice has decreased between 3.5% to 4.1% per decade between 1979 and 2012, according to World Wildlife Fund statistics.

But the Arctic also holds the world's largest untapped oil and gas reserves, making drilling and exploration a lucrative prospect.

Rosneft and Exxon Mobil last week announced a discovery of a new oil field in the Arctic, while Royal Dutch Shell submitted plans to restart exploration in Alaskan Arctic.

Environmental activists like Thompson are campaigning against the drilling, saying any spills or accidents would have disastrous impact on the planet.

Thompson said her daughter's response to seeing the destruction was "like we're being attacked by Martians, only we're the Martians."

The thought encapsulated what was wrong with the world's response to climate change, Thompson noted. "I thought it was so brilliant because if we were attacked by Martians, things would happen very, very fast.

"We would all get together, governments would get together and we would say 'what are we going to do,'" she said.

Read more: World has lost more than half its wildlife in 40 years