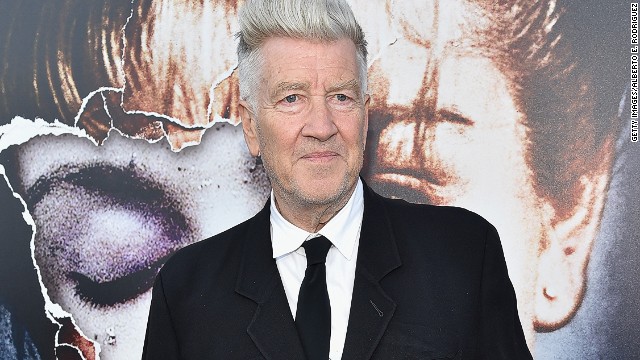 David Lynch appears at a party for the premiere of "Twin Peaks" on Blu-ray earlier this year.
STORY HIGHLIGHTS

(CNN) -- Prepare a pot of damn fine coffee and enjoy a slice of cherry pie: "Twin Peaks" is coming back.

The offbeat TV series, created by David Lynch and Mark Frost, will be returning to television in 2016, according to a strange (of course) video posted on Showtime's YouTube channel. The original show ran on ABC in 1990 and 1991 and spawned a 1992 theatrical film directed by Lynch, "Twin Peaks: Fire Walk with Me."

According to a press release from Showtime, "Twin Peaks" will be a limited series of nine episodes. Lynch and Frost will write and produce each one and Lynch will direct all nine.

When it debuted, "Twin Peaks" was like nothing else that had ever aired on television. Lynch (then best known as the director of "Eraserhead" and "Blue Velvet") and Frost -- who had written for "Hill Street Blues" -- created an eerie story starring Kyle MacLachlan as FBI agent Dale Cooper, who had come to the Pacific Northwest town of Twin Peaks to investigate the murder of a high school girl named Laura Palmer.

The murder mystery was only the entry point into a bizarre world, one that was alternately drily witty and brutally violent. The straight-arrow Cooper was fond of a diner's "damn fine coffee" and pie to an almost absurd degree. The show featured a one-armed man, a dancing dwarf, rumblings at the local lumber mill and a malevolent spirit named BOB.

The tone was set with Angelo Badalamenti's ghostly theme music.

"Twin Peaks" started off a huge hit, but as the plot became more obscure and the mood became darker, the audience dwindled, especially in the second season. However, those who stayed with it were a hardcore bunch, enough to prompt the theatrical film so Lynch could tie up some loose ends (or not, being Lynch).

Despite diverse reviews, the show remains one of the most influential in television history, with its involvement of a noted movie director, its willingness to take audiences to far-out places, its deliberate pace and its obsessed-about plot points and character tics. In many ways, it was ahead of its time.

Showtime plans to show the entire run of the TV series before the premiere of the new "Twin Peaks" episodes.

"What more can I say -- 'Twin Peaks' with David Lynch and Mark Frost on Showtime in 2016!" said Showtime President David Nevins. "To quote Agent Cooper, 'I have no idea where this will lead us, but I have a definite feeling it will be a place both wonderful and strange.'"