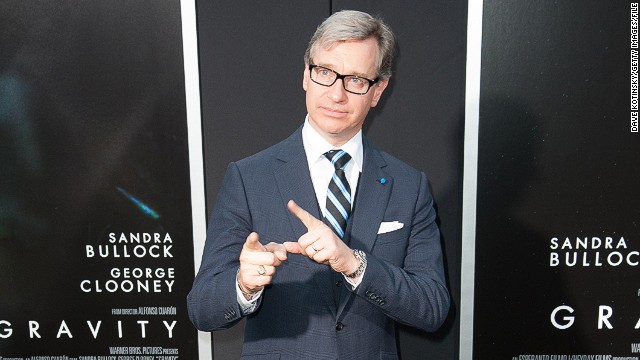 Paul Feig, who's directed comedies "The Heat" and "Bridesmaids," will write and direct the new "Ghostbusters" movie.
STORY HIGHLIGHTS

(CNN) -- Fear not: The new "Ghostbusters" movie you've heard about is officially on the way -- and it's starring "hilarious women."

"Bridesmaids" director Paul Feig confirmed on Twitter on Wednesday that he'll be helming the project, and he knows exactly who he's "gonna call" to star in it.

It's official. I'm making a new Ghostbusters & writing it with @katiedippold & yes, it will star hilarious women. That's who I'm gonna call.

Of course, he didn't name names, but we bet Feig agrees with Bill Murray that actresses like Melissa McCarthy and Kristen Wiig should be at the top of the casting call list. (Both McCarthy and Wiig worked with Feig in 2011's hit "Bridesmaids," and McCarthy returned to work with him on 2013's comedy "The Heat.")

Feig also noted that he'll be scripting this project along with "Parks and Recreation's" Katie Dippold.

The idea for another "Ghostbusters," this time with a crew of women doing the paranormal hunting, was first raised in August. Feig hinted strongly at the time that he was going to be involved.