Parents welcome, say goodbye to baby for whom they created bucket list 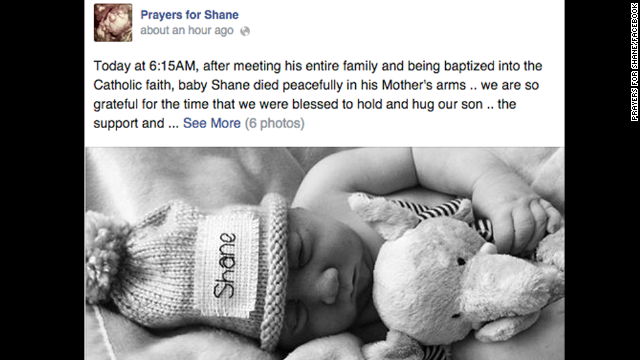 Shane Michael Haley's parents made a bucket list for him before he was born early Thursday. He was diagnosed in the womb with a birth defect that cut his life expectancy to a few hours. 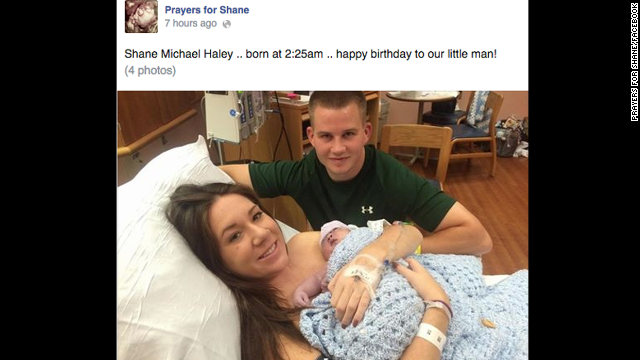 Jenna and Dan Haley's adventures with their son became a sensation. Shane died at 6:15 a.m. Thursday, October 9, about four hours after he was born. 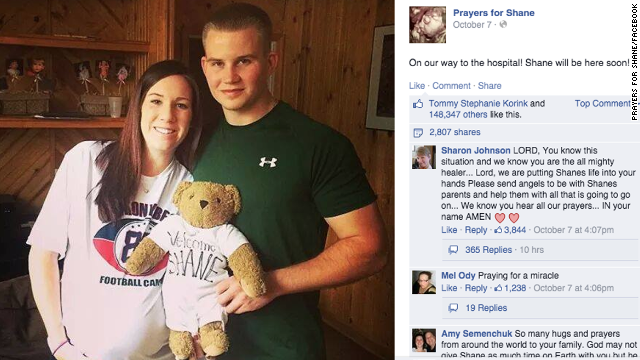 (CNN) -- Before he was even born, Shane Michael Haley had met the Philadelphia Phillies, been to the top of the Empire State Building and shared a cheesesteak with his parents.

The priceless moments were part of a bucket list that Jenna Gassew and Dan Haley created after Shane was diagnosed in the womb with anencephaly, a birth defect in which a baby is born without parts of the brain and skull. The life expectancy for babies born with anencephaly is a few hours to a few days at most.

The Philadelphia couple made it through the list before baby Shane was born at 2:25 a.m. Thursday, according to their Facebook page, "Prayers for Shane." He died a few hours later. 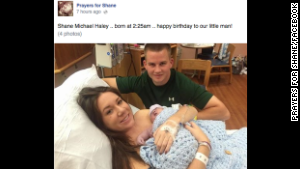 "Today at 6:15 a.m., after meeting his entire family and being baptized into the Catholic faith, baby Shane died peacefully in his Mother's arms," the couple said on "Prayers for Shane." "We are so grateful for the time that we were blessed to hold and hug our son."

The couple's story touched more than 700,000 people who followed their Facebook page for updates on Gassew's condition and their bucket list travels from the Jersey Shore to Times Square.

"The support and prayers we have received from all of you have been amazing and we want to thank each of you with all our hearts," the couple said. "Shane spent his entire life in the arms of people that loved him unconditionally and I don't think you could ask for a more beautiful life then that.

"He is home now with the Lord and will forever be our little miracle!"

UPDATE: Over the weekend, the couple's Facebook supporters were treated to a heartwarming public message written by Jenna Gassew's father in praise of his daughter and son-in-law.

In the post, signed "Shane's Pop-Pop," he said he joined Facebook last week so he could read the "heartfelt messages and comments" for baby Shane and his parents. He said he was amazed by the "outpouring of Love and Warmth" on the "Prayers for Shane" Facebook page and "humbled" by the couple's love, courage and determination to give the boy "a life time of love in whatever time God gave you with him."

The post came after the Facebook page was hacked over the weekend and bombarded with explicit images from an unknown source. The issue had been resolved by Monday morning.

2012: Couple pens 'bucket list' for their baby with fatal illness