Part of complete coverage from
Dean Obeidallah: Commentaries
SHARE THIS

What if your business is called ISIS? 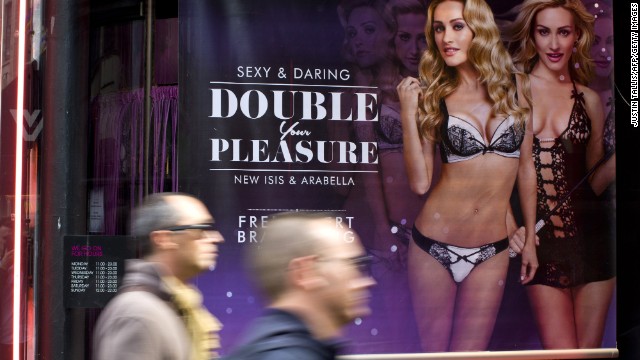 Editor's note: Dean Obeidallah, a former attorney, is a columnist for The Daily Beast and editor of the politics blog "The Dean's Report." He's also the co-director of the documentary "The Muslims Are Coming!" Follow him on Twitter: @TheDeansreport The opinions expressed in this commentary are solely those of the author.

(CNN) -- Through sweat, toil and sacrifice, you built your business into a success. Things are looking good. But suddenly, a horrific terrorist group emerges that calls itself the same name as your company.

Do you: A) Change the name of your business? B) Sue the terrorist group for trademark infringement? C) Keep your name and hope customers don't get spooked?

Businesses across the United States are facing this very dilemma because the word "ISIS" is part of their corporate name or product.

According to the U.S. Patent and Trademark Office, more than 270 products or business names among active federal trademarks use "ISIS." They range from pharmaceutical companies to wig makers to phone apps.

OK, so nobody is going for option "B." The most common reaction from business owners is option "A," dropping the ISIS reference. The latest and most visible example is from the hit FX cartoon series, "Archer."

Over the weekend, the show's creator, Adam Reed, announced that the series would no longer use "ISIS" as the acronym for the spy agency "International Secret Intelligence Service," which employs the show's main characters. Reed, who plans to come up with a story line to justify the name change for next season, commented that ISIS is "the most awful thing and we didn't want to have anything to do with it."

FX has even decided to stop selling ISIS hats and shirts. Of course, you can still get them on eBay.

Just a few months ago, the mobile payment service known as "Isis Wallet," a joint venture with AT&T, T-Mobile and Verizon, changed its name to "Softcard" in order "to avoid confusion and association with a violent Islamic militant group."

Small businesses are also being affected. In Queens, New York, the owner of the "ISIS Hookah Café" told the Daily News that he wants to change his name but can't afford the costs -- a new sign, documents and all.

This is not just an American problem. Last week the owners of "Café ISIS" in the United Kingdom felt compelled to change their restaurant's name.

But, OK, can we all take a breath here? Both business owners and consumers.

Who actually looks at the name of a business with the word ISIS in it and thinks: "Wow, that terrorist group from the Middle East now opened up a cafe in the neighborhood!" Or believes that a new app that helps you pay your bills is part of a terrorist group's dastardly plan?

And, yes, I know ISIS is a heinous organization. So understandably, the word ISIS causes a negative visceral reaction. But we need to let fear give way to intellect and not punish American business owners.

Think of the Egyptian goddess Isis -- or the Bob Dylan song from the "Desire" album. Or the 1970s children's TV show the "Shazam!-Isis Hour." The word Isis should conjure up mythology, not mayhem.

Perhaps an easy answer is for the media to universally start using the name ISIL instead of ISIS. (My apologies to any "ISIL Café" owners out there.) That would be accurate because ISIL stands for the Islamic State of Iraq and the Levant. Plus President Obama and many media outlets already use ISIL, including Reuters and the Associated Press.

But what I really hope happens is that more businesses follow the lead of the California company, ISIS Pharmaceuticals, which is keeping its name. As a spokesman for the drug company told The Daily Mail: "We've been around for awhile." People "can easily distinguish between us and a Middle Eastern terrorist group."

So my advice is, if your company or product is called ISIS, keep the name. Why allow a terrorist group to tell you what you can call your business?