Why more women choose not to marry 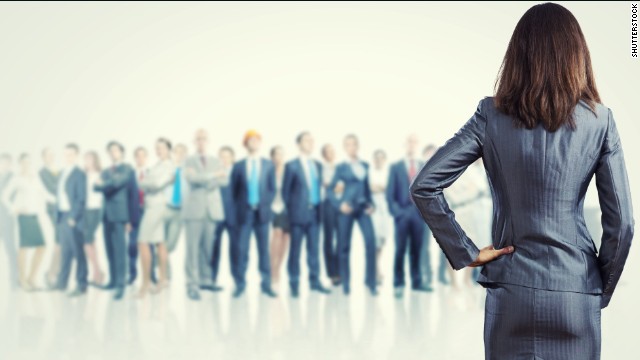 Editor's note: Pepper Schwartz is professor of sociology at the University of Washington and the author of many books, the latest of which is "The Normal Bar." She is the love and relationship ambassador for AARP and writes the Naked Truth column for AARP.org. She is also a senior fellow at the Council on Contemporary Families, a nonprofit organization that gathers research on American families. The opinions in this commentary are solely those of the author.

(CNN) -- Some revolutions happen in a single day; others over decades. The rise of the voluntarily single woman has been happening in Western societies slowly, over time, concomitant with well-paying jobs, legal protection from economic or physical abuse, reliable birth control and the possibility of fulfilling careers and adventures.

Women are marrying at a later age these days, cohabiting with their partners or going in and out of short-term relationships without ever walking down the aisle.

Currently, 53% of women over 18 are in the singles column. Put another way, women now have choices that allow them to customize the arc of their lives and some of them find that it is best for them to put marriage aside.

Is this natural? Is this bad? Is this cause for alarm?

We have long counted on women's sacrifices and the compromises they've made to lift societies all over the world. We are worried that if women delay or forgo marriage, the all-important family unit will suffer.

As much as I admire happy couples and families, I think this may be one of the few times in history when so many women could choose from such a full range of life choices without penalty or stigma. Since few people "have it all," why not choose being single if that's the best option?

What it comes down to is people get married when it's a good deal. The question is why isn't marriage a good deal anymore? Here are some considerations.

If a woman is poor and only meets equally poor or poorer men, she's in a tough spot. It is no secret that many women do not choose to marry if the available partners will make their economic situation worse.

In some of these cases, even if a woman has a child, she may be better off with government help than a nonworking, noninvolved husband.

When a woman is very privileged or highly successful, marriage could come very easily -- or not. Think of the likes of Elizabeth Taylor, who was married eight times. Or Oprah Winfrey, who for personal or professional reasons, is not married.

Moreover, a woman doesn't need a husband who is a high-powered corporate attorney if she is a high-powered corporate attorney. Taking advantage of economic and professional opportunities could be undermined by committing to a partner with an equally ambitious, or different, life agenda. This kind of woman may wake up every day to new and exciting challenges and think, "best to wait."

A woman who doesn't want to settle for cooking and cleaning and being the primary parent that society prefers. She is not meeting guys who want the kind of woman she is.

Some women are in an income bracket where marriage inflicts economic costs. She would have to pay more taxes if she marries someone who earns approximately what she makes or more.

A few years ago when I was in China, I had a conversation with some very beautiful female Chinese TV personalities about their personal life. I asked them why they were single and if they wanted to get married.

The three women all said they didn't want to marry because "the men of our class will all expect to have mistresses, and it is better not to marry than have to put up with that." I have no idea if this was an exaggeration or not -- but they believed it.

These women wait for the perfect guy, or the guy who they would fall in love with and love them back just as much. If that man doesn't come along, they prefer to go alone. As women get pickier, more factors enter into the marriage equation.

They may find someone who doesn't quite go the distance even after years of dating. They cohabit with someone and it doesn't work out. Singlehood, never intentional, becomes a fact. But they will not marry just to marry as their mothers or grandmothers might have.

In social psychology, there is a classic theory called "exchange theory." It is a bit cold-blooded, but it predicts that a person's actions will be based on trying to find a balance of give and get. Each person's resources -- of all kinds, including money, looks, background -- are traded back and forth for a "good deal." For example, a "good deal" scenario could be a woman who makes an excellent living pairing up with a man who is a writer and is willing to work at home and be the primary child care person.

When women's life choices were highly constrained, they had little negotiating power. They had to marry or were seen as damaged. A few got away with being "free spirits" but usually they were exceptional in wealth or lineage -- and even so, it wasn't easy.

It's different now. While most women still want marriage, they don't want it at just any price. They don't want it if it scuttles their dreams. Marriage is not dead -- not by a long shot. It is still, to most of us, the house we wish to build for our love, our lover and our children.