The president on Thursday signaled his openness to the idea to have one individual coordinating the entire federal response to any threat of an outbreak in the United States.

"It may make sense for us to have one person ... so that after this initial surge of activity, we can have a more regular process just to make sure that we're crossing all the T's and dotting all the I's going forward," Obama said.

White House press secretary Josh Earnest got a little more specific with reporters after the announcement was made Friday. 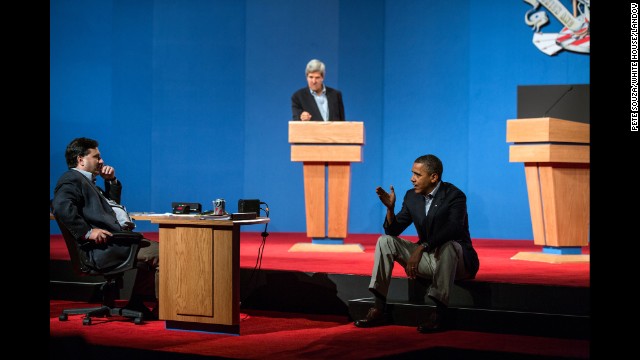 Ronald Klain preps Obama for a foreign policy debate in Nevada in 2012.

Ronald Klain preps Obama for a foreign policy debate in Nevada in 2012.

"I think what you can assume Mr. Klain's role will be is an important, high-level implementation role," said Earnest. "Ultimately, it will be his responsibility to make sure that all the government agencies who are responsible for aspects of this response, that their efforts are carefully integrated. He will also be playing a role in making sure the decisions get made."

The administration has been criticized for its response to the incidents of Ebola in the United States, in terms of how prepared hospitals have been for potential Ebola patients and also how prepared health care workers were in terms of their personal protective gear.

Some lawmakers have called for a travel ban on individuals coming from West Africa, where the outbreak is most serious but the administration has so far not embraced that idea.

Klain is highly regarded at the White House as a good manager with excellent relationships both in the administration and on Capitol Hill. His supervision of the allocation of funds in the stimulus act -- at the time and incredible and complicated government undertaking -- is respected in Washington. He does not have any extensive background in health care but the job is regarded as a managerial challenge.

"He's strong. He's very tough," said CNN political analyst David Gergen. "It's important in this job to be a coordinator; you have to knock heads together. He's tough enough to do that."

Gergen said that while Klain doesn't have a health care background, he does have both domestic policy and foreign policy assignments on his portfolio and both will come into play as the administration deals with Ebola.

A former chief of staff to Vice President Joe Biden and also to then-Vice President Al Gore, Klain is currently president of Case Holdings and general counsel of Revolution, an investment group. He has clerked for the U.S. Supreme Court and headed up Gore's effort during the 2000 Florida recount and was portrayed in the HBO movie "Recount" by Kevin Spacey. He could not be reached for comment on Friday.

Even though some Republicans who had called for a more coordinated response seized on his lack of a health care background as a disqualifier.

"Given the mounting failings in the Obama administration's response to the Ebola outbreak, it is right that the President has sought to task a single individual to coordinate its response," the California Republican said. "But I have to ask why the president didn't pick an individual with a noteworthy infectious disease or public health background."

Sen. Marco Rubio of Florida had called for an Ebola czar to coordinate the government's response to the deadly virus, but said Friday that "already, concerned have been raised about the president's choice."

"I hope Mr. Klain will come forward quickly with a set of concrete actions to reassure Americans that this administration is taking this situation seriously, including but not limited to common sense travel restrictions on individuals from the affected countries in West Africa," he said.

There's no one better at getting govt to work at its best than Ron Klain. He's a tested manager & problem-solver, and a trusted advisor. -vp

And as for the term "Ebola czar," it is not officially endorsed by the White House.

"As far as I'm concerned, you can call him anything you want," Earnest told reporters. "We call him the Ebola Response Coordinator."