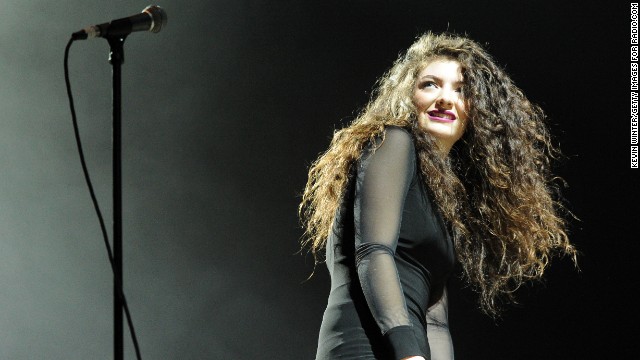 Singer Lorde finds herself in the middle of a pre-World Series skirmish between radio stations in San Francisco and Kansas City.
STORY HIGHLIGHTS

(CNN) -- With the World Series on the line, radio stations in San Francisco aren't taking any chances.

"No offense, Lorde, but for the duration of the World Series, KFOG Radio will be a "Royals"-free zone," the radio station posted on it's Facebook page. "We're sure you understand."

7 reasons why Kansas City's a winner

Lorde, the 17-year-old pop star from New Zealand, won a song of the year Grammy earlier this year for her No. 1 hit, "Royals."

KOIT said its ban was prompted by listener complaints.

"So @965KOIT banned the Lorde song Royals? That's awesome!" tweeted someone known as The Sassy PETIT.

But not everyone thinks the ban rules. Louis Vargas opined on KFOG's Facebook page that the ban will make no difference in the series outcome, calling the move absurd. Tony Last complained that the song doesn't actually have "anything to do with the opposing team."

Others commented that the lyrics actually seem to be anti-Royals.

Still others, not caught up in the love affair, greeted the announcement with more of a shrug.

"Feel free to make that a permanent policy," wrote an apparent "Royals" hater.

The Kiwi sensation may be banned in the Bay Area, but in Kansas City they're letting her rule their airwaves.

Kansas City's 99.7 The Point put out a plans to play "Royals" at the top of every hour on the opening night of the World Series.

"A few angry San Franciscans who don't have a song called 'Giants' won't rain on our parade," the station's program director is quoted as saying.