(CNN) -- In recent days, Canada has become more involved in the global fight against ISIS.

And like other Western nations, its battle against the radical Sunni militant group has its own risks, including at home. 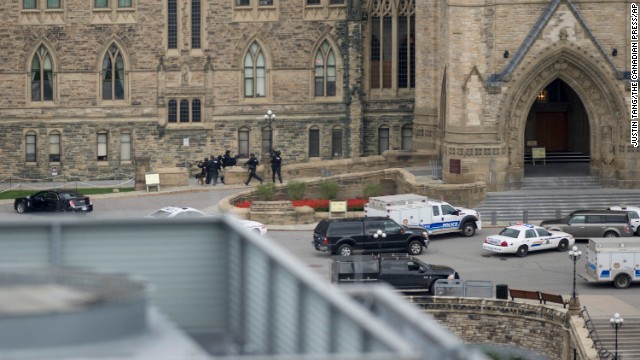 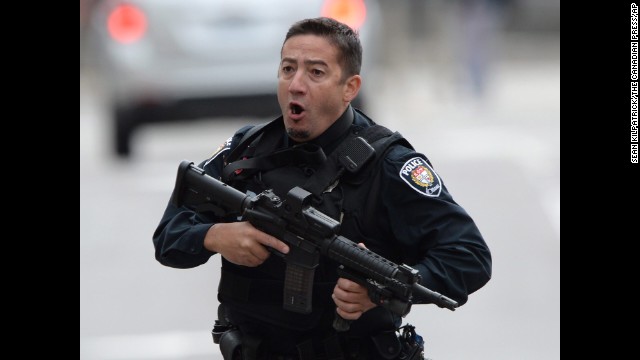 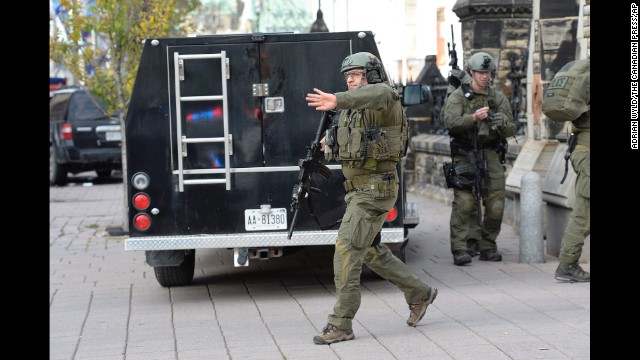 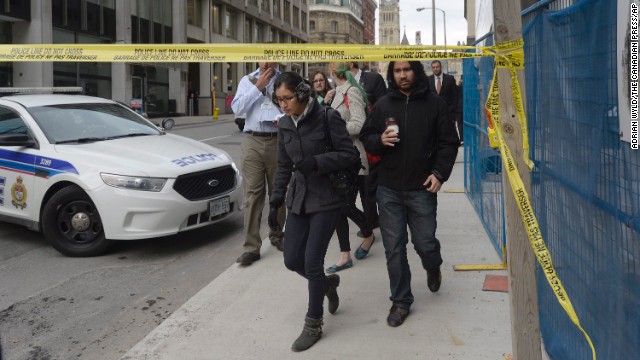 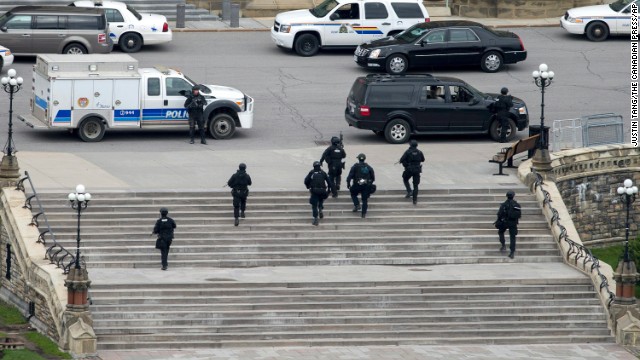 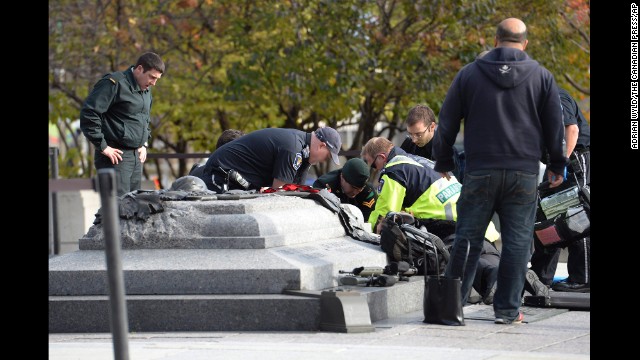 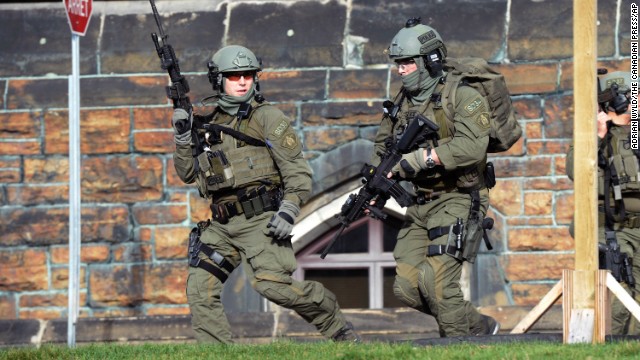 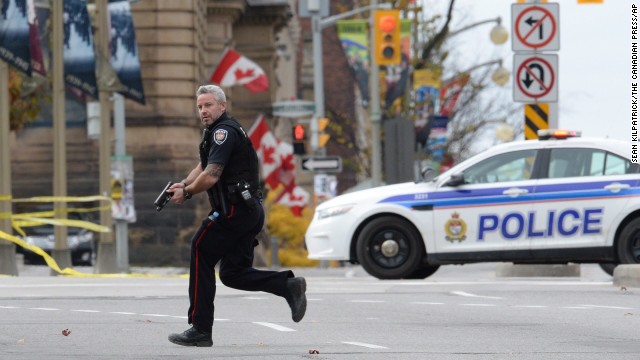 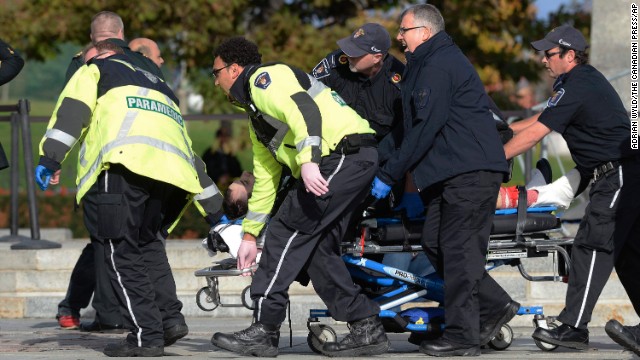 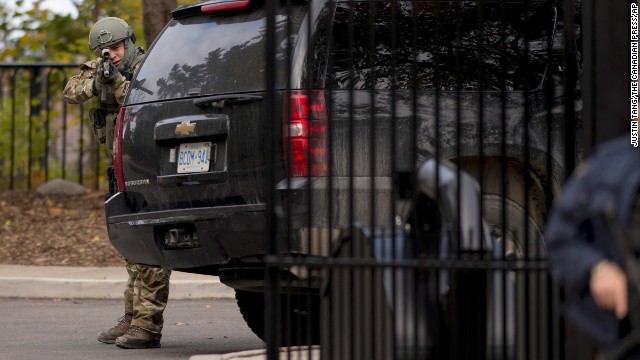 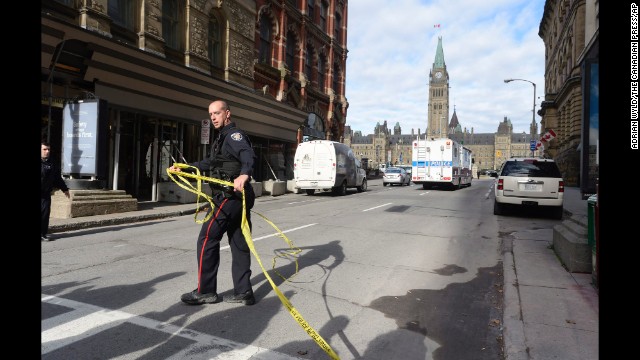 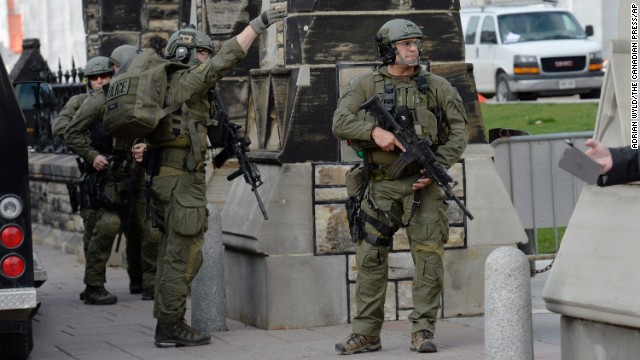 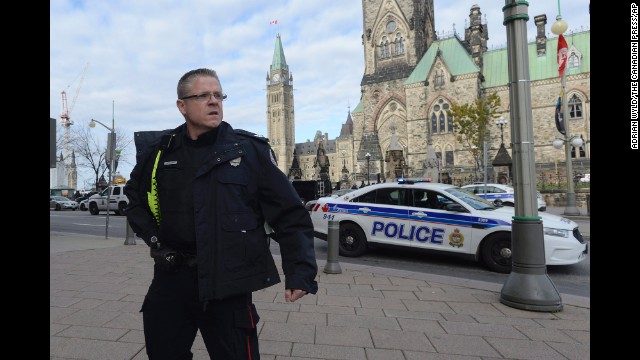 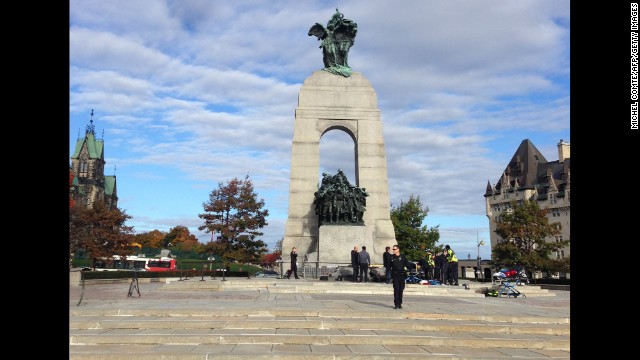 Those concerns came to the forefront when a gunman killed a reservist outside a war memorial in Ottawa -- then stormed into parliament, sending lawmakers hiding behind barricaded doors.

Brother of hero: He did what he had to

Authorities haven't disclosed any connection between the gunman, Michael Zehaf-Bibeau, and ISIS. In fact, no group has come forward claiming responsibility for the attack.

But the attack came two days after a "radicalized" man killed a soldier with his car, and five days after Canada raised its threat level.

In that context, here's why Wednesday's incident is a cause for concern:

How is Canada involved in the fight against ISIS?

Canada approved air combat missions against ISIS this month. The move to deploy six fighter jets as part of the coalition strike force came after days of debate by lawmakers.

"We do not take the step lightly. ... If left unchecked, this terrorist organization will grow and grow quickly," Harper said after he got the OK for combat missions. "They have voiced their local and international terrorist intentions and identified Canada as a potential target."

Canada's role has made it a target by the militants, who are recruiting internationally, including a major push in the country. Most of the militants' retaliation efforts have focused on nations involved in the coalition strikes.

This summer, ISIS released a video featuring a Canadian reportedly named Andre Poulin making a pitch for recruits. The video showed the group's intensified efforts to bait international recruits. It also highlights a message that a normal Westerner gave up a good life of comfort to join jihad -- and so can others. Poulin's speech is interspersed with beauty shots of Canada.

And last month, ISIS released a 42-minute recording in which it asked Canadians to kill civilians and military members.

"Rely upon Allah, and kill him in any manner or way however it may be. Do not ask for anyone's advice and do not seek anyone's verdict," the recording said.

Are the recruitment efforts working?

Yes. About 130 Canadian citizens have gone abroad to join terrorist groups, including 30 believed to be fighting in Syria, according to a government report issued in August. In Calgary alone, five men are linked to one downtown apartment building with a mosque on its ground floor.

Is the attacker one of the recruits?

There's no indication of that yet.

Have there been any more attacks in Canada?

The attack at parliament Wednesday, which killed Nathan Cirillo, was the latest this week.

On Monday, a man Canadian authorities said was "radicalized" hit a soldier with a car in Quebec, killing him. Police later killed the man.

Like Zehaf-Bibeau, that man's passport had also been confiscated because he was planning to go abroad for "terrorist actions," police said.

What else is concerning?

Before the two attacks in Canada this week, there was already concern about jihadist efforts in the nation. The U.S. heightened security at the Ottawa embassy as well as another U.S. consulate in the country after monitoring jihadist chatter, which indicated an attack could be in the works, according to a law enforcement official and a senior administration official.

However, there was no intelligence beforehand suggesting an attack similar to the one carried out in Ottawa was in the works, the officials said.

CNN's Evan Perez and Elise Labott contributed to this report.