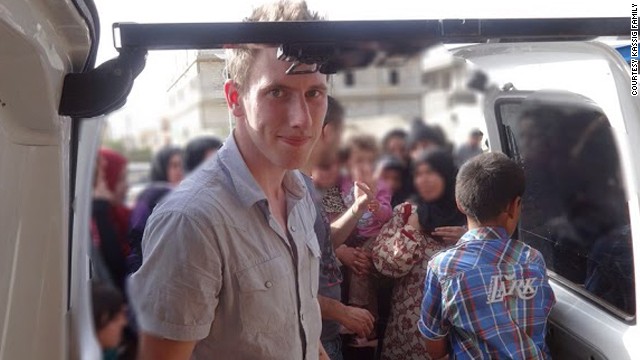 "It was time to put up or shut up," Peter Kassig told CNN in 2012 of his decision to help Syrian refugees in Turkey.
STORY HIGHLIGHTS

(CNN) -- The mother of American hostage Abdul Rahman Kassig has sent a tweet appealing for a response from ISIS to the family's pleas for his life.

Paula Kassig of Indianapolis posted the tweet Thursday on behalf of herself and her husband, Ed, saying, "We have tried to contact you directly to plea for the life of our only son, Abdul Rahman Kassig, and have not received any response."

Time running out to save American hostage

She requests "instruction" from the Sunni extremist group, which calls itself the Islamic State. "Please tell us what more we can do so that Abdul Rahman may continue to serve and live his life in accordance with the laws of Islam."

A plea from the mother of Abdul-Rahman Kassig pic.twitter.com/TkVmHsrgRw

Kassig has been held captive since being detained October 2013 on his way to Deir Ezzor, Syria, his family has said.

Kassig, whose given name is Peter, converted to Islam while in captivity and started going by Abdul Rahman Kassig. 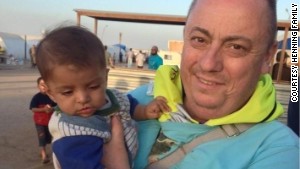 In the video showing Henning's killing, released October 3, the terrorists threatened to kill Kassig. That prompted a plea from his parents, who had maintained silence about his capture since he was taken hostage.

"We ask everyone around the world to pray for the Henning family, for our son, and for the release of all innocent people being held hostage in the Middle East and around the globe," the family said then.

In the days after ISIS threatened Kassig, his parents pleaded with his captors to show mercy and free him. They released a YouTube video imploring them to "use their power to let our son go."

His mother previously asked for information about her son in a tweet addressed to ISIS leader Abu Bakr al-Baghdadi.

"I am an old woman, and Abdul Rahman is my only child," she wrote. "My husband and I are on our own, with no help from the government. We would like to talk to you. How can we reach you?"

Read: How Kassig tried to help others

Kassig served with the U.S. Army in Iraq and returned to the Middle East as a medical worker.

He joined the Army in 2006, deployed to Iraq the next year and was honorably discharged for medical reasons after a brief tour. He returned to the United States, got married, then divorced and eventually decided to help victims of war in the Middle East.

Kassig founded a nonprofit group to provide first-response humanitarian aid to Syrian refugees, his family has said. He ran it from a base in Turkey in 2013.

"I am not a doctor. I am not a nurse," he said in the 2012 interview. "But I am a guy who can clean up bandages, help clean up patients, swap out bandages, help run IVs, make people's quality of life a little bit better. This is something for me that has meaning, that has purpose."