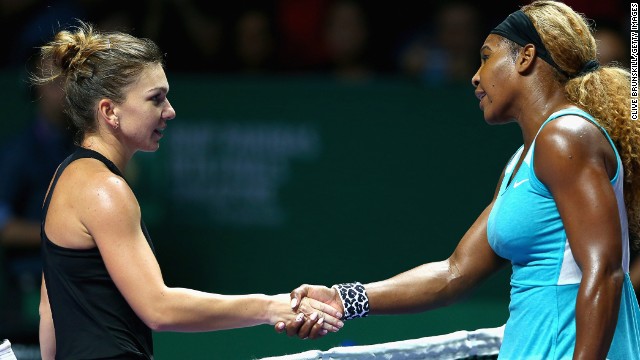 (CNN) -- Serena Williams will get the chance to avenge her worst defeat in 16 years on Sunday when she goes head to head with Simona Halep in the WTA Finals finale in Singapore.

The world No. 1 was humbled by the Romanian 6-0 6-2 in the group stages of the tournament earlier in the week, but following Williams' semifinal victory over Caroline Wozniacki and Halep's over Agnieszka Radwanska, the pair are set to do battle once more.

Few would bet against Williams clinching a third successive title and her fifth overall at the season-ending finals, but Halep will be the fresher of the two women after dispatching her Polish opponent 6-2 6-2.

Williams had to come from a set down to beat Wozniacki in what proved to be a thrilling semifinal on Saturday.

An enthralling match saw the Dane take the first set with ease, 6-2, before Williams rallied to take the second 6-3 to force the match into a decider. 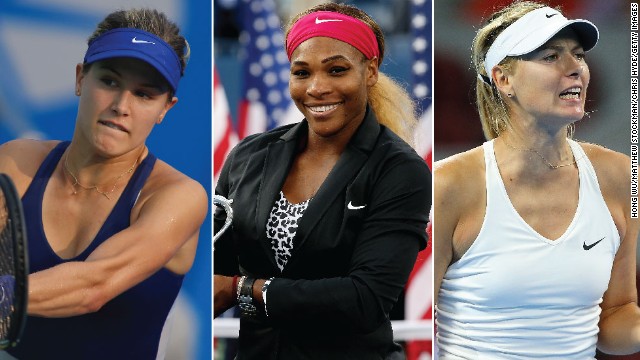 Brace yourself for bucket loads of sweat and bags of glitz and glamor. The season-ending championship of women's tennis -- the WTA Finals -- is almost upon as the world's top female players prepare to do battle in Singapore. Who will roar loudest in the "Lion City?" 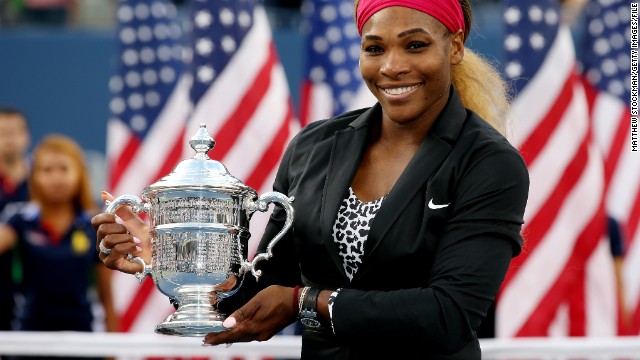 #1: Serena Williams: The No. 1 seed will soon start her title defense in Singapore. After a stuttering slam season, Willliams quieted her critcs by winning the U.S. Open to put her in elite company. She's now tied with Martina Navratilova and Chris Evert. Each have 18 grand slam singles titles. 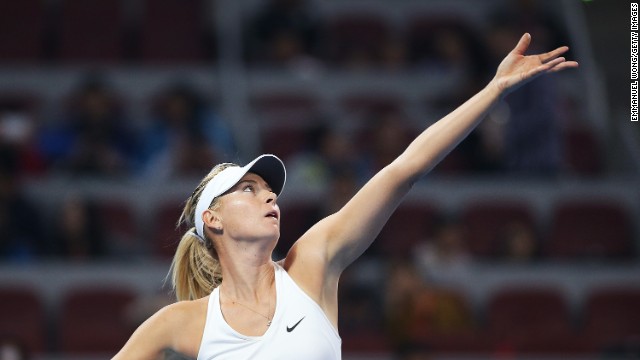 #2: Maria Sharapova: The No. 2 seed arrives in Singapore in good form after winning the China Open. Sharapova isn't just a hard court player -- she's had a lot of success on clay during the later stages of her career. In June, she added a fifth grand slam trophy to her cabinet when she won the French Open. 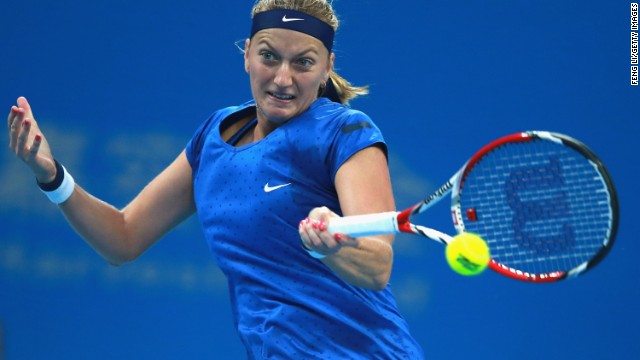 #3: Petra Kvitova: The Czech Republic star is hoping to win the WTA Finals title like she did in 2011. In July, Kvitova beat Genie Bouchard in straight sets in a mere 55 minutes to claim her second Wimbledon title, three years after her first. 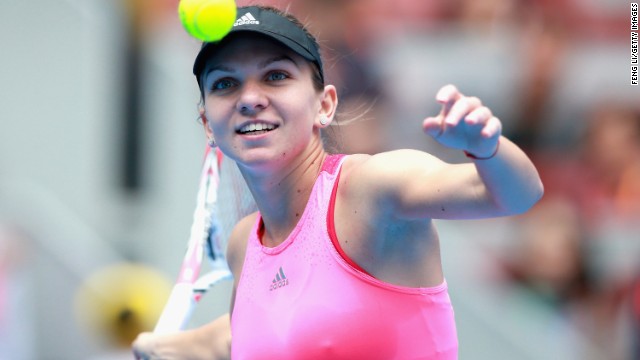 #4: Simona Halep: The Romanian has qualified for the WTA Finals for the first time in her career. She started the year outside the top 10 -- then shot up the rankings to No. 2 in the world. Halep advanced to the French Open final in June before losing to Sharapova. 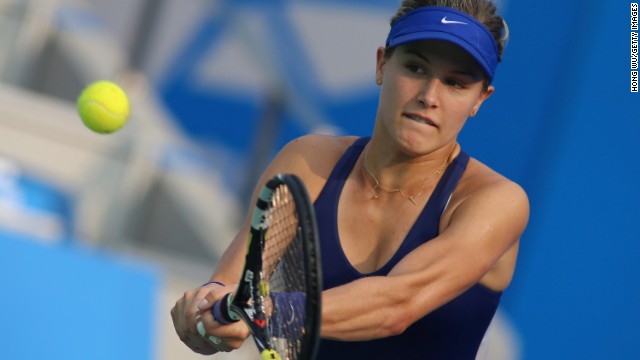 #5: Eugenie Bouchard: The 20-year-old Canadian has had a stellar year after reaching the Australian Open and French Open semifinals before her Wimbledon final defeat by Kvitova. Bouchard is the youngest competitor in the draw. 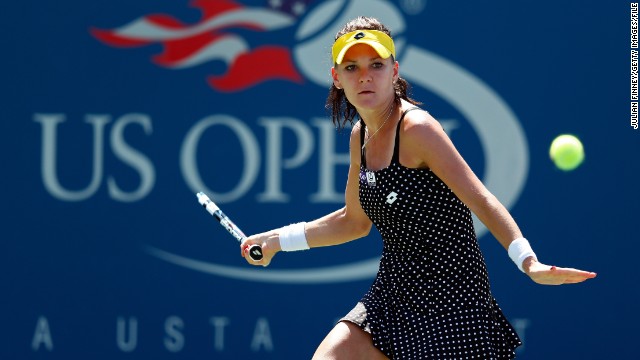 #6: Agnieszka Radwanska: Poland's top female player won the Rogers Cup in August in Montreal, but didn't have the results at the slams that she'd been hoping for. 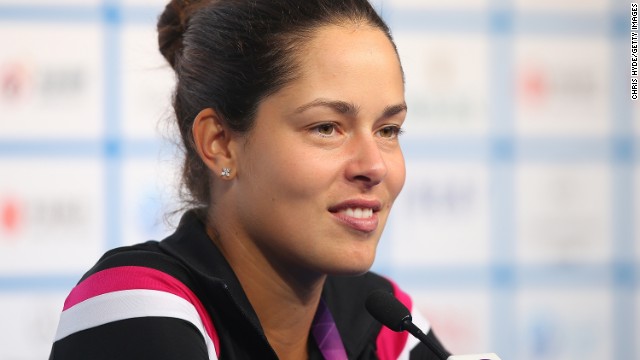 #7: Ana Ivanovic: The former No. 1 is back in the top 10 for the first in five years. She started the year by upsetting Serena Williams at the Australian Open before losing in the quarterfinal, and has won four WTA titles this year. 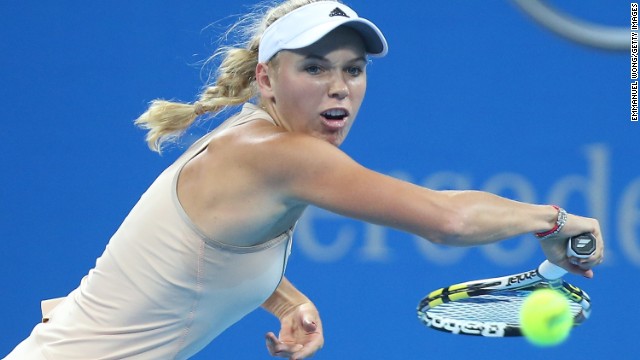 #8: Caroline Wozniacki: Like Ivanovic, the former world No. 1 is now back in the top 10. The Dane capped off a successful summer by advancing to the U.S. Open final where she lost to her close friend Serena Williams. This is the first time in three years that Wozniacki has qualified for the WTA Finals.
Tennis stars gather in the 'Lion City' for WTA Finals
#1: Serena Williams
#2: Maria Sharapova
#3: Petra Kvitova
#4: Simona Halep
#5: Eugenie Bouchard
#6: Aga Radwanska
#7: Ana Ivanovic
#8: Caroline Wozniacki
HIDE CAPTION
<<
<

Tennis stars gather in the 'Lion City' for WTA Finals

Wozniacki had only beaten Williams once in their 10 previous meetings, but looked as though she might double her winning tally as the third set headed towards its climax.

A break of serve for Wozniacki in the ninth game gave her the opportunity to serve out the match, but Williams, ever the fighter, broke back immediately to level at 5-5.

Two games later it was Wozniacki who was staring down the barrel as Williams earned a match point on the Dane's serve, but the world No. 8 bravely resisted to take the match into a tiebreak.

With a match point saved, Wozniacki then raced to a 4-1 lead in the tiebreak before Williams bounced back with five unanswered points.

"I have to say Caroline played a great match," Williams said afterwards.

"It was really difficult today. I felt really bad because she's so amazing and so nice, and she was the only player who hadn't lost in this tournament yet, so she really deserved to win. I love you - thank you for playing so well."

Victory sees Halep reach the final in her first appearance at the WTA Finals, but the world No. 4 played the percentages when asked if she thought she was favorite to beat Williams again.

The mental strength of tennis pros

"She's older than me and she knows how to manage this final tomorrow," Halep said. "For me it's first time. But still, I believe that I have a chance."

Andy Murray sealed a 17th win in 19 matches to book a place in the final of the Valencia Open.

The Scot, who is chasing down a spot in the season-ending ATP Tour Finals, beat home favorite David Ferrer in Saturday's semi 6-4 7-5.

Murray will face Tommy Robredo on Sunday after the Spaniard completed a narrow 7-6 (9/7) 7-6 (7/2) victory over France's Jeremy Chardy.

The 17-time grand slam champion will face David Goffin in the final after the Belgian beat another Croat Borna Coric 6-4 3-6 6-3 in the other semifinal.

Seventeen-year-old Coric had knocked out Rafael Nadal on Friday.

The defeat turned out to be the last action of the year for the Spaniard who announced he will undergo appendix surgery at the beginning of next month.

"As you know, I won't be playing in Paris or London. I'm having an operation for appendicitis on November 3rd. Thanks for you support," he tweeted.

Nadal, who was playing for the first time since being diagnosed with appendicitis at the Shanghai Masters earlier this month, was clearly still out of sorts and will miss the Paris Masters and the lucrative season-ending finale in London for the second time in three seasons.

The 28-year-old's withdrawal from the event, which starts on November 9, means there are four places still up for grabs -- Novak Djokovic, Roger Federer, Stanislas Wawrinka and Marin Cilic have already qualified for the eight-man tournament.

Read more: Who will triumph in Singapore?