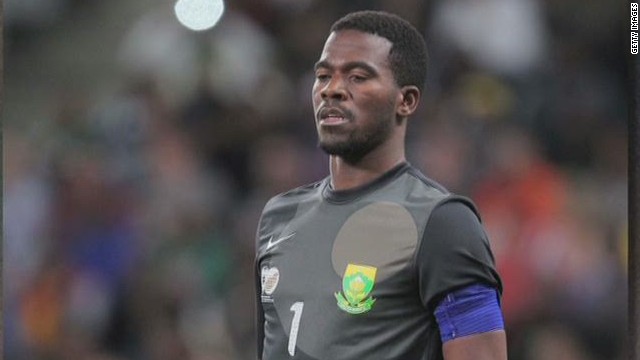 Senzo Meyiwa died aged 27 after being shot Sunday night during a botched robbery at his house, according to authorities. 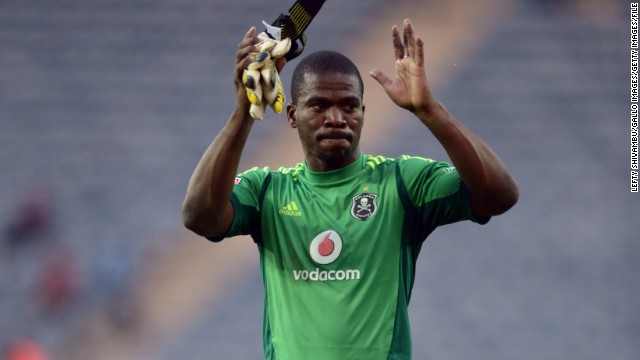 Meyiwa was captain of both South Africa and Orlando Pirates -- a club he first joined as a 13-year-old. 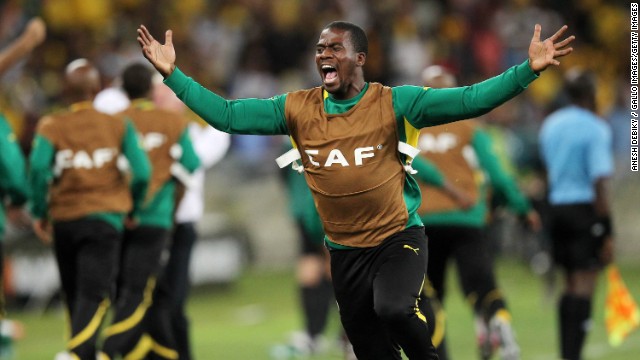 The goalkeeper made his debut for South Africa in June 2013 and went on to win six international caps for his country. 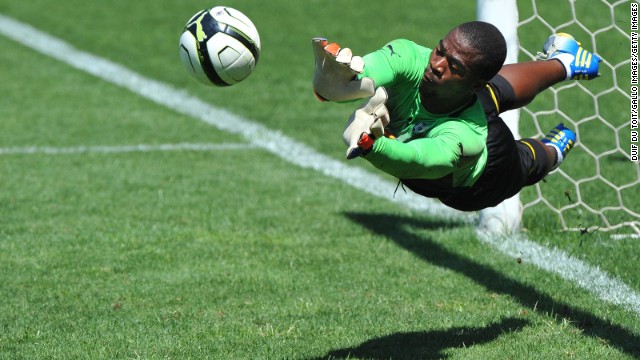 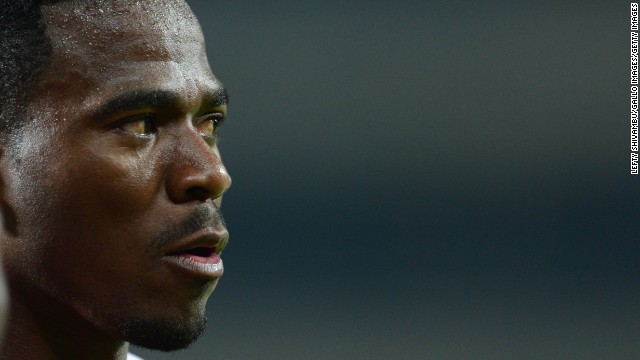 His last match was Saturday when Orlando Pirates advanced to the semifinals of the South African League Cup. The Pirates has postponed its derby match against Kaizer Chiefs Saturday as a mark of respect.
HIDE CAPTION
<<
<

(CNN) -- The world of football is mourning the loss of Senzo Meyiwa after the South Africa captain was shot and killed Sunday during a botched robbery, according to authorities.

Meyiwa, 27, was killed by intruders who went into a house in the Vosloorus township near Johannesburg, police said.

The goalkeeper, who won six international caps for his country, was also captain of Orlando Pirates -- a club he first joined as a 13-year-old.

His last match was Saturday when the Pirates advanced to the semifinals of the South African League Cup with a 4-1 win over Ajax Cape Town.

Orlando Pirates held a news conference Monday paying tribute to Meyiwa in which it also announced that its derby match against Kaizer Chiefs Saturday will be postponed as a mark of respect.

Orlando Pirates chairman Dr Irvin Khoza told reporters: "We are devastated. We had a session with the players this morning where as the chairman I needed to manage the situation. It's not easy to hold back emotions especially on an event like this one.

"Senzo was not an ordinary player, he was a national and club captain. It was only natural that there would have been some tears this morning. I encouraged it."

Dr Khoza added: "Senzo has been here since he was 13 years old. And he has written his legacy in this club. He put us on the map around the world."

We are shocked and saddened by the passing on of @Bafana_Bafana & @Orlando_Pirates Goalkeeper & Captain, Senzo Meyiwa. May he Rest In Peace.

Meyiwa's international teammates also mourned the loss, with a number of South Africa players taking to Twitter to pay their respects.

Beyond devastated at the loss of our captain & friend Senzo Meyiwa. thoughts & prayers are with his family & friends at this terrible time.

No one can prepare you for a loss; it comes like a swift wind. Can't believe #SenzoMeyiwa is gone. My deepest condolences to Meyiwa family

When does it STOP South Africa? When do we STOP just "moving on"? Take control of our country for all our people.

South Africa coach Shakes Mashaba, who also attended the Pirates' news conference, paid tribute to a man he appointed as the nation's captain.

Meyiwa made his debut for South Africa in June 2013 and had played in the last four African Nations Cup qualifiers, keeping four clean sheets in the process.

Mashaba said: "As we were sitting preparing for the [African Nations Cup qualifier] against Sudan, it was Senzo's name that was top of the list -- as player and captain. We called him one day to ask him one thing, and one thing only: be the link between the team and technical staff.

Mashaba added: "A good guy like Senzo will never just vanish. His spirit will live forever. Senzo was not just a goalkeeper, he was a peacemaker. That's the biggest thing I remember about him."

Meyiwa's death was not only mourned by former teammates and colleagues, but players and officials from around the globe -- including FIFA president Sepp Blatter -- as well as sportsmen from beyond the world of football.

Incredibly sad news about Senzo Meyiwa. Our sincere condolences to his family. #RIPSenzo

My thoughts and prayers goes out the family of Senzo Meyiwa. May you find the comfort in the Lord during this difficult time. RIP.

South Africa's minister of sport and recreation, Fikile Mbalula, spoke of his regret at the loss of an "icon" who had left this world ahead of his time.

"The death of Senzo Meyiwa has robbed this country of an icon and a legend in the making. Senzo died at the time when his career was reaching full maturity and the nation and the world were still expecting a lot from him," he said in a statement.

"Just as the star illuminates, criminals rob us of its brightness. Senzo joins other sporting heroes who died when the country and the world was still expecting more from them."