Project Brabham: Can fan funding bring back an icon to Formula One? 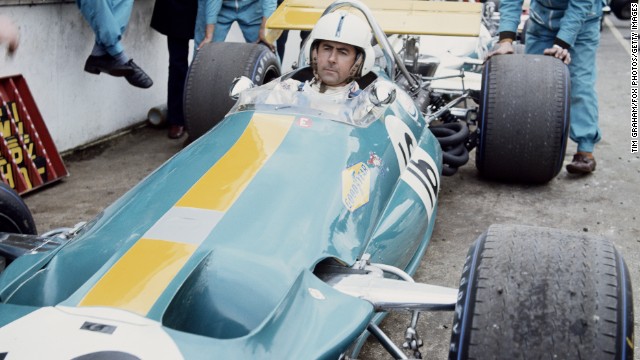 Sir Jack Brabham became the only man to win the driver and team world titles with a car of his own make in 1966. 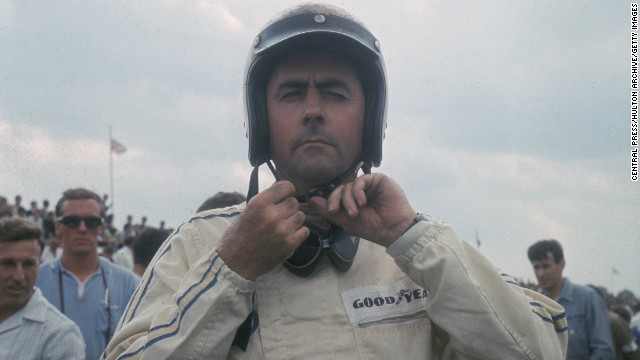 Sir Jack was a three-time world champion, while the Brabham team engineered two constructor titles and four driver crowns. He died in May 2014. 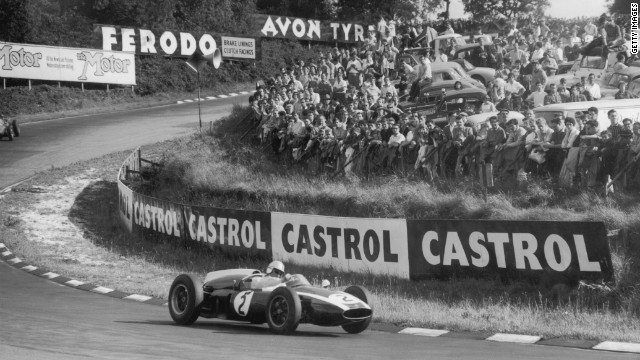 The Brabham team has been absent from motorsport since 1992, but the Brabham family are hoping to bring the famous marque back to the grid. 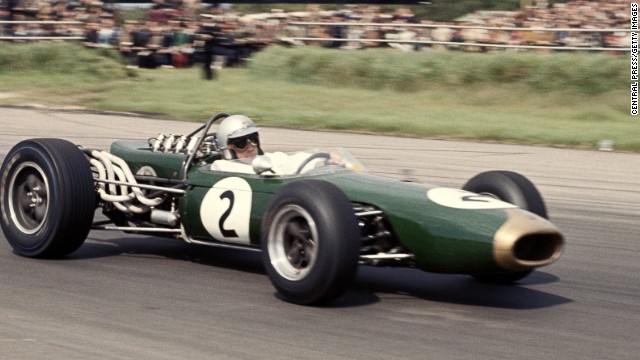 The project is relying on affection for the Brabham brand as it seeks to raise an initial $400,000 through crowdfunding. 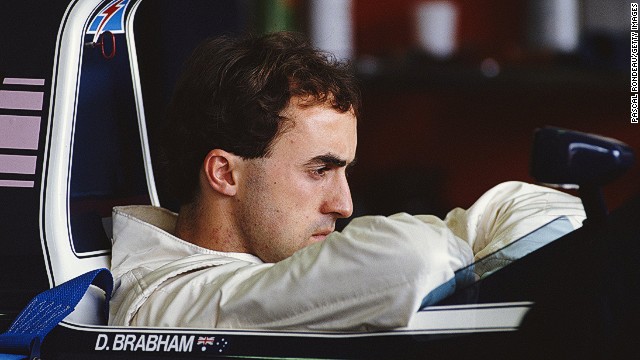 A VIP experience can be bought for $16,000, which includes a one-on-one on-track driving lesson from former F1 racer and son of Sir Jack, David Brabham. 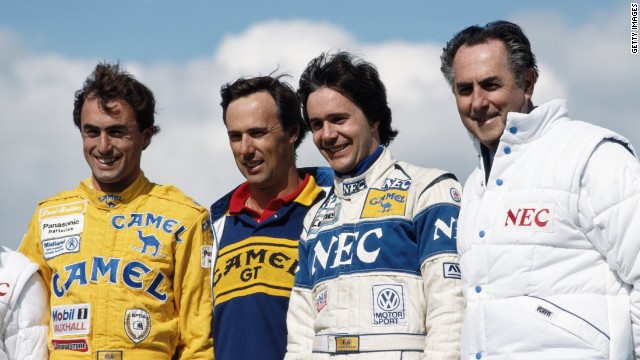 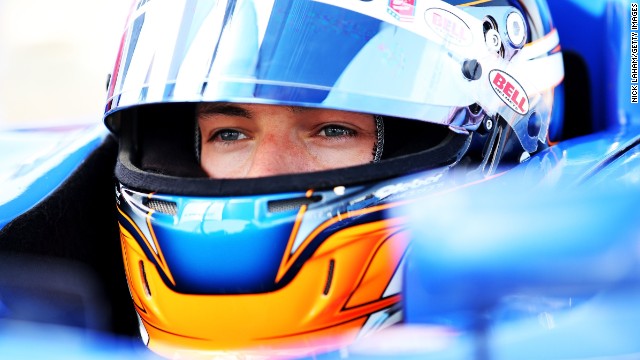 Matthew Brabham, along with cousin Sam, are the latest generation of Brabham racers attempting to make it in the world of motorsport. Matthew is the 2013 champion in the North American Star Mazda open-wheeled championship and a reserve driver in the Formula E championship. 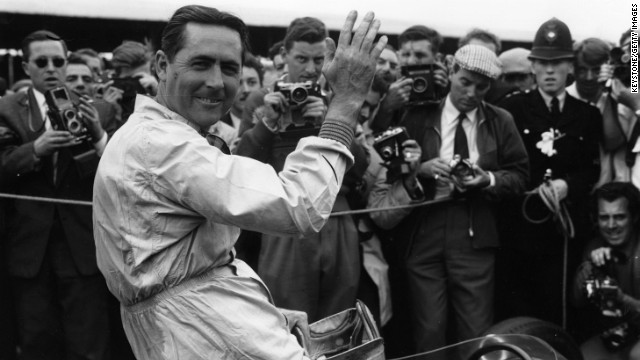 (CNN) -- Can crowdfunding help an iconic team return to the Formula One grid after a 20-year hiatus?

That's the aim for the family of the late three-time world champion Sir Jack Brabham, whose eponymous team still roars with resonance through motorsport history.

In 1966, the Australian conjured a unique feat in F1 history when, at the age of 40, he became the only man to win the driver and team world titles with a car of his own make.

Its first aim is simple -- to bring the famous marque back to motorsport for the first time since 1992 with the help of its fans.

"If you look at the history and heritage and what it means to people, a Brabham should really be out there -- racing is in our DNA."

"I would never be racing in my career if it wasn't for Sir Jack" - Mark Webber (@aussiegrit) pic.twitter.com/oJQvDuzALk

Project Brabham is relying on this affection for the Brabham brand as it seeks to raise an initial $400,000 through crowdfunding.

Donations start at just $1.60 and climb to $16,000 for a VIP experience, which includes a one-on-one on-track driving lesson from former F1 racer David.

"Crowdfunding is definitely a new and exciting way of generating funds" he says.

Haas on Ferrari and doubling profits

"It gives us the seed money to get the project up and running but it also gives people an avenue to start being involved in the team."

Crowdfunding makes it easier for smaller companies and start-ups to raise capital by reaching potential new investors via online platforms.

A quick cash injection would be a lifeline for struggling F1 teams Caterham and Marussia.

It was reported at the weekend that both teams will not race in the upcoming U.S. and Brazilian Grand Prix because of a lack of funds.

Could crowdfunding be the answer to ensuring independent race teams -- which operate without the financial clout of major brands such as Mercedes, Ferrari and Red Bull -- stay on the grid?

"F1 teams spend a hell of a lot of money trying to succeed and we know there are a lot of teams in trouble financially just trying to survive," says Brabham.

"I think that's more to do with the model and how they go about their business in that environment. You have to make sure that the model you're selling is sustainable.

"Project Brabham is using a different model because if we went down the same road as everyone else we'd have the same problems.

"We've already got commercial partners coming to talk to us because they can see the benefits of this different model."

Project Brabham also aims to give as well as receive.

The second radical ethos of the scheme is to lay bare the workings of a race team for the benefit of fans and future motorsport professionals alike.

"Do you start up a race team like everyone else or do you go racing in a different way and show what we're doing and how we're doing it?" asks Brabham.

"We're setting out to give the fans access as well as educating drivers and engineers because you learn so much in this environment.

"It opens up any sort of problems that people have, instead of hiding stuff. I've been involved in teams where a lot of politics has got in the way of success.

"Being open and transparent doesn't exist [in motorsport] but I think it will give us an advantage.

"We want to hear what they've got to say and they already feel like they are part of the team development."

The first phase of Project Brabham is to raise enough capital to run a Brabham team in the World Endurance Championship for sports cars in 2015.

The crowdfunding target is set at an initial $400,000 but for Brabham to find a factory and buy its first car it has a more realistic goal of $4 million in mind.

A return to F1 -- where teams can spend $1 million a day -- for Brabham after a 22-year hiatus may seem like a pipedream, but not for the determined Brabham family.

"Our ultimate goal is to get the Brabham name back in Formula One," David explains.

"It's in our DNA and it's where Brabham really should be, but it's one step at a time.

"Our model wouldn't work in F1 in an open and transparent way now, but 10 years down the road it could be a completely different story and, if it is, we want to be back in F1."

It is not only the Brabham team that could be back on the grid -- Sir Jack's 20-year-old grandsons Sam and Matthew are also out to put the famous Brabham name back in the driving seat.

Throw back to Grandpa giving Bruce McLaren the sneaky chop Into the bank. Thoughts are also with DW on... http://t.co/9dKsuEqcFi

Matthew is the 2013 champion in the North American Star Mazda open-wheeled championship and a reserve driver for 1978 F1 champion Mario Andretti's team in the Formula E championship, while Sam races in Formula Ford in the UK.

"We haven't raced each other," says Matthew of the pair's budding rivalry. "But whether it be putting pillow cases on pillows or playing basketball, I always try and beat him. I can't lose to him!"

Sam agrees, adding: "Yeah, competition runs in the family at absolutely anything!"

But do the third generation of Brabham racers -- who are following their fathers, uncle and grandfather onto the racetrack -- feel any pressure?

"It's more of an honor and something I take pride in," says Sam.

Matthew adds: "If anything maybe there's less pressure as our family understand how racing works and how much pressure drivers put on themselves.

"Maybe there is pressure from the family name and trying to live up to expectations but I just see my grandfather as my grandfather and my dad as my dad, so I don't see it that way."

With the ambitions of Project Brabham and a third generation of racing talent, is there a chance we could one day see a Brabham racing a Brabham in F1?

"The goal is to eventually have Brabham back in Formula One," says Sam with a smile.

"I think that would be massive, I think people would take to it -- and we've got two drivers here who wouldn't mind doing it as well!"