Luxury meets precision in the birthplace of German watchmaking 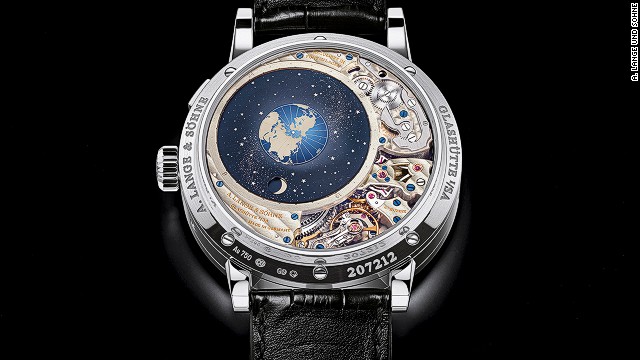 Switzerland may be known as the home luxury watchmaking, but a small town in Germany is giving it a run for its money. Glashütte, perched on the country's eastern border with Czech Republic, is the birthplace of fine-watchmaking companies such as A. Lange & Sohne, one of whose models is shown here. 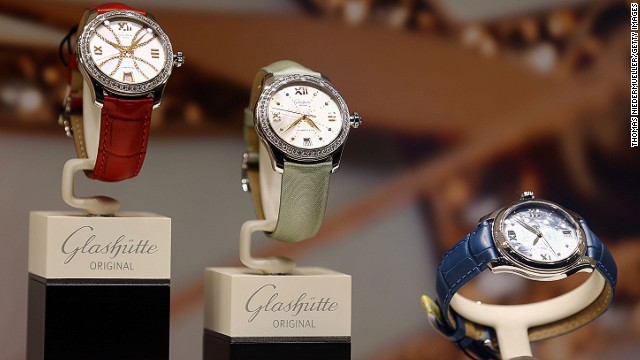 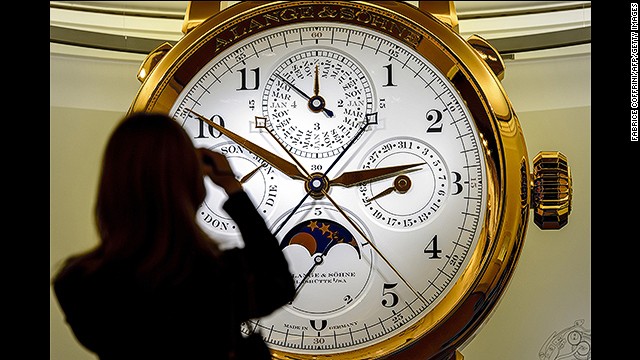 Attention to detail is paramount, with tiny internal parts which will never be seen by customers engraved, and with each engraver displaying their own signature style. Seen here is a giant model watch by A. Lange & Söhne. 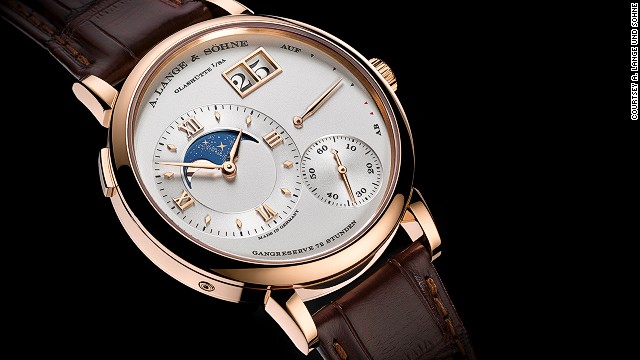 Glashütte timepieces are all mechanical, and crafted by hand with microscopic precision. 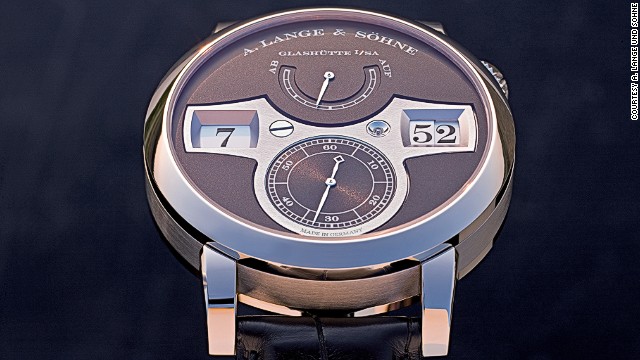 The town's Nicolas G. Hayek watch museum stands as testament of Glashütte's reputation as the birthplace of German watchmaking, displaying records of sales dating back to the 19th century. 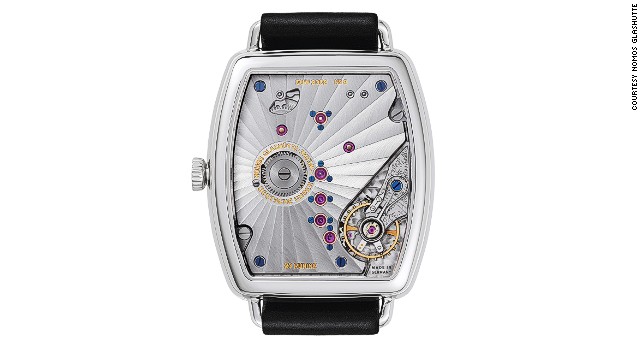 Alongside venerable heritage brands, Glashütte has seen a number of design-focused watchmaking companies develop in the last 25 years. One of them is Nomos, one of whose models is seen here, which was founded two months after the fall of the Berlin Wall. 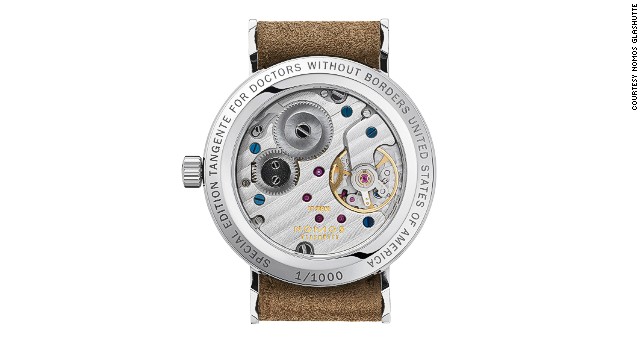 Nomos also produces a series of watches where part of the proceeds are donated to the aid group Doctors Without Borders.
HIDE CAPTION
German precision
History of craftsmanship
Artisanal touch
Painstaking design
Tradition of luxury
Fresh contenders
Beauty with a cause
<<
<

(CNN) -- After the fall of the Berlin Wall, East Germany lay in shambles as many businesses went bankrupt and millions of people lost their jobs.

Some firms, however, got back on their feet and revived the "Made in Germany" trademark by harnessing the expertise of their workers. Their aim was to become, once again, a global brand.

CNN travelled to the town of Glashütte in Saxony, known as the birthplace of the German watchmaking tradition. Here, watchmakers such as A. Lange & Söhne and Nomos Glashütte among others have thrived since the fall of the Wall and have since exported their high-end watches to the rest of the world.

It is companies like these which put their personal, unique stamp on a timeless piece which isn't assembled overnight, explained A. Lange & Söhne. "It takes about four weeks for a watchmaker to put this piece together. And to learn to do this you need about five to ten years of experience," said Marco Wolf, a watchmaker at A. Lange & Söhne, one of the longest-running high-end watchmakers in the world.

It takes about four weeks for a watchmaker to put this piece together
Marco Wolf, watchmaker at A. Lange & Söhne

The hand-crafted timepieces, all mechanical and made with microscopic precision, are carefully created in the former Communist town of Glashütte.

"That is what our customers appreciate. The love for details striving for perfection. All that with typical German attributes like solidity, cleanliness, understatement. I think that combination is what drives people and what makes them our customers," said Wilhelm Schmid, CEO of A. Lange & Söhne.

Attention to detail goes beyond the surface, according to Schmid, who describes how even tiny parts of the watch the customer will never see are engraved. "And each engraver has his or her own signature style," he added.

All in the family

The company's namesake, Ferdinand Adolf Lange, founded Glashütte's watchmaking tradition in 1845. The industry flourished and for over a century Glashütte was Germany's watchmaking capital.

But all that changed after World War II, when Glashütte suddenly found itself in the Communist east part of Germany. All the watchmaking companies were nationalized and forced to build cheap watches, some of which were secretly sold in the West.

There was still talent here
Wilhelm Schmid, CEO of A. Lange & Söhne

After the fall of the Berlin Wall, much of the watch industry was able to get back on its feet, explained Schmid. "There was still talent here. They were working on different watches than we are working on here today, but the talent generally speaking was there," he said. "So all we had to do was help them to get to the next level."

Fortunately for those companies, Glashütte has revived as Germany's capital of watchmaking once again, employing more people than it ever has. Of the town's 1,800 residents, 1,500 work in the watchmaking industry.

Watchmaker Nomos Glashütte is another example of the area's growth in the past 25 years. The company, formed two months after the fall of the Berlin Wall, says its focus on design has pushed it forward in the past 25 years. "We have brought great and unique design to Glashütte," said Uwe Ahrendt, CEO of Nomos Glashütte. "We make beautiful watches and our timepieces come at very good prices," he said.

In an era of start-ups and cheaper products being made at a fraction of the cost, the anniversary of the fall of the Berlin Wall is a reflection of how resilient these particular watchmakers have been, and how adaptable they are in the global landscape.

Read more Super fast and green? How the new breed of sports cars is getting a makeover