The politics of fear isn't working 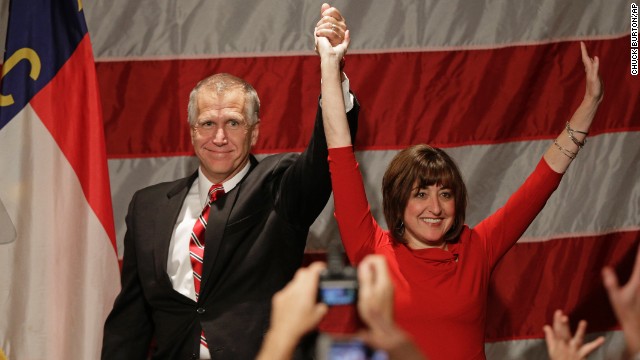 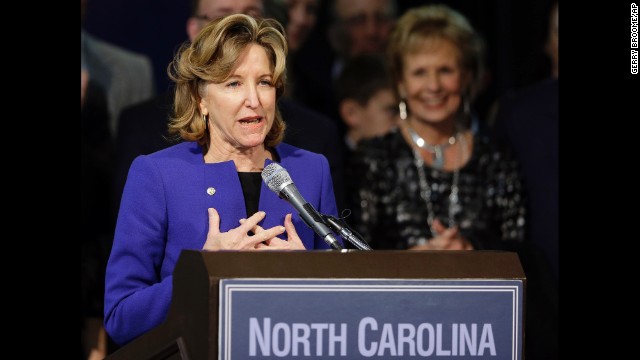 Hagan gives her concession speech in Greensboro on Tuesday, November 4. 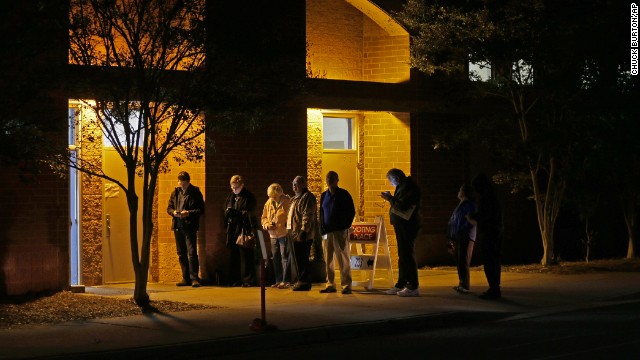 A handful of people wait in line before polls open November 4 at Elizabeth Lane Elementary School in Matthews. 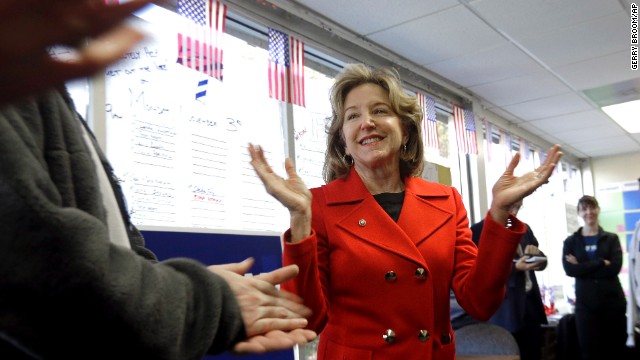 Hagan greets supporters at a campaign office in Cary on Monday, November 3. 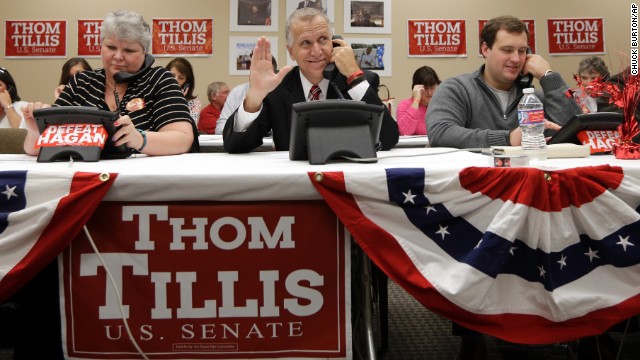 Tillis waves to a supporter as he makes calls at his campaign office in Cornelius on November 3. 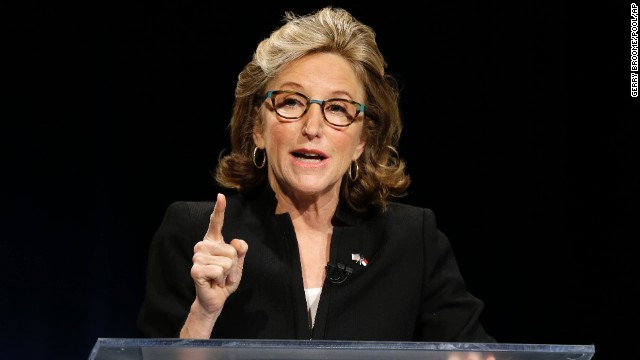 Hagan, shown debating Tillis last month, was elected to the U.S. Senate in 2008. 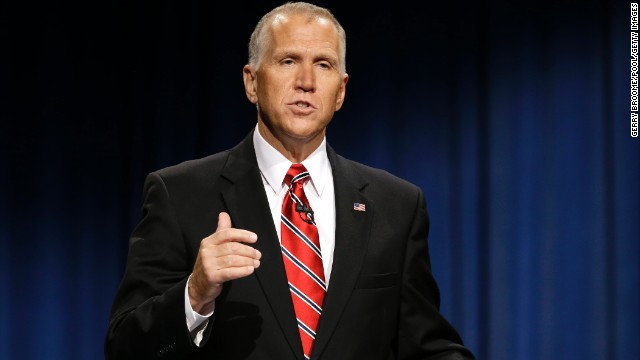 Tillis focused much of his campaign on criticism of Hagan's support for Obama's agenda. 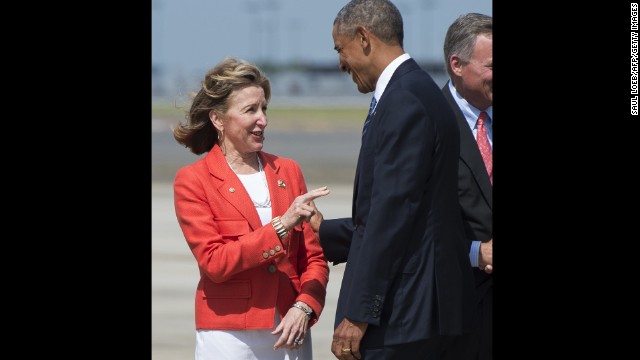 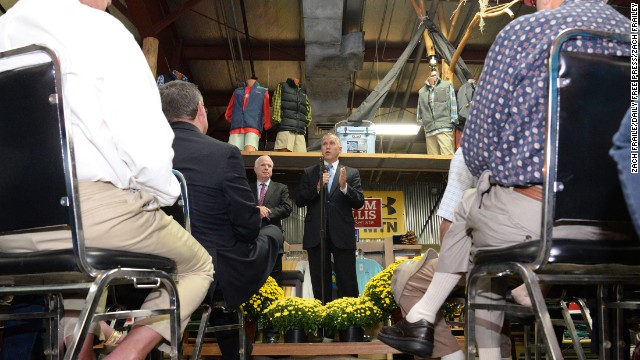 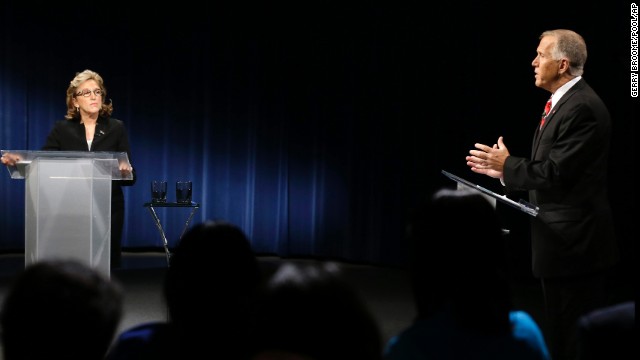 Editor's note: Ruben Navarrette is a CNN contributor, Daily Beast columnist and a nationally syndicated columnist with the Washington Post Writers Group. Follow him on Twitter: @rubennavarrette. The opinions expressed in this commentary are solely those of the author.

San Diego (CNN) -- Politicians in both parties might have seriously miscalculated. The election returns aren't in yet, so we can't know for sure. Still, if trends continue, this could turn out to be a bad year for fear.

When this election season started several months ago, Republicans and Democrats thought they'd scare up a few votes by accusing their opponents of being, let's see, soft on the border, determined to take away women's reproductive rights, simpatico with tea party extremists, incapable of protecting America from terrorists or deadly viruses, eager to impeach the President, or even intent on dragging us back to one of our country's darkest chapters by bringing back lynching.

You think I'm exaggerating? Perhaps a little, but not much. Have you taken a look at the campaign fliers in your mailbox? Be warned. They're pretty scary. This October, every day felt like Halloween.

Whether it was coming from Republicans or Democrats, the message was pretty much the same: "Boo!" Or in the long form, it went like this: "You're in danger!"

Christie to heckler: 'sit down, shut up'

Carney: Dems will have a bad election day

And Candidate XYZ is going to make you even less safe and more vulnerable. You need to protect yourself and your family, and vote against Candidate XYZ. And hey, look, I'm on the ballot, too. So why not vote for me as a safer alternative?"

This isn't your usual surge of negative campaigning, where candidates sling mud and attack one another's character, honesty or integrity. Americans are used to that. In fact, hopefully, they're largely immune to it by now.

This is much worse. What was on display in many of this year's Senate races was the politics of fear, where politicians are so desperate to get elected or re-elected that they use inflammatory commercials and wild accusations to terrify the same group of voters who they should be trying to inspire with a hopeful and confident message.

When will they learn that positive messages are always stronger than negative ones? This lesson was not lost on two of the most successful politicians in the last half of the 20th century: Ronald Reagan and Bill Clinton. Both men were happy warriors whose hopeful messages triumphed over the doom and gloom peddled by their opponents.

The good news is that, this year, it doesn't seem as if this strategy have worked out very well for the fear mongers. Look at the polls in races where specific candidates have tried to scare voters away from their opponents:

-- Fear is on the run in North Carolina, where a third party group's campaign mailer in support of Democratic Sen. Kay Hagan, which was clearly aimed at African-Americans, warned that electing Republican challenger Thom Tillis would set the stage for the immediate impeachment of President Barack Obama. The faded image in the background: a lynching.

So if Hagan isn't re-elected, the nation's first African-American president is headed for a political lynching? That's shameful but not exactly subtle. In the same contest, the Senate Majority PAC released a radio ad slamming Tillis for his support for Stand Your Ground Laws "that caused the shooting death of Trayvon Martin." So Tillis somehow contributed to the 2012 death of Martin? Outrageous.

-- Fear is on the run in Texas, Arizona, California and New Mexico where Republicans want to scare voters into thinking that ISIS and Ebola -- or perhaps even ISIS militants infected with Ebola -- are salsa dancing across a porous U.S.-Mexican border.

There's no evidence that either ISIS or Ebola is coming across the border, and the Department of Homeland Security has called the idea "categorically false." Consequently, that line of attack isn't gaining any traction in key races in border states. Even in those races where Republicans are favored, the scare tactics don't seem to winning over independent voters who wouldn't normally support the GOP.

Why doesn't the Republican Party just be honest and go back to what GOP elected officials in the Southwest have always portrayed as the real threat: Invading hordes of Mexicans who steal the worst and dirtiest jobs? Maybe Republicans are the ones who are afraid. Maybe they're concerned that, if they said this, they would sound racist. Imagine that.

-- And, most of all, fear is on the run in Colorado, where Republican Cory Gardner maintains a narrow lead over Democratic Sen. Mark Udall in most polls.

Technically, the race is a toss-up, but given that Udall had the money and name recognition that comes with being the incumbent, it's no wonder that Democrats are bracing for a defeat. Udall bet all his marbles on the female vote, but then he proceeded to insult that constituency by overplaying his hand.

Forgetting that women care about issues such as the economy and terrorism as much as men do, Udall pushed the issue of abortion rights to the point where the senator has been mockingly dubbed: "Mark Uterus." This was not a good re-election strategy for Udall, but it has turned out to be good for the Gardner campaign.

Even with all this election year negativity, there is a positive side. One group of voters after another -- from African-Americans to pro-border security conservatives to women -- have, whether they realize it or not, been given a valuable gift.

On Tuesday, they have the opportunity to shrug off the soundbites, declare their independence from the politics of fear and send a message of their own. From this point on, they need to insist upon something that elected officials don't always give voters: respect.