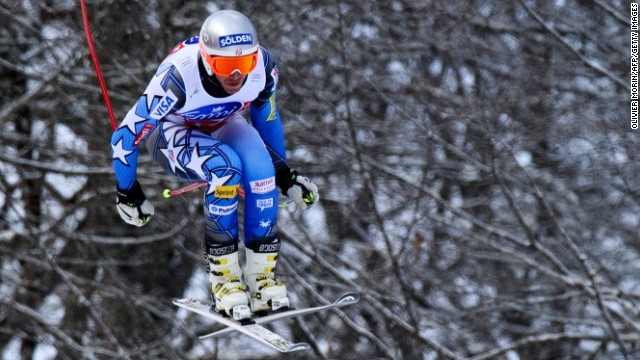 Bode Miller, one of the world's most famous ski racers, is planning a career change. 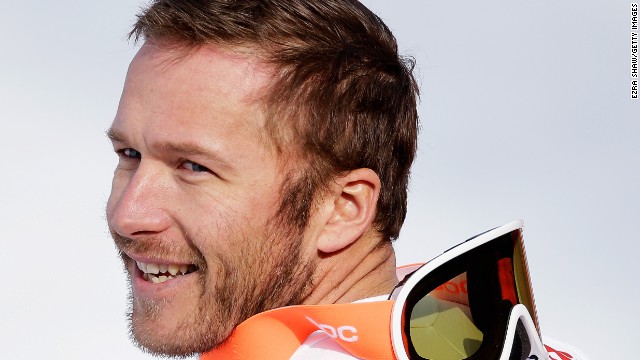 After a long and illustrious career on the slopes, Miller plans to conquer the world of horse racing. 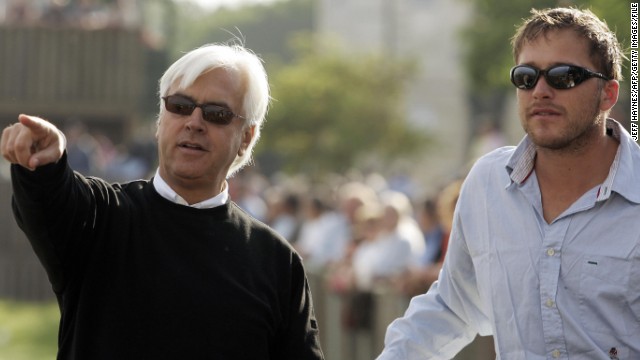 Bob Baffert, pictured here with Miller in 2006, will be the six-time Olympic medalist's partner as he embarks on the new challenge. Baffert is a three-time winning trainer at the Kentucky Derby, a race Miller has long dreamed of conquering. 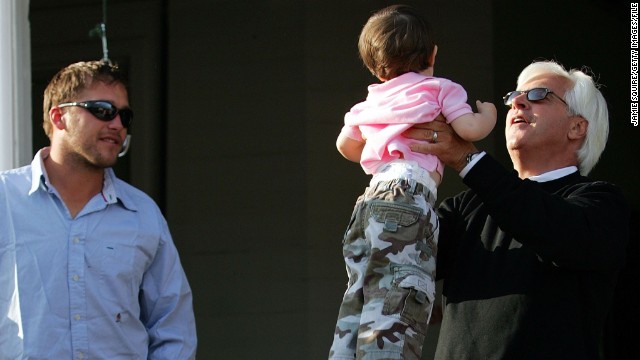 Baffert named one of his sons Bode -- pictured here with Miller at Churchill Downs -- and in 2012 his horse Bodemeister was runner-up at the Kentucky Derby and then the Preakness Stakes, having led both races, before skipping the third leg of the Triple Crown season. 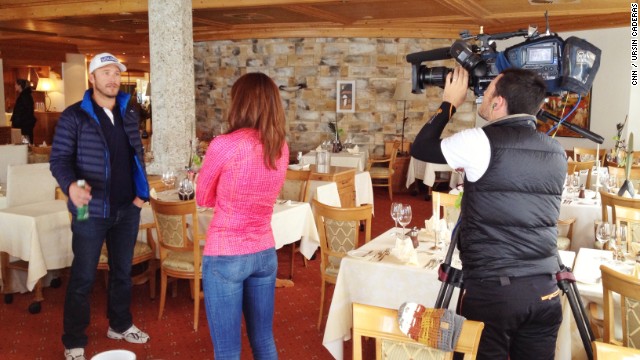 The 37-year-old Miller spoke to CNN's Christina MacFarlane at the 2014-15 skiing season's World Cup opener in Solden, Austria in October. 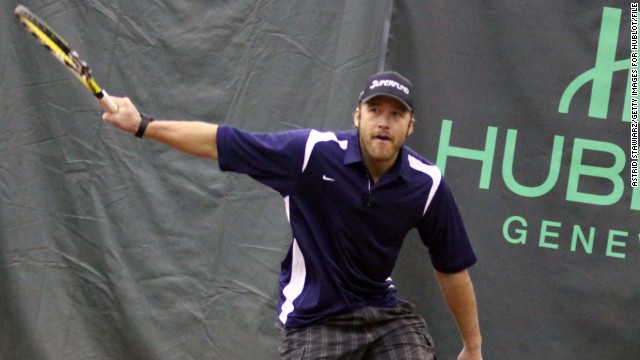 It's not the first time Miller has ventured outside of skiing. In 2010, he was invited by the United States Tennis Association to compete in a qualifying tournament for the U.S. Open. He was beaten in straight sets by Erik Nelson-Kortland. 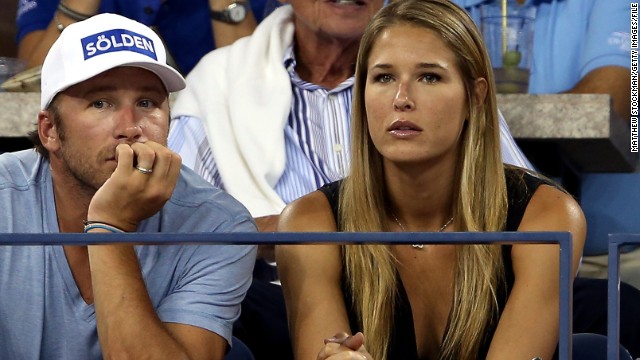 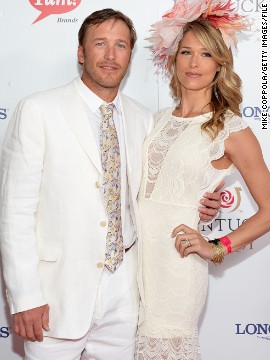 They were among the attendees at the 2014 Kentucky Derby, where Baffert's horse Chitu was ninth behind victor California Chrome. 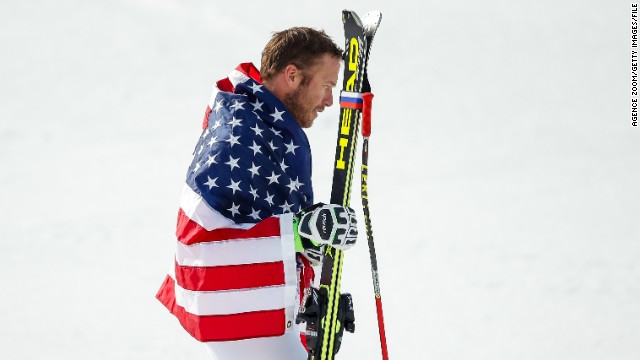 Miller won an emotional sixth Olympic medal of his long career at the Sochi 2014 Winter Games. He claimed joint bronze in the men's Super-G event. 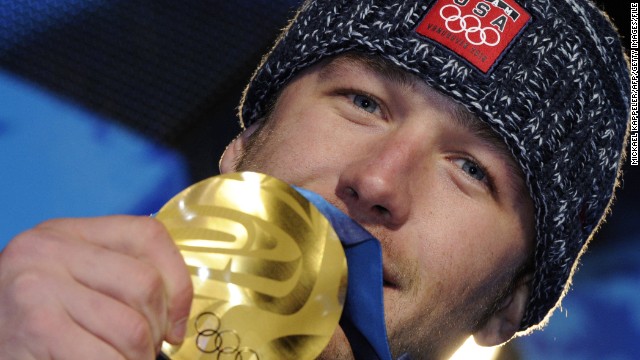 One of the finest skiers of all time, the American's obsessive attention to detail has paid dividends during his mercurial career on the slopes.

Now, as the 37-year-old enters the autumn of his alpine skiing days, Miller hopes to transfer his meticulous approach to training racehorses.

He is convinced that technology is key to equine success, and he aims to take his flair for innovation from the piste to the racetrack.

"I'm one of the people who sees it really clearly because I'm in a different sport that uses all that stuff," Miller told CNN at last weekend's World Cup ski opener in Solden, Austria.

"The people in horse racing don't see it at all. They think it's crazy, they think it's like voodoo and magic, and for us it's just normal stuff."

In Miller's experience, success can be achieved by the smallest of margins.

Winless for two years and dogged by injury, it was a heart-in-mouth moment when he roared down the mountain at February's Sochi Winter Games in a final attempt to add to his Olympic medal tally.

"I've always been very scientific in my approach -- in Sochi I changed from using a rubber goggle strap to a plastic strap because research showed it would save me one-hundredth of a second," he explained at the premier of a new documentary "Quest for the Future," about life after skiing.

"I took bronze by one-hundredth of a second!"

He was famously one of the first athletes to break away from the U.S. ski team -- and be successful.

Visiting my big baby #SteepNDeep in Kentucky. Changing horse racing one day at a time

And, although he enters horse racing as something of a novice, Miller is confident that a modern approach could reap rich rewards.

"Twenty-five years ago, ski racing equipment was archaic. I came in and said, 'Let's build shape skis' and a bunch of other changes, and the sport changed really dramatically and allowed me to be on the front end of it for a long time," he says.

"Twenty years ago horse racing was the same, but now it's in a perfect place where sport and technology can be put together. It's all invented already, but you just have to apply it in the right way."

It's not the first time Miller's attention has been drawn away from ski racing.

In 2010, following an invitation from the United States Tennis Association, Miller tried and failed to qualify for the U.S. Open, losing his opening match at the sectional playoffs.

But his passion for flat racing has been bubbling under the surface for some time.

Ever since becoming a small-portion owner in a racehorse 10 years ago, Miller has slowly developed his knowledge and expertise to the level that he can now realize his ambition of a full-time career in the sport.

And it's clear the high-stakes nature of racing appeals to his basic instincts.

"The horses perform at their highest level -- they're trying with everything they have," Miller says.

Steep N Deep. Icy Ride. And my girls own London Mae. Wish I still had Carving. "@bryce_koch: @MillerBode how many horses do you have ?"

"I think coming from ski racing I can appreciate that. Losing by just a nose, or a whisker," he smiles, "it's tough."

As with everything Miller commits himself to, only "the best" will do.

"It really has a lot of the critical components of things that I love in my life," he continues. "To set that on top of the challenge of figuring out an industry and becoming the best in the world at something ... It's just the icing on the cake."

But this time he won't be going it alone.

Helping him out of the starting gate is one of the best trainers in the business, Bob Baffert, who appears to provide the "Yin" to Miller's "Yang."

"For me he's a great example of how to balance out expert horsemanship -- which he has -- with sports science and technology, which is what I have," Miller says of his new partner.

And with three Kentucky Derby wins under his belt, Baffert also brings a wealth of knowledge of what it takes to win America's preeminent flat racing event -- a long-held ambition for Miller.

"When people talk about a horse race, that's the one they talk about," he says. "It's the biggest showpiece, it has the same prestige in the sport the same way Kitzbuhel does in ski racing. It's a very challenging race to win."

So what of his skiing career?

Miller fueled speculation that he would compete at the 2018 Winter Olympics in PyeongChang after signing a four-year contract with helmet manufacturer Dainese.

But he was quick to dismiss the rumor on Twitter, citing his already advanced years for a top skier.

Ya'll are crazy if you think I'm skiing 4 more years. I was old 10 years ago.

At this stage of the game, health has become a real consideration for Miller.

On Sunday he withdrew from the 2014-15 season's first World Cup event in Solden with an ongoing back injury -- a sign that he's no longer willing to put his body on the line.

"If it was golf then, you know, maybe I could lag on for another couple of years and keep competing because there's no real harm in it," he admits.

"In skiing, if you make the wrong mistake or you're not fully prepared, you can kill yourself.

"If I'm not in peak form or putting in all the work you need to be prepared and safe, then I'll pull away from the sport."

The high-octane world of flat racing holds no such risks for Miller, only tantalizing rewards.

And as he moves into his twilight years on the snow, this workhorse has a feeling the turf will suit him just fine.

"I can stay focused on something indefinitely for as long as it needs to happen, and I love that horses are the same way," he says.

"When you put a horse to task they do what you ask them to every time, so building a scenario which helps them to peak at the right time is really appealing to me. It's exactly what we do in ski racing."