(CNN) -- Comedian Chelsea Handler often aims to spark controversy, and one of her latest Instagram snapshots is no exception.

It shows Handler posing topless astride a horse in the style of a famous photo of Russian President Vladimir Putin.

Chelsea Handler behind the scenes 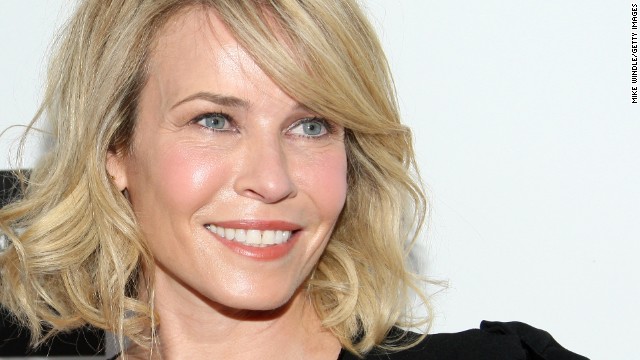 Chelsea Handler's barbed humor is taking her from late-night to Netflix. After spending seven years as the E! network's formidable comedian and celebrity interviewer, Handler's moving on to uncharted waters. Here's how she's carved her path: 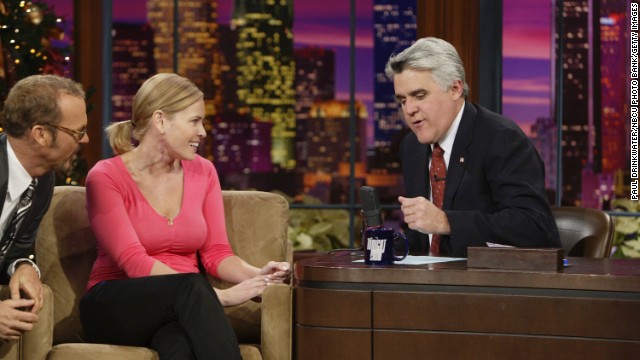 A New Jersey native, Handler first moved to Los Angeles at 19 with the goal of becoming an actress. At 21, she turned a legal lemon into lemonade when a DUI prompted her entree into stand-up comedy. It was while working as a waitress that she gave stand-up a whirl -- and immediately found her calling. She was gaining a reputation for her biting wit when she appeared on "The Tonight Show With Jay Leno" in 2004. 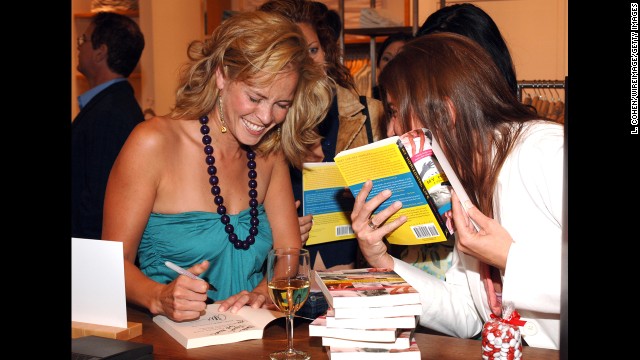 In 2005, Handler released her first book, the best-selling "My Horizontal Life: A Collection of One-Night Stands." 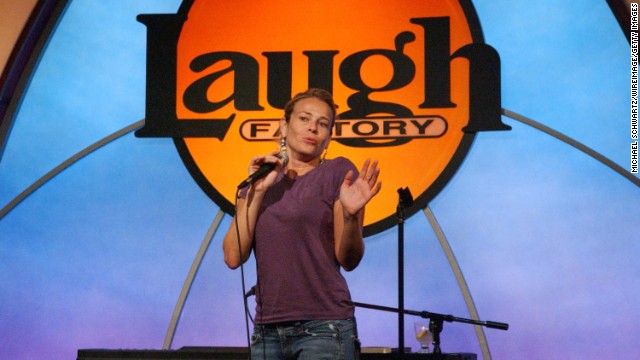 Handler did eventually land work as an actress -- she's made appearances in TV dramas such as "The Practice" as well as comedies such as "My Wife and Kids" and "The Bernie Mac Show." But her stand-up career has been so successful that she's performed at renowned venues such as The Laugh Factory in Los Angeles. 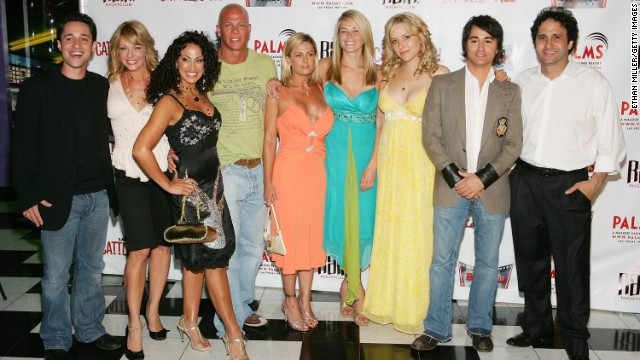 In 2006, Handler -- pictured here, center, at the June 1, 2006, premiere of "National Lampoon's Cattle Call" in Las Vegas -- made her foray into late-night TV. Her first show was a sketch program called "The Chelsea Handler Show," which lasted for a season. The following year, "Chelsea Lately" premiered on E!. 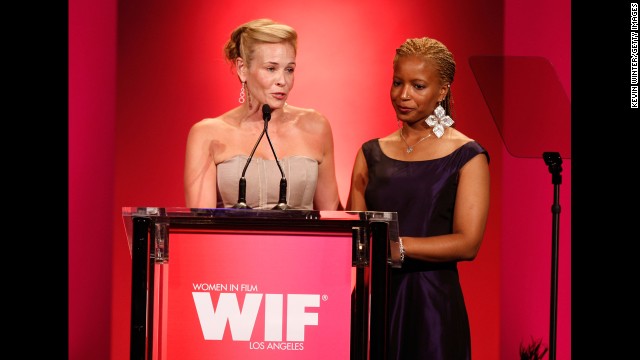 Wherever Chelsea Handler pops up, you can always expect a surprise. When she spoke at the 2009 Crystal + Lucy Awards, Handler feted the "Twilight" director thusly: "As you all know, Catherine directed 'Twilight.' When I first read that movie was about a guy who stays out all night sinking his teeth into young girls, I was like, 'Why are they making a movie about Jeremy Piven?'" When the audience hooted with surprise, Handler replied, "It's OK, you can laugh at that. He's an a**hole." 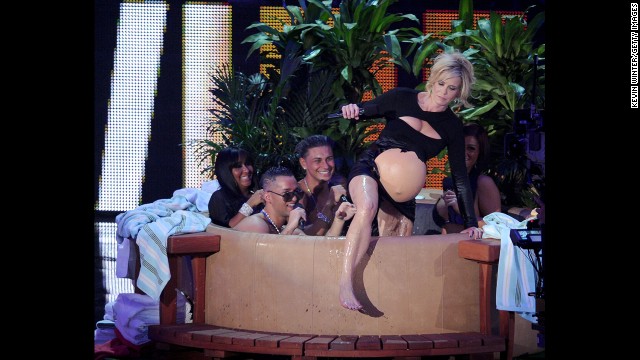 As "Chelsea Lately" became a late-night mainstay, Handler moved on to bigger stand-up waters -- such as the MTV Video Music Awards in 2010. Her antics included getting "pregnant" after sharing a hot tub with the cast of "Jersey Shore" and referring to Kanye West as the "big, black elephant in the room." Needless to say, Handler's performance was controversial. 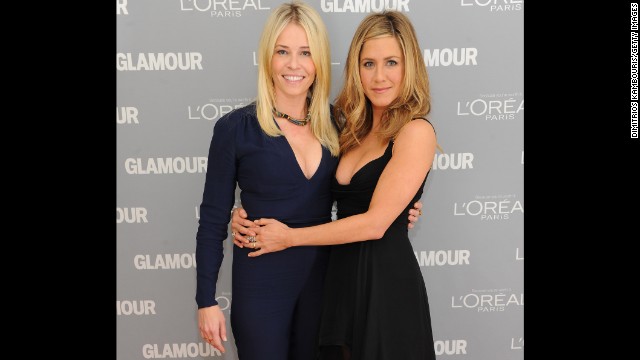 It seems the more famous Handler's become, the more she hangs out with the A-listers. Jennifer Aniston, pictured here with Handler at Glamour's 2011 Women of the Year Awards, is just one of the host's celebrity pals. 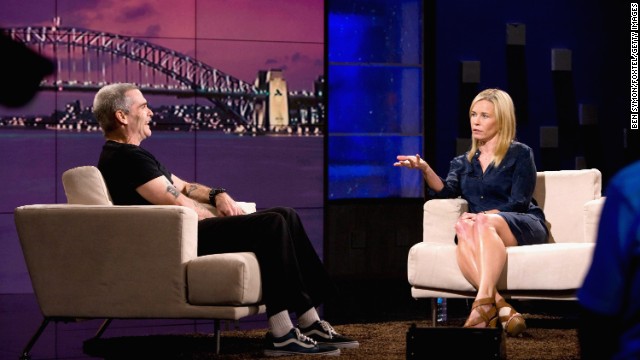 In 2011, Handler took "Chelsea Lately" down under to Australia, but if you think she adjusted her act for an international audience, you'd be wrong. When Henry Rollins arrived on the "Lately" set, Handler was just as raw as ever. 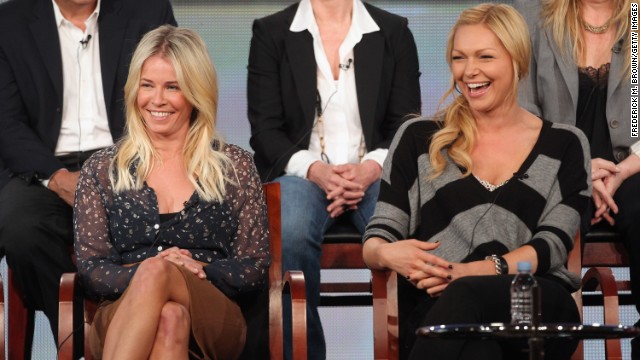 In 2012, Handler's brand of comedy was so popular that NBC tried to get a piece of her success with the comedy "Are You There, Chelsea?" based on her 2008 hit book, "Are You There Vodka? It's Me, Chelsea." The sitcom starred Laura Prepon with Handler serving as an executive producer. The series only lasted one season. 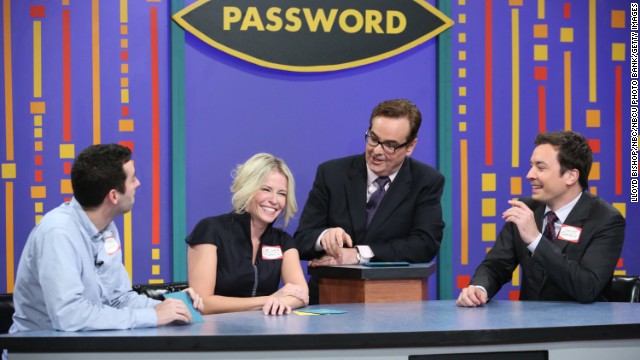 Handler had become such a popular presence on late-night TV that many were pulling for her to make the jump from cable to broadcast when Jimmy Fallon announced he was leaving "Late Night" in 2013. Here, she joins Fallon and Steve Higgins on NBC's "Late Night" in November 2012. The show was eventually taken over by "Saturday Night Live's" Seth Meyers. 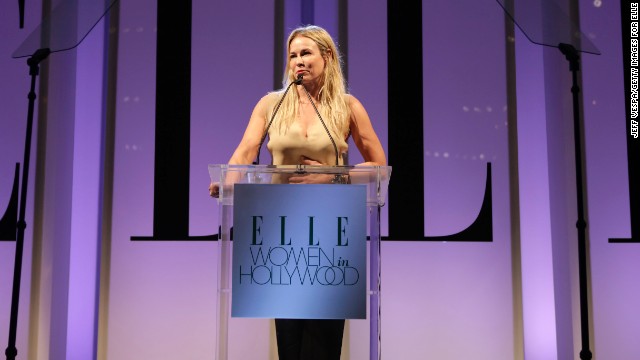 While the clamoring to see Handler move into the late-night boys club on broadcast continued -- more opportunities popped up when David Letterman, too, announced his retirement -- Handler had something else up her sleeve. "I have never had nor will have any desire to take a job someone else has already had," Handler tweeted in April 2014. "Speculation to the contrary is inaccurate. Godspeed." 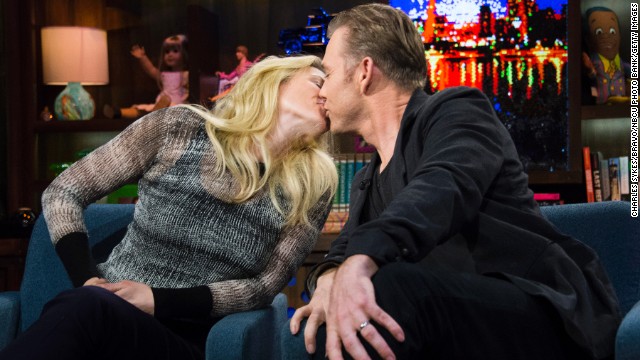 It's easy to see why everyone wanted Handler to get an even bigger platform, though -- we really just want more moments like these, when she kissed "Silver Spoons" star Ricky Schroder on Bravo's "Watch What Happens Live" in 2013. 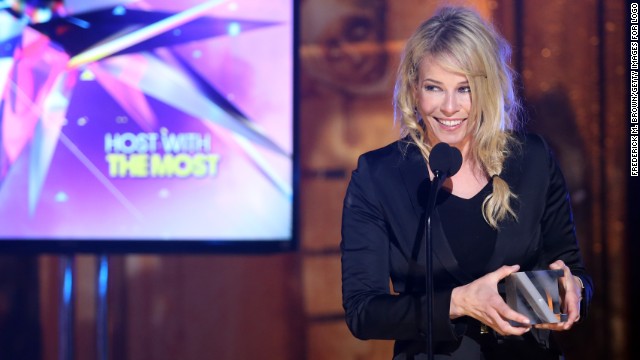 Chelsea Handler: From 'Lately' to Netflix

Her message: "Anything a man can do, a woman has the right to do better. #kremlin"

Instagram pulled the photo down more than once, according to Handler, because it violated the company's standards.

Handler argues that the company's implementation of its policy is sexist. "If a man posts a photo of his nipples, it's ok, but not a woman? Are we in 1825?"

The topic of women having the right to go topless on social media was addressed by Scout Willis, daughter of actors Demi Moore and Bruce Willis, in May when she posted photos to Twitter of herself walking topless in New York.

Handler has apparently decided that Instagram is too restrictive for her purposes. She posted a photo of her adorable pups to the site Friday along with a farewell message.

"You can now find my dogs and my breasts on Twitter only where my followers have the right to choose what they say. Bye bye instablock."

You can now find my dogs and my breasts on Twitter only where my followers have the right to choose what they say. Bye bye instablock