What Americans could have bought instead of a $4 billion election

(CNN) -- Tuesday's elections are projected to be the most expensive midterms in history - costing almost $4 billion, according to Center for Responsive Politics, a non-partisan group that tracks money in politics.

Four billion bucks is a boatload of cash. It's 10 times more than the government has committed to fighting Ebola in West Africa and would be enough to build 100 treatment centers and run them for years. 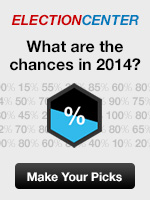 That kind of money could also buy 25 F-18 fighter jets, pay for more than 12,000 students' K-12 education and have enough left over to produce a summer blockbuster.

Or, maybe it makes more sense to think about elections for what they are - glorified marketing campaigns. It took Apple, the world's most valuable company, the last four years or so to spend four billion advertising dollars.

Now, with some sense of the scale for the cash being thrown around, let's take a look at how it's being spent to influence how voters think about this election.

The bulk of that money is being spent by parties and candidates on the nuts and bolts of campaigning, things like staff salaries, advertising and get-out-the-vote efforts. But $1 billion of it is being spent by outside groups not formally tied to candidates or parties. But that's not to say they don't have a dog in the fight.

"Outside spenders are trying to buy influence. This year the Senate is up for grabs, we see massive spending in these competitive races. These people want to have their guy win, and they want their guy to know that they helped him win," said Ian Vandewalker of the Brennan Center for Justice, which supports campaign finance reform.

And much of that money comes from groups that don't disclose all their donors -- known in politics as dark money groups. They've grown in popularity since the Supreme Court's Citizens United ruling loosened campaign finance rules to allow groups to raise unlimited money from secret donors and campaign for or against candidates.

Vandewalker looked at nine races that could decide control of the Senate and found that by the end of September more than half of the roughly $160 million spent by outside groups came from dark money groups.

In Kentucky, a dark money group working to re-elect Senate Republican Leader Mitch McConnell has already spent about $7.5 million, making the Kentucky Opportunity Coalition "the biggest-spending, single-candidate dark-money group in the history of Senate elections," Vandewalker wrote in his report on election spending.

Curt Devine contributed to this report

You know that Republican doctor who got one of his patients pregnant and then demanded that she get an abortion? Yeah, he won.
Many historic firsts among midterms
updated 3:20 PM EST, Wed November 5, 2014

A Republican tide ripped the Senate away from Democrats, giving the GOP full control of Congress and the power to pin down President Obama.
GOP keeps grip on House
updated 9:47 PM EST, Tue November 4, 2014

CNN asked commentators for views on the results of the midterm elections, in which the GOP took back the Senate and retained control of the House.
Tim Scott makes history in S.C.
updated 8:17 PM EST, Wed November 5, 2014

Voters in Oregon and D.C. have voted to approve sweeping pro-marijuana legalization while voters in Florida gave the thumbs down.
Good night for GOP governors
updated 7:59 AM EST, Wed November 5, 2014

A majority of Americans are dissatisfied with President Obama's administration and GOP leaders, according to exit polls released and analyzed by CNN.
Photos: The places America votes
updated 9:47 PM EST, Tue November 4, 2014

Take a look around the country in our gallery as America votes.
2014 Midterms: The Big Donors

Who's giving to outside groups? It's not just candidates and parties spending the cash.