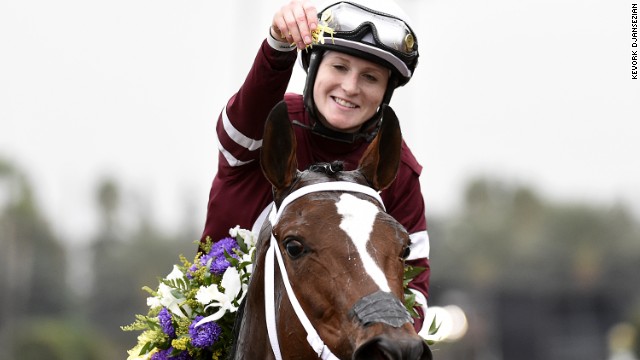 Rosie Napravnik celebrates atop Untapable after becoming the first female jockey to win the Breeders' Cup Distaff in Santa Anita, California. Napravnik would later announce she was retiring because she is seven weeks pregnant. 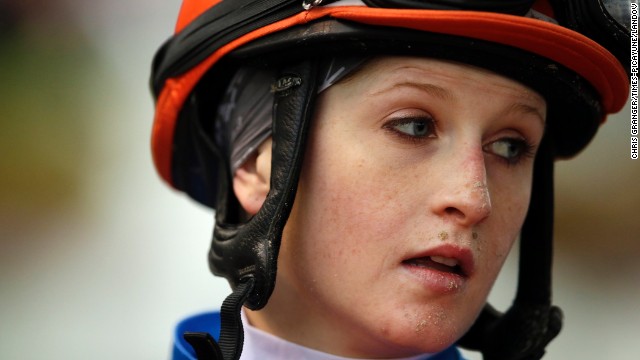 The 26-year-old would later announce she was retiring because she is seven weeks pregnant. 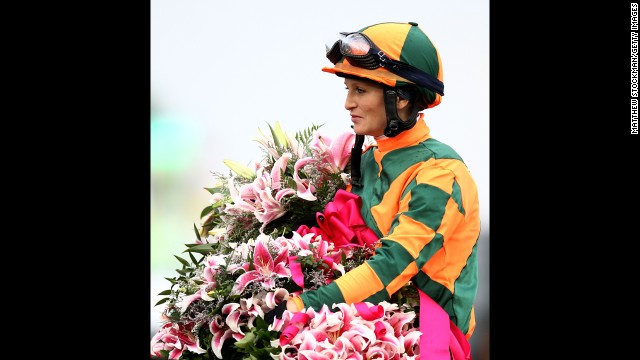 Napravnik is one of the highest earning jockeys on the circuit today, earning upwards of $13 million in 2014 alone, according to Equibase. 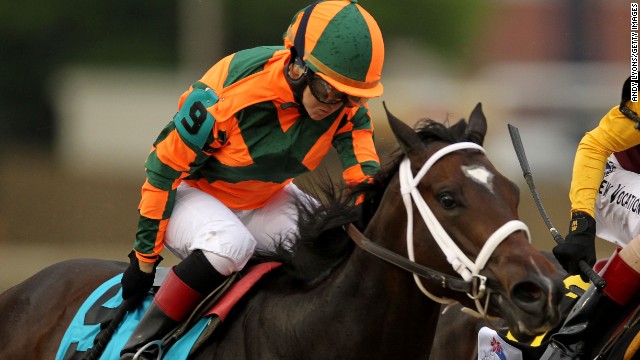 Believe You Can ridden by Napravnik comes down the final stretch during the 138th Kentucky Oaks at Churchill Downs on May 4, 2012, in Louisville, Kentucky. 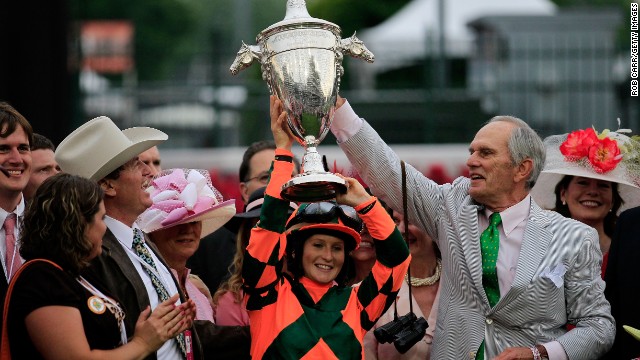 Napravnik is a two time winner of the prestigious Kentucky Oaks race. 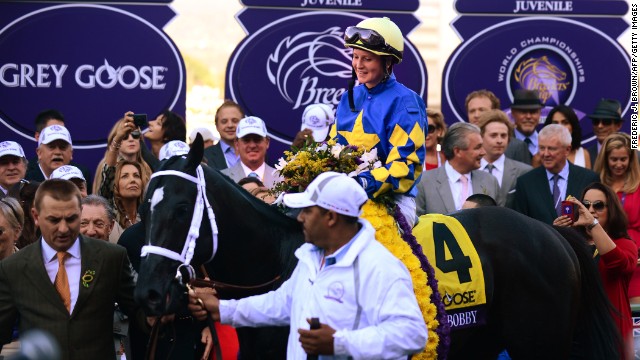 The New Jersey native has spoken of her intention to start a family in the past but few expected the announcement so soon after such a historic triumph. 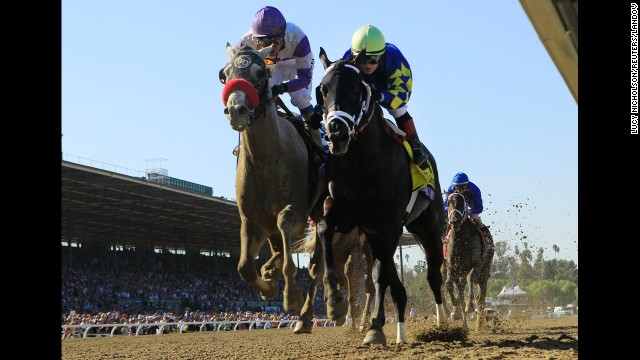 (CNN) -- Rosie Napravnik made history by becoming the first female jockey to win the $2 million Breeders' Cup Distaff Friday -- then she dropped the real bombshell by revealing she was seven weeks pregnant and would retire after racing again on Saturday.

The 26-year-old guided the three-year-old fillie, Untapable, to a one and a quarter length victory over its closest rival at the prestigious event in Arcadia, California.

She then took to the podium to reveal the baby news in front of her stunned mother, who she had still to inform of her pregnancy at this point, and a live television audience.

"Wasn't planning to announce until after I finish riding tomorrow but winning the BC Distaff on Untapable was just too special," Napravnik later tweeted.

"Looking forward to 4 live mounts tomorrow (Saturday) and making my retirement even more special by going out with a bang," she later added.

Joe and I are overjoyed to announce the news of our first child together. And perhaps nobody is more excited than his daughter Aiyana 😊

A two time winner of the Kentucky Oaks and the Breeders' Cup Juvenile in 2012, Napravnik is married to Joe Sharp who is a racehorse trainer himself.

She is currently the sixth highest earning jockey on the North American circuit, winning more than $13 million of prize money in 2014 alone.

In the past she has spoken about the challenges female jockeys face compared to their male counterparts.

"For a female jockey it's a little bit harder to get yourself established. But once you can get over that hump and prove that you're a competitive rider, and win races, it's irrelevant what gender you are," she told CNN in 2013.

"To be honest, the female aspect has worked to my advantage in a lot of respects -- just with publicity and being recognized for things that I've accomplished which may not have been such a big deal if it was just another male jockey."

Ok I no I dropped a pretty good sized bomb on everybody yesterday but I've still got 1 very exciting day of work left before retirement!

But perhaps the racing world shouldn't be too surprised Napravik has decided to chose motherhood over the saddle.

She revealed in the run-up to last year's Kentucky Derby that she planned to start a family before long.

"There's still a lot of things that I want to accomplish in my career so I'm going to try and get all of that out of the way first -- my husband and I are very excited about having a family," she said at the time.

That said, there can be hardly anyone who expected the announcement so abruptly after a historic triumph.