The King Charles spaniel was sent into a 21-day quarantine

Mayor: "The human nature of this story made it poignant"

Amidst loving squeezes and oohs and aahs (from her), and slobbery kisses and a wagging tail (from him), Nina Pham was reunited Saturday with her beloved King Charles spaniel and “best friend,” Bentley.

“It feels like Christmas literally,” Pham said Saturday. “I just can’t imagine just having my best friend back. It’s an amazing feeling.”

Pham is the Dallas nurse who contracted Ebola after caring for Thomas Eric Duncan, the first patient diagnosed in the United States.

Four days after Duncan died on October 8, Pham tested positive for the virus and was taken to the National Institutes of Health in Maryland for treatment.

That meant leaving Bentley behind to face an uncertain fate.

Bentley, the dog of nurse Nina Pham, has been cleared of Ebola.
City of Dallas

In Spain, when a nurse’s assistant contracted Ebola, authorities decided to euthanize her dog, Excalibur.

Nina Pham rides with her dog, Bentley, as seen in this photo from Facebook. After Pham's treatment for Ebola and Bentley's quarantine, the two were reunited Saturday.
From Facebook

But Dallas officials decided against putting Bentley down, instead sending him into a 21-day quarantine – the incubation period for the deadly virus.

Pham was discharged October 24. But not Bentley.

He underwent tests. First one, then another, then yet another.

Three times a day, caretakers in hazmat suits tended to him. The other times, he’d chase balls in his quarantine space.

“He’s such a joy, you can’t help but love this little guy,” said Dr. Cate McManus, operations manager of Dallas Animal Services. “I can’t wait to see him on talk shows when he’s all healthy and out of here.”

After the third test also came back negative, and the 21-day period was over, it was time for the reunion. 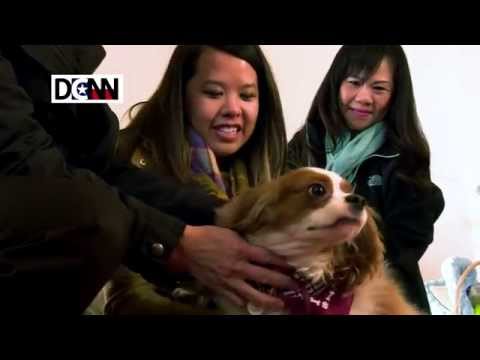 Pham and Bentley’s reunion was a small glimmer of good news against the bleak backdrop of the Ebola outbreak.

“We are thrilled for this day for a lot of reasons, but mainly it’s a human story,” said Dallas Mayor Mike Rawlings on Saturday. “The human nature of this story made it poignant – that everybody came out of this in a positive healthy way.”

Pham said the reunion was “just one step closer to me feeling whole again.”

The next step? Picking out gifts for Bentley’s 2nd birthday this month.