Why millennials are not cheap 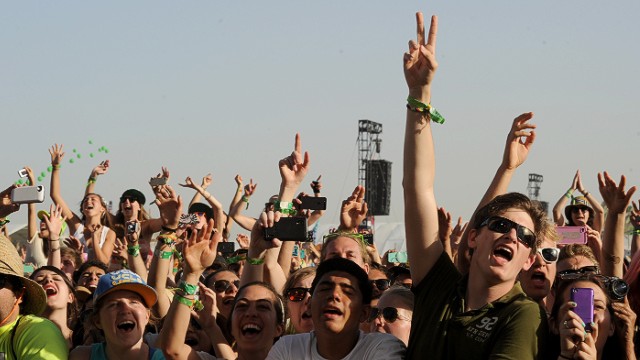 (CNN) -- Millennials, that burgeoning category of young people who currently clock in between the ages of 17 and 35, are probably the most overanalyzed and overhyped generation in American history. I write this from the eye-rolling vantage point of a gen Xer — a member of a generation that tends to get ignored. Even so, I'll begrudgingly admit that there's steak behind the sizzle.

With a headcount of 78 million, they're the biggest cohort in our nation's history, and collectively have the latent spending power and political clout to radically transform America.

But great potential invites great skepticism. That's why millennial naysaying is so popular in the media, with pundits regularly chiming in on their sense of entitlement, their propensity toward self-indulgence, their lack of direction and their resistance to rules and authority.

One of the most common refrains is that millennials don't spend. The Atlantic even wryly dubbed them "The Cheapest Generation," which I'm sure would come as a huge shock to the 70- and 80-somethings who grew up during the Great Depression and came of age during World War II.

Of course, in our consumption-driven culture, failing to buy enough stuff is tantamount to being un-American. Remember in the days after 9/11, what then-President George W. Bush advised the grieving nation to do? "Participate in the economy." (Materialism is patriotism!)

Make way for the millennials

Winning over the millennial traveler

Who are the millennials? Hear their take

So what use is this giant population of young people if they don't consume? As the Atlantic's Derek Thompson and Jordan Weissmann noted, millennials don't buy cars and they don't buy houses, and that, they suggested, could be an omen of looming fiscal catastrophe. "The largest generation in American history might never spend as lavishly as its parents did — nor on the same things," they wrote. "Since the end of World War II, new cars and suburban houses have powered the world's largest economy and propelled our most impressive recoveries. Millennials may have lost interest in both."

An analysis of data that focuses specifically on millennial values and attitudes suggests that the "cheap millennial" premise is fundamentally flawed — and quite possibly, entirely false. For one, as Thompson and Weissmann acknowledged, a big reason why millennials spend less is because they earn less, being both younger and more likely to be unemployed due to the Great Recession.

Furthermore, as the economy has recovered, millennials are beginning to open up their wallets, according to the report, "TRU Youth MONITOR: Consumers and Commerce," published by the Futures Company. (Full disclosure: I am a consultant for the company.)

Nearly two-thirds of millennials say they're more open to spending money now than they have been in the past few years, versus less than half the population as a whole. And millennials, like generations of young Americans before them, say they use shopping as therapy, with almost three-quarters agreeing that "Buying myself something new helps me feel better if I am feeling down or unhappy," versus 59% of the general population. Finally, over half of millennials say that if they "really want something, price is no object" — versus just 40% of Americans overall.

But what they really want isn't cars or homes. Millennials are spending, and spending plenty, when it comes to the things they're passionate about. It's just that these often aren't "things," at least not in the way we think about things.

"Millennials are much more likely to spend money on things they can share with friends, whether it's a nice dinner out, a weekend road trip or a one-of-a-kind experience," says my colleague, Christian Ruzich, millennial consumer expert and vice president of consulting at the Futures Company. In short, millennials spend on creating lasting memories rather than owning big, expensive objects that end up being anchors — or albatrosses.

So, what are they dishing out the dollars for? Let's call them the three Ts.

Millennials travel for pleasure more than any other group — taking, on average, nine leisure trips a year — and are more likely to have specific experiential goals, such as visiting every continent. They're keenly focused on unique encounters and cultural immersions, and seek to collect truly transformative moments, rather than just resort-based fun. David Chapman, director general of the World Youth Student and Educational Travel Confederation, notes that research shows the nature of youth travel has changed enormously over the past decade. "Young travelers today want, more than ever, to enrich themselves with cultural experiences, to meet local people and to improve their outlook for when they return home."

Millennials may be cutting back on living room media — they make up 44% of households that don't own televisions — but they're redeploying that spending on mobile devices and the services, apps and platforms that power them. Forty-seven percent of teens and 45% of twentysomethings say it is important to them to have the latest features or styles in smartphones (just 39% of teens and 32% of twentysomethings say the same for clothes). About a third of millennials say that if they like expensive brands of smartphones the best, then that's what they usually buy. They don't see the smartphone just as a gadget — for them it's the primary means by which they connect with friends, family and the outside world, making it a vital gatekeeper of their private information and personal relationships.

Millennials are spending more on education than any prior generation to date. Of course, a good percentage of this goes toward paying down loans on schooling they've already obtained. The average millennial graduates with a $30,000 student loan burden. But even being in debt doesn't stop them from investing in advanced degrees, not to mention supplemental certification and enrichment courses.

The thing is, while they're in school, they aren't earning money, they're less likely to need to purchase a house of their own, and they're more likely to live lifestyles where transportation means riding a bus or a bike. That's a big factor in millennial "cheapness" regarding home and auto purchase right there. But the education that this generation is getting is likely to result in bigger salaries down the road, the so-called "college premium." So a great deal of millennial spending is likely not being suppressed, only delayed.

Which means that the naysayers who continue to warn that millennial anti-materialism will bring down the republic can rest easy. Americans aren't done living beyond their means just yet. After all, where would the red, white and blue be without a healthy amount of red ink?