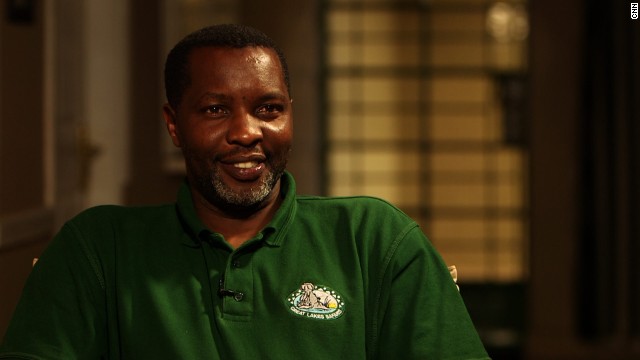 Today, self-made millionaire Amos Wekesa runs one of the largest tourist operations in Uganda: Great Lake Safaris. His trajectory was anything but easy, however. Growing up under the bloody reign of Idi Amin, Wekesa's family had to smuggle to survive. 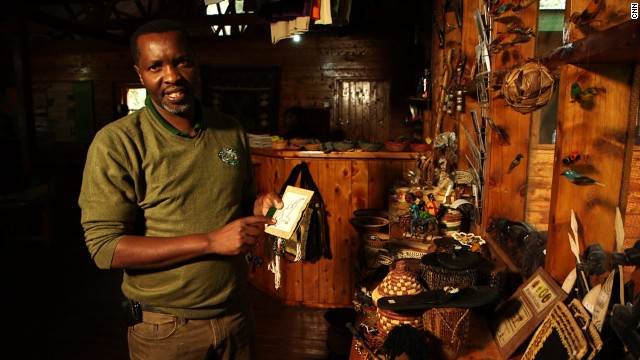 Wekesa became the first local operator to build accommodation in a national park when he was given a government concession to build a lodge in December 2006. Since then, business has continued to thrive. 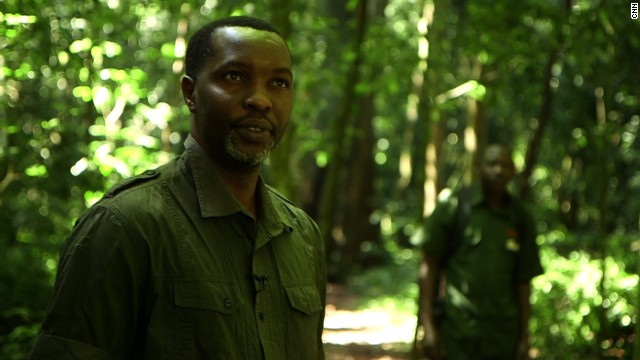 Wekesa says he likes that he's inspired other Ugandans to start building. "Now we are seeing a lot of Ugandans saying 'You know what, if Amos can do it, I can do it,'" he says. 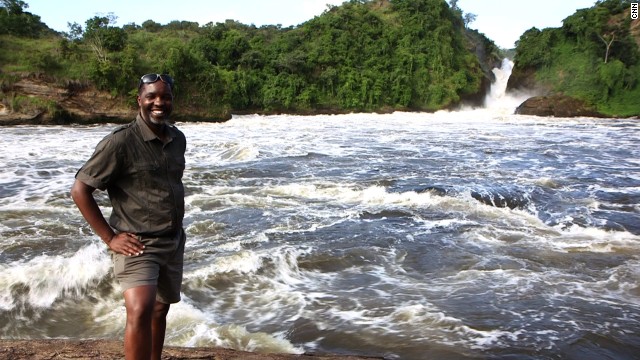 (CNN) -- Amos Wekesa has seen a lot of changes in his country. Today, the self-made mogul oversees Great Lakes Safaris, one of the largest tour operators in Uganda. He has made millions introducing his clients to the splendor of his country, whether taking them on elephant treks in Queen Elizabeth National Park, or giving them an opportunity to get close to the local chimps at Murchison Falls.

"Personally I've traveled the whole world, and I think one of the things I am advantaged with is having seen my own country as a tour guide, and seen how the tourists were shocked about the beauty of this area," he says.

In the last few years, Wekesa has seen tourism numbers swell, but that wasn't always the case.

Though 2013 saw 1.2 million travelers (a 50% increase over the last five years), tourism was at a standstill for many decades in the aftermath of Idi Amin's bloodthirsty reign.

In the shadow of "Big Daddy"

Two year before Wekesa's birth, Amin had forcefully taken control of the country. Amin declared himself President for Life, Conqueror of the British Empire and Last King of Scotland. He also liked to be called "Big Daddy", though his countrymen would eventually bestow a different moniker in the wake of his reign of terror: The Butcher of Uganda.

"At the time I was born, it was a difficult time for every Ugandan. There were a lot of challenges economically for Ugandans. And people tried to find ways to survive," Wekesa recalls of his challenging childhood.

"My family was close to the border and all they could do was smuggle stuff from Kenya. I think as a child, I was involved in smuggling by the age of seven."

There was nothing swift about Wekesa's rise. After school, he worked sweeping floors, earning $10 a month.

"I was living, to be honest, on half a dollar a week," he recalls. His luck would eventually change when scored got a job as a tour guide.

"I remember very well my first trip. We had three tourists and we went around for 15 days. We were doing camping, we had to put up tents, had to cook breakfast for the guys, and stir the campfire until the last person finished smoking, maybe 3 am. It was a draining job," he recalls.

When he decided to set up his own firm in 2001, he found he got little support.

"People would say, 'you were born in a poor family, we told you, you can't do business,'" he says.

"I mean 99% of the people that surrounded were telling me 'You can't succeed. You don't have a background of business.' But I knew in my heart that you know what, I think God has given me this opportunity and tried me out, and I'm going to make sure I succeed in this thing."

Today, Wekesa has made millions and become one of the go-to Ugandan tour guides with a company providing 180 jobs to the local economy.

"The company has grown to be one of the top three safari companies in the country. But I think one of things I like about this is having been the first Ugandan to build accommodation inside a national park. (It inspired) so many Ugandans to start building. Now we are seeing a lot of Ugandans saying, 'you know what 'If Amos can do it, I can do it.'"

Watch the video below to learn more about how Wekesa continues to push the local community to bigger and better things. Alternatively, if viewing on a mobile, click here.