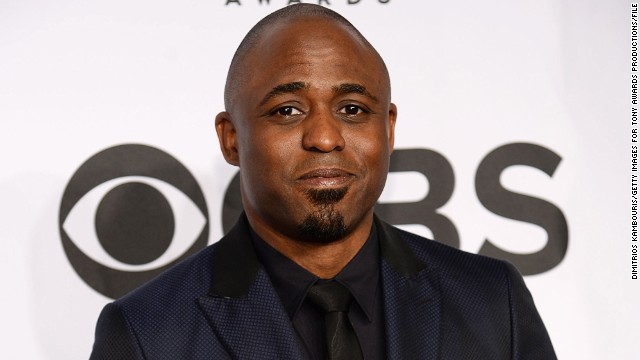 Wayne Brady decided to share his journey with depression in hopes that it would help others.
STORY HIGHLIGHTS

(CNN) -- In front of the camera, Wayne Brady has won awards for making people laugh. But behind the camera, the comedic talent has been struggling with depression.

It was a battle that he kept to himself until an interview Monday with "Entertainment Tonight," when he said that Robin Williams' recent death made him realize how important it was to speak publicly about facing depression.

Williams, who had been dealing with severe depression, was found dead of an apparent suicide in August at the age of 63.

Robin Williams RIP. Truly one of the most talented men in the history of show business. What a loss. To lose those who make us laugh...wow.

Getting to work with him was a life high. U don't get to meet the ppl you look up to very often, and I'm glad to say he never disappointed.

"I think that when you keep these secrets, and something that you learn as you read more and go into treatments and get help is, that these secrets kill," Brady told "ET" Monday. "Nobody wants to out themselves, so to speak. Or if they out themselves, it's in a very Hollywood way. ... If someone says, 'I'm clinically depressed,' that sounds like someone's making something up."

And when you have a job like Brady's, some assume that you wouldn't be prone to depression to begin with.

Depression was a factor when Brady's marriage ended in 2006, but it wasn't until his 42nd birthday in June that Brady knew he needed to seek help.

"I was there by myself, in my bedroom, and had a complete breakdown," Brady said. "When I say breakdown, go ahead and imagine for yourself. Just a brother in his underwear, in his room crying. On that birthday was the beginning of 'OK, I've got to make a change.' "

Now, Brady says he hopes that his admission will help someone else.

"I talked about it (because) I know not everyone is lucky enough to have a support system to talk, and and you may have a wall up that stands between you and help," Brady said. "It may be pride, cultural stigma, shame or just plain old 'I've got this!' I've had all the above! If me talking about my personal journey helps someone, it's all worth it. I'm very blessed to have a great job and family. I can now appreciate all of it much more. I love being able to bring those laughs to other (people) daily and laughing for real myself."

I'm blown away by the positive response about the @etnow story! Much love to all of you who reached out. We're not alone, people!