Pay-per-laugh? How future tech is transforming the entertainment industry 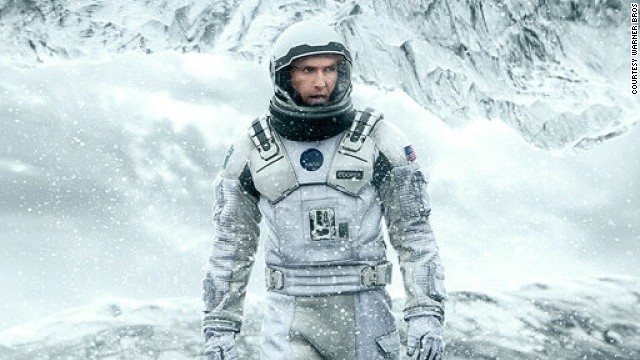 A poster for the movie "Interstellar." Viewers at London's IMAX are able to use virtual reality headset Oculus Rift to explore the spaceship. 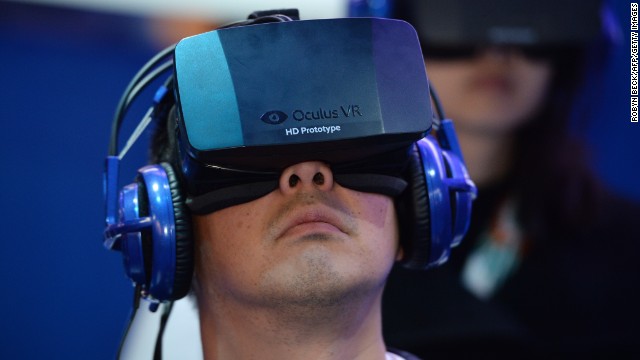 An attendee demos an Oculus Rift HD virtual-reality headset while playing a shooter game at the Consumer Electronics Show (CES) in January. 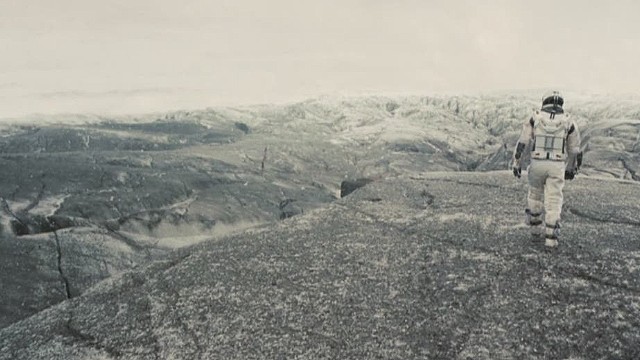 A shot of Matthew McConaughey from "Interstellar." 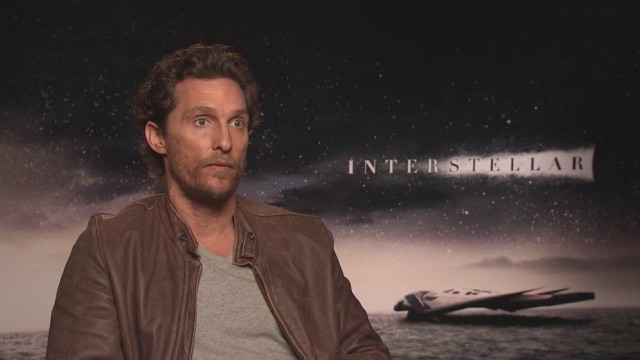 The film's star, Matthew McConaughey, at the movie premiere in London. 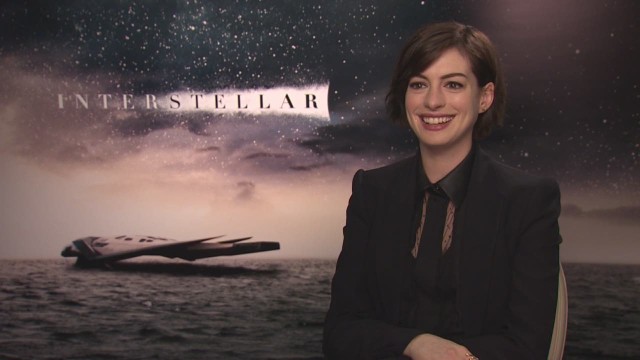 Anne Hathaway speaks to CNN about her role in the upcoming space epic. 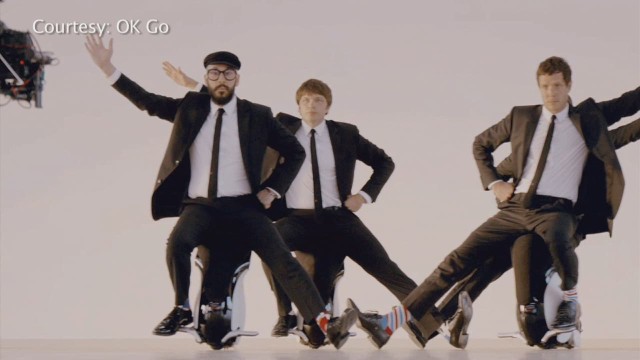 OKGo's new video, "I Won't Let You Down," is shot using drone technology. 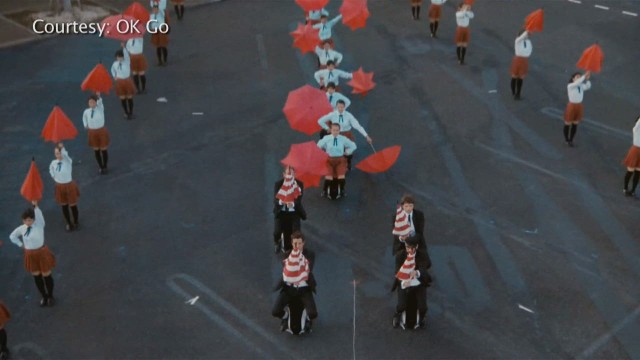 (CNN) -- Creativity runs through the veins of the entertainment industry, but recent digital innovations across its various forms are becoming more experimental than ever. From virtual reality headsets in movie theaters to drone-filmed music videos, you never know what realm or galaxy you might end up thanks to technology's latest artistic creations.

An intergalactic adventure serves as the perfect opportunity for a foray into the digital galaxy. New blockbuster "Interstellar" is currently screening at London's IMAX cinema -- the center point for digitally advanced movies. The Oscar-tipped film, which stars Matthew McConaughey, Anne Hathaway and Michael Caine, is an apocalyptic journey into the solar system as its characters search for a new planet to inhabit. Its astronauts take up residence in a spaceship, which viewers can take a look around in thanks to Oculus Rift.

How smart tech is shaping the future

The virtual reality headset, which accumulated almost $2.5m in funding on Kickstarter, is set to become commercially available in 2015, but at many movie theaters across the US and UK, "Interstellar" explorers can get an advance trial. Paired with a zero gravity chair and headphones, the device gives users an interactive look into the movie's Endurance spacecraft, with new areas to explore at every angle.

Turning mobile advertising on its head

Once thought of as a pastime for the older spectator, a number of theaters are reinventing their image with the introduction of tweet seats. Hoping to engage a younger audience, auditoriums from LA to Broadway sectioned off a number of seats in the crowd where social media savvy spectators could tweet their hearts out during shows.

Kirsten DiChiappari got her phone out at the Providence Performing Arts Center in Rhode Island, tweeting her thoughts during shows from Book of Mormon to the Blue Man Group. "I think that we helped raise awareness of touring productions, sharing our views with our audience, who might be looking for a friend's perspective. We gave back story, history, teasers and more on productions through channels that were less formal, and more often, better received by the theater's target audience."

A number of institutions involved have fully embraced the digital revolution, encouraging their tweeters to interact online with cast members behind the curtain, post pictures from backstage and giving them access to information they could send out before the show began.

"There is a new audience of busy and easily distracted people who won't commit to season tickets, but will dabble in different productions," DiChiappari adds.

Fed up of paying to see comedians who just aren't funny? Advertising agency Cyranos McCann partnered up with Barcelona's Teatreneu to help customers get their money's worth -- by building facial-recognition tablets into seats that can register their laughs.

We helped raise awareness of touring productions, sharing our views with our audience, who might be looking for a friend's perspective.
Kirsten DiChiappari, user of 'tweet seats'.

Following the country's economic troubles and a newly imposed VAT tax on tickets, the club's ticket sales had plummeted by 30%, so they decided on a change of tactics.

"We decided to measure laughs and build a fair business model in which people would only pay for their enjoyment of the show," says Oriol Bombí, the agency's founder. The move saw Teatreneu's average ticket price increase by €6 (the cost was capped at €18), and a 35% rise in customers for each show.

Cyranos McCann have since received requests from theaters from France to Finland asking them to implement the pay-per-laugh system.

"Beyond the numbers, we also realized that the new payment system became a fun experience for spectators...[This] is something more powerful than any advertising campaign," Bombí muses.


For those bored of watching singers mime to camera during music videos, a number of artists are experimenting with different kinds technology to bring their creations to digital life. Alt-rockers OKGo have long been lauded for their creative (and often plain crazy) videos, but have stepped things up with their latest offering, which involves them being filmed on personal mobility devices by a drone.

As per the band's signature style, the complex video was all shot in one take -- although the band spent weeks of preparation mastering the balance-operated Uni-Cubs. The film features more than 2,000 people riding the devices while opening and closing brightly colored umbrellas in unison, and is probably the band's most ambitious yet (yes, even more so than their synchronised treadmill skills in Here it Goes Again and the car-turned-musical-instrument antics of Needing/Getting).

Their new single, I Won't Let You Down, saw a special unit take charge of the drone, which required one person to program its movements via GPS, another to fly it and someone to control its 360 degree-spinning camera. The result? A tech-induced feast for the eyes and ears.

READ: OKGo: How to make a viral video

WATCH: Vacations can be as easy as putting on a pair of virtual reality goggles

READ: Drone maker wants to send selfies to the skies