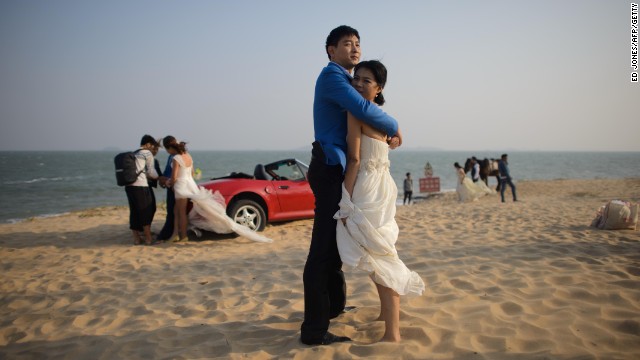 Leaving behind some traditional customs, young Chinese couples are getting more creative with their marriage proposals.
STORY HIGHLIGHTS

Hong Kong (CNN) -- Maybe you've decided to show your partner love with a new iPhone. But how about 99 of them?

In Chinese, the number 9 sounds like "forever," so on Sunday a man proposed marriage to his partner in Guangzhou, China by lining up 99 brand new iPhone 6s into the shape of a heart. The phones cost him around two years worth of savings to buy, but it's unclear whether she said yes.

November 11 is China's Singles' Day (it's the date with the most 1s). As a bit of inspiration to those who have yet to leap into happily ever after, here's a quick list of some of China's most creative and entertaining marriage proposals in recent years.

The hot and spicy 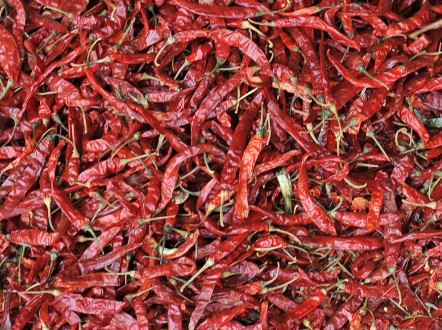 Dou Ziwang's romance must be sizzling hot, because on August 29, he proposed to his girlfriend using two massive hearts made of 99,999 red chili peppers. Now there's one guy who knows how to spice up a relationship. 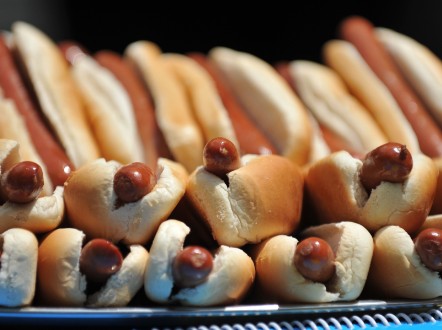 Here's one that'll make you hungry for love -- or maybe just hungry.

28-year-old Wang Han met his girlfriend in a hot dog store while both were vacationing in Thailand and soon fell in love. On August 20, 1,001 days after their sausage link-up, he asked her to be his wife by presenting her with 1,001 hot dogs spelling out the words "I love you."

She said yes -- with relish.

More than meets the eye 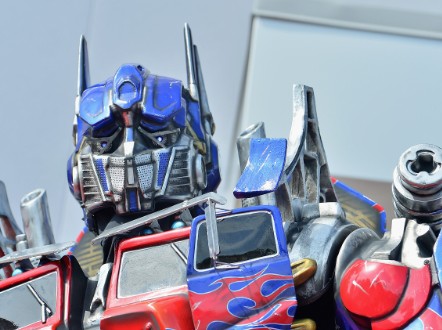 You have to see this one to believe it. In December 2013, a young man proposed marriage by building an 8-meter tall replica of Optimus Prime from the movie Transformers, weighing a solid ton.

No word on how his girlfriend responded, but we can only imagine she transformed into his wife. 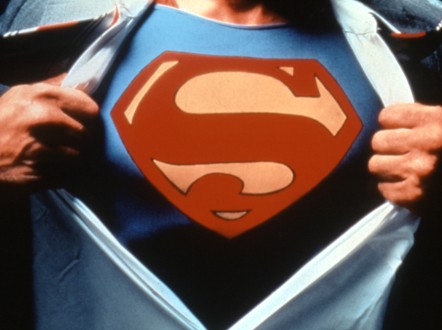 Two years ago, in Jiangsu province, a young man made a superhuman effort to win his partner's hand in marriage -- by dressing up as Superman, then using a crane to hoist himself 19 stories into the air while holding 9,999 balloons.

As his girlfriend walked by, people shouted for her to look up at the sky. He then gracefully descended from the sky, ring in hand. (She said yes.) 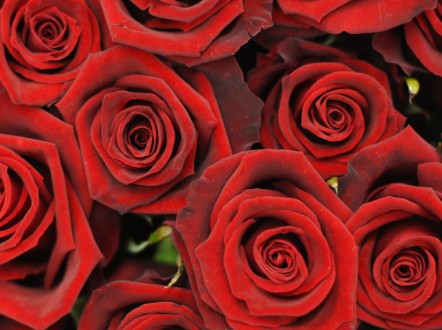 On Valentines Day 2012, Xiao Fan wanted to impress his girlfriend -- a lover of clothing -- with more than just a bouquet of two dozen roses. See where this is going? Yes; this smooth operator created a beautiful dress for his beautiful girlfriend using exactly 9,999 roses, which she proudly donned while he asked for her hand in marriage.

A romance worthy of the big screen 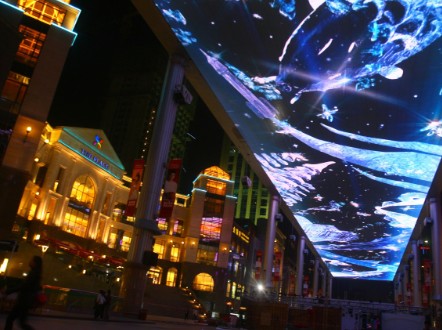 One of Beijing's shopping centers, named The Place, features a jaw-droppingly massive LED-screen "sky." It's one of the largest in the world.

In 2007, one Chinese man surprised his girlfriend by taking her on an innocent trip to the mall, then suddenly dropping to one knee, as photos of the happy couple flashed across the 250-meter long display. 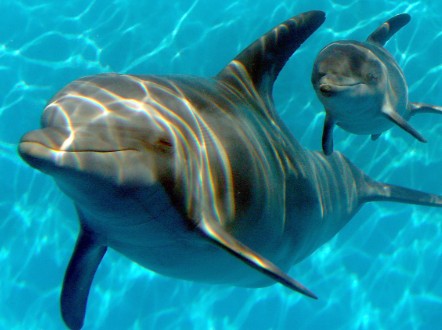 This man won major style points in 2011. After secretly practicing for months, he rode a dolphin across a pool to his girlfriend as she stood unsuspecting on the other side, before proposing in front of a cheering crowd.

The woman was shocked -- but remember, he did it on porpoise.

An address in a dress 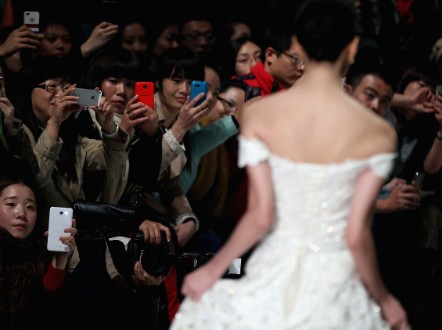 Finally, one to reverse the gender norms. Last month, a college-aged woman named Lu Huan from Wuhan surprised her boyfriend by delivering a tearjerking speech while wearing a white wedding dress.

"Others all think I am a little too impatient, whether it is too early for us," she cried to her partner. "I want to say, when we meet the right person, no matter how early it is, it is still too late. Do you want to marry me?"