See the music: How astonishing visuals are revolutionizing concert experience….

Published 7:47 AM EST, Thu November 20, 2014
Link Copied!
Look into the future... —
Take a look behind the scenes at the mind-melting visuals that are lighting up concerts and festivals worldwide...
Anthony Mooney
Comix —
Epic enough? Comix have made tour visuals for EDM's biggest names including Avicii, Swedish House Mafia, and Alesso.
Courtesy comix
Comix —
These earth-shattering 3D animations were for former-Swedish House Mafia-members Axwell and Sebastian Ingrosso's Billboard Magazine "Best Live Show" award-winning performances in 2014
courtesy comix
Comix —
The company also created all of the visual elements for Avicii's massive "True Tour" 2014.
Anthony Mooney
Strangeloop —
David Wexler -- L.A.'s Strangeloop -- dropped out of art school because they didn't have course in the art-forms he loved, like video installation, VJ-ing, and live visuals.
courtesy strangeloop
Strangeloop —
Years later, his art school classmate Flying Lotus (pictured) is now Wexler's longest-lasting collaborator.
Theo Jemison
Strangeloop —
He's also worked with soul legend Erykah Badu and, here, on Skrillex's insane performances.
courtesy strangeloop
EyeSupply —
Dutch agency EyeSupply work with artists from the concept stage to the mainstage to give DJs full creative input into the look of there set.
Courtesy EyeSupply
EyeSupply —
For Armin van Buuren's boundary-pushing 6-hour-plus "Armin Only" shows (pictured), EyeSupply's Carlo Ruijgers spent a year working with the DJ to design the visuals.
Courtesy EyeSupply
EyeSupply —
His team used a special technology to 3D scan van Buuren to create a full-body on-screen avatar for the DJ.
Courtesy EyeSupply
United Visual Artists —
UVA 's work goes well beyond music visuals into the world of visual art and experimental film.
Courtesy UVA
United Visual Artists —
They caught public attention for their work with Massive Attack and filmmaker Adam Curtis described as a "pan-sensory and exhausting experience."
courtesy UVA
United Visual Artists —
For their 10th anniversary, UVA created "Momentum," an installation at the Barbican, London of light-emitting pendulums moving in strange and unexpected ways, that visitors were invited to explore.
Courtesy UVA
The Light Surgeons —
Production company The Light Surgeons have created the "live cinema" project "SuperEverything*"
Courtesy The Light Surgeons
The Light Surgeons —
Live performers combine documentary footage, motion graphics, and original music production on-the-fly to create "a poetic audio visual tapestry."
Courtesy The Light Surgeons
The Light Surgeons —
The project was filmed on location across Peninsular Malaysia and sees some of Malaysia's best musicians and artists in collaboration.
Courtesy The Light Surgeons
Universal Everything —
The taste for mind-boggling visuals doesn't stop at EDM. Rock star have long loved visual spectacle and are now recruiting visionary designers to add sparkle to their arena shows.
Courtesy Universal everything
Universal Everything —
Universal Everything work with bands, brands and galleries to create hypnotic videos and immersive live experiences.
Courtesy Universal everything
Universal Everything —
Take a look at their full 2014 video for everything from building-size billboards to these weird walkers.
Courtesy Universal everything
More? —
This collection is just a drop in the ocean. Tell us about your most spectacular festival and concert experiences in the comments section below.
Courtesy uva

CNN Ones to Watch is a new show that shines a spotlight on up-and-coming creative talents set to be the next big names in culture and the arts.

Take away the 100-foot screens, the blasting lasers, and the holographic projections, and what do you have left? Tens of thousands of screaming electronic music fans with nothing much to cheer except a solitary figure, twiddling some knobs and occasionally raising his hand.

For EDM fans across the world, the festival and concert visual performances can be almost as crucial as the music – transforming a DJ-set into an unforgettable, transcendent, multi-sensory experience.

In the hands of specialist artists, the lights, images and physical environment around the DJ are becoming an art form in their own right. Buoyed by the explosion of popularity of live electronic music – plus technological advances like projection mapping, innovative VJ (video jockey) software, mushrooming visual computing power, and those famous holograms – these artists are now getting the chance to display their creations on a spectacular scale.

Here, we look at six of the names working behind the stage to turn festivals and concerts into unforgettable immersive experiences.

Avicii’s 2014 arena tour was a jaw-dropping spectacle – glittering with laser-fire, pyrotechnics, and epic on-screen visuals – that promised that the young artist could pack out arenas across the world just as well as more established names. The company behind everything on screen are London designers Comix, and for sheer mesmerizing hypnotism, give Avicii a miss and look at their work on Swedish House Mafia’s ultimate “One Last Tour.”

Strangeloop– Flying Lotus, Skrillex, Erykah Badu
If anyone was born to take music visuals to cinematic new heights, it was David Wexler, AKA Strangeloop. The grandson of Academy Award-winning cinematographer Haskell Wexler and the son of Oscar-nominated production sound mixer Jeff Wexler, the L.A.-born artist has worked with dubstep star Skrillex (whose spasmodic performance visuals have also seen him recreated movement-for-movement as a giant robot), and “soul goddess” Erykah Badu. But it all started with his art school classmate Flying Lotus – Wexler and the experimental music idol have worked together since 2008. 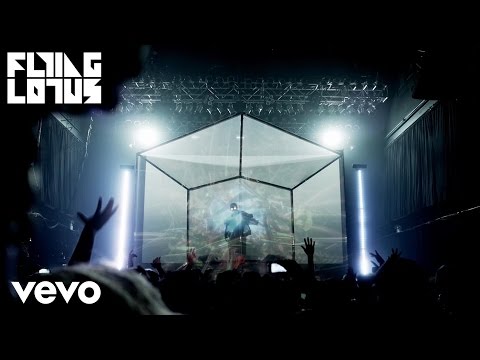 Armin van Buuren’s six-hour long all-night “Armin Only” marathons this year called for a different kind of visual display. Eyesupply’s Carlo Ruijgers said it took his team a year working with Armin to pull together the creative ideas. In the end the key was contrast: “Sometimes we go very theatrical, do a fairytale environment… or 3D-oriented,” says Ruijgers.

Bafta-winning documentary filmmaker Adam Curtis called it a “gilm.” (It’s cross between a gig and a film.) His collaboration with British trip-hop pioneers Massive Attack was intended to be a lot more than a DJ set. Tracks ranging from Russian punk to English pop trio The Sugababes synced to a video performance billed as an immersive revelation of the “illusion of democracy.” The performance drew on the expertise of United Visual Artists, who have been making incredible visual displays for the band for more years. 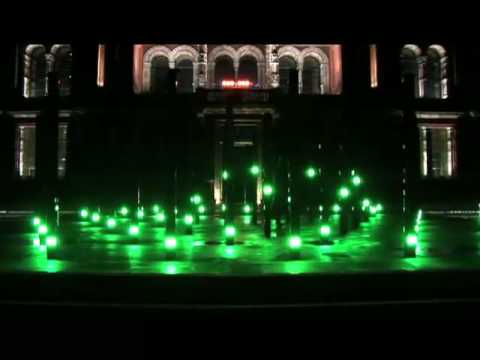 The Light Surgeons have invented something they’re calling “Live Cinema.” It’s an on-screen viusal performance, improvised live like a jazz band. It’s similar to how VJs are working behind the scenes at a festival, anyway – splicing clips together on-the-fly to match the ebb-and-flow of a DJ set. Here, they’re in control of everything – creating cinematic narratives (like this “kaleidoscopic view of the cultural landscape of Malaysia”) to tell grand stories. And they make killer videos for top DJs, too.

Electronic music’s influence has seen visuals develop across genres. Kate Bush’s comeback shows and Radiohead’s most recent tour stunned fans with on stage performances and visual madness. And “dad rock” has realized it doesn’t have to be boring, either. Even dishwater ballad monsters Coldplay have signed up a company who make screen-drippingly beautiful 3D animations. Just watch this.

Who have we missed? Seen great visuals at a festival or concert this year? Let us know. Tell us about your best festival experience in the comments below.