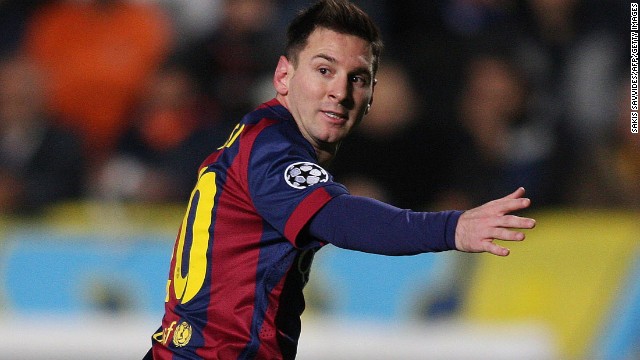 Lionel Messi scored a hat-trick for Barcelona to become the leading goalscorer in the history of the European Champions League. The record, which was held by former Real Madrid forward Raul, had stood at 71. Messi now has 74. 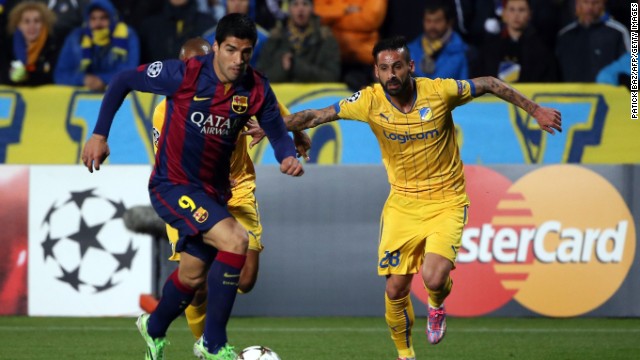 Luis Suarez netted his first goal for Barcelona since completing his move from Liverpool during the off-season. The forward scored the opener in the 4-0 win over Apoel. 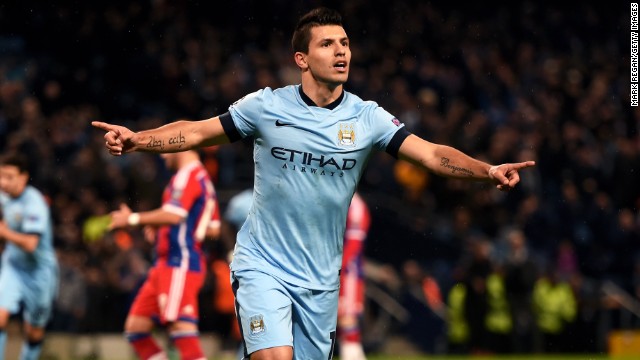 Sergio Aguero scored a hat-trick as Manchester City came from behind to defeat 10-man Bayern Munich 3-2. 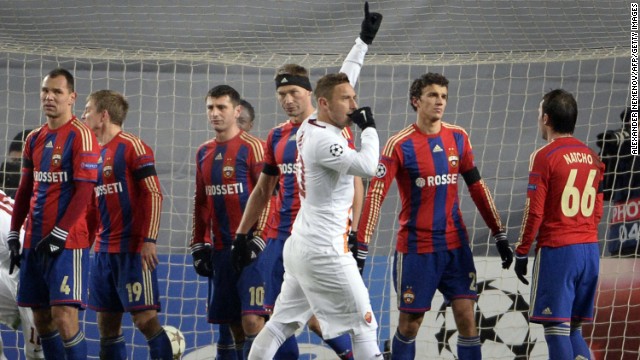 Francesco Totti, the oldest goalscorer in Champions League history, stretched his record to 38 years and five days by netting in Roma's 1-1 draw at CSKA Moscow. 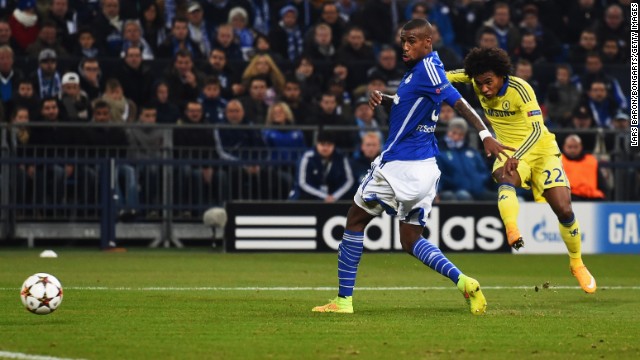 Chelsea booked its place in the next round of the Champions League with a fine 5-0 win at German side Schalke. John Terry, Willian, Didier Drogba and Ramires were all on target.
HIDE CAPTION
Magic Messi
Super Suarez
City slickers
Top Totti
Five star Chelsea
<<
<

(CNN) -- Another day, another record broken.

Lionel Messi must sometimes wonder what all the fuss is about but to those in the outside world who remain permanently entranced by the genius contained within his feet, it was another opportunity to unleash a barrage of superlatives towards a football phenomenon.

Just days after breaking the record for the top scorer in Spanish football history, Messi went one further, establishing himself as the leading marksman in the history of the European Champions League.

Messi scored a hat-trick for Barcelona in its 4-0 victory against Apoel Nicosia in Cyprus on Wednesday to take his tally to 74 goals in 91 appearances.

Raul, who scored 71 goals in 142 appearances, was unlikely to hold onto his record for much longer with Messi and Cristiano Ronaldo rewriting the history books.

Messi,who began the night level with Raul, required 38 minutes to break the record before adding a couple more for good measure later on.

He now sits three clear of Ronaldo, who will hope to feature for Real against Swiss side Basel on Wednesday night.

It is easy to forget that Messi is only 27. This latest landmark is just one in a number which he has reached in recent years.

The Barcelona forward, whose future at the club has come under some question in recent weeks, hit the headlines last weekend by scoring a hat-trick in the 5-1 win over Sevilla.

Telmo Zarra's record of 251 Spanish league goals had stood for 59-years but it would take a brave person to bet against Messi's remaining longer.

Messi's record of 253 will no doubt be extended in years to come as will his exploits in the Champions League.

The forward has scored 368 goals in all competitions for Barcelona so far, while he registered 91 times during an incredible 2012 -- beating the previous best of 85 in a calendar year by Gerd Muller.

Messi, who won the prestigious Ballon d'Or four times between 2009-12, netted in 21 consecutive league matches last season which enabled him to score against every other club in the Spanish top flight.

With his team safely through to the next stage of the competition, Messi will hope to inspire Barcelona to Champions League glory following a disappointing campaign last year.

One man who is eager to help Messi achieve the feat is Luis Suarez, who scored his first goal for the club since joining from Liverpool.

Suarez scored the opening goal in Cyprus before Messi took over, scoring three times to secure the win.

Barcelona sits second in its group, a point behind Paris Saint-Germain, which defeated Ajax 3-1 to remain top.

Messi wasn't the only Argentina striker to hit a hat-trick on Wednesday as Sergio Aguero's triple propelled Manchester City to a 3-2 win over Bayern Munich.

Trailing 2-1 to 10-man Bayern, Aguero scored twice in the final five minutes of the contest to keep his side's qualification hopes alive.

Bayern, which is already through to the knockout phase, suffered a nightmare start when Mehdi Benatia was sent off for a professional foul on Aguero.

The forward stroked home the penalty as City took control only to be knocked out of its stride before the break.

City looked down and out but Aguero's late heroics ensured City can still qualify for the next stage.

That's because AS Roma was held to a 1-1 draw by CSKA in Moscow.

Francesco Totti rifled home a free kick for the Italian side which was pegged back in the final minute of stoppage time.

Roma will qualify for the next stage if it defeats City, while the English club can progress with a victory or a score draw if CSKA loses.

CSKA must win at Bayern and hope that the other game finishes level.

In Group G, Chelsea secured top spot with a 5-0 thrashing of Schalke in Germany.

John Terry fired the visiting side ahead before Willian doubled its advantage.

An own-goal by Jan Kirchoff made it three before Didier Drogba and Ramires completed the humiliation.

In Group H, Porto ensured it will finish top with a 3-0 win at Bate Borisov, while Shakhtar was beaten 1-0 by Athletic Bilbao.