(CNN) -- She's the daughter of a Beatle, fashion designer of everyone from Madonna to the British Olympic team, recipient of a medal from Queen Elizabeth, and counts Kate Moss among her friends.

From all appearances, Stella McCartney's life has been a charmed one -- not that she necessarily sees it that way.

Stella McCartney's rise to the top

Fame has followed the second child of Paul McCartney and American photographer wife Linda from the moment she was born.

And it's been both a blessing and a hindrance.

As McCartney was awarded this year's prestigious Women's Leadership Award from the Lincoln Center Corporate Fund, CNN spoke to the mother-of-four about sustainability in a notoriously "unaccountable" fashion industry.

McCartney: It certainly opened a lot of doors and certainly closed some minds. So I think there was a balance. 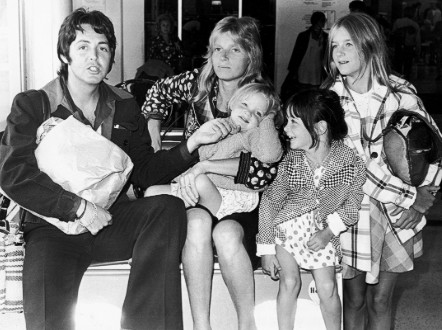 CNN: What do you think was the biggest inspiration you got from your mother, Linda McCartney?

M: I learned a lot from her ethics. Both my mum and dad [former Beatle, Paul McCartney] are known to be vegetarians, world rights activists and environmentalists, and that definitely came into my place of work.

Once you have children it adds another layer of responsibility to what you're doing. You have to be a role model to them so it makes you question your actions -- in a good way. 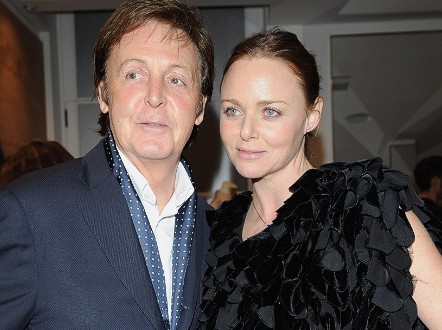 CNN: What is the biggest challenge you've encountered getting where you are now?

M: Early on, when I wanted to go back to London and start my own fashion house, a very well thought-of executive in the industry said to me: "Name one female designer that's come from Great Britain that has had any kind of global success."

I wanted to prove him wrong. Obviously there have been great women from Britain in design, but actually there are fewer than I thought. So that was a bit of a hurdle for me.

90% of the people who come to my stores have no idea I don't work with leather.
Stella McCartney, fashion designer

From day one I've never worked with leather or fur. I don't work with PVC, and I'm very conscious in the sourcing and manufacturing of fashion. That's a hurdle, that's a challenge, but it's a worthwhile one.

CNN: Do you feel a lot of pressure from the industry because you chose to go down the "sustainable fashion" road?

M: It's been difficult, it continues to be difficult, but I'm OK with difficult, it's what keeps me on my toes. I've had people say to me: "You'll never sell handbags, you don't work with leather and leather is luxury."

To me it's the complete opposite, leather is everywhere, it's so cheap a material, it's so mass produced. Over 50 million animals a year are killed just for fashion. For me it doesn't have a luxury element to it.

CNN: So you're comfortable flipping that notion on its head, that leather is luxury? 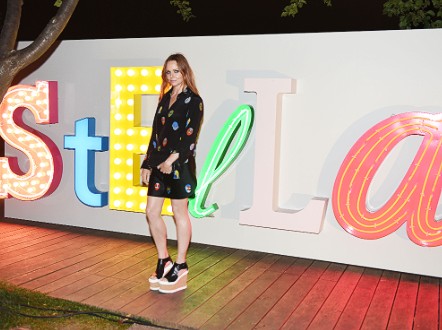 M: Lots of things have been around for a long time, that doesn't mean they have to stick around forever. When you're in design it's your job is to change, to push, to modernize.

The fashion industry, is not really as accountable for some reason. We're not expected to have to answer to the fact that it's not sustainable to kill that many animals for shoes and bags. And it's not necessary! Ninety percent of the people who come to my stores have no idea I don't work with leather.

CNN: You get very steely when you talk about people telling you you can't do something. 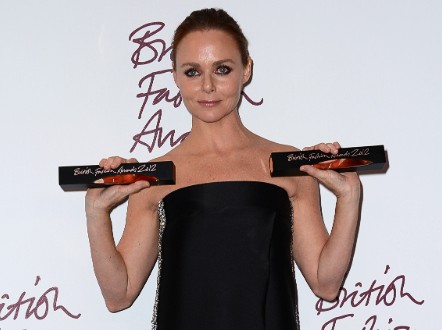 M: Doesn't everyone, who likes being told they can't do something? Anyone can do anything they want, if they really want it.

I guess I got here for a reason, it wasn't because I was a woman.
Stella McCartney, fashion designer

I'm not going to pretend I didn't come from a privileged starting point. I'll always admit that it was easier for me to question people telling me I couldn't do something because I had a pretty nice place to fall back on. So maybe that afforded me a little more spark and fight.

I'm learning as I get older, that you don't have to try to fight everything from a man's place. I guess I got here for a reason, it wasn't because I was a woman.