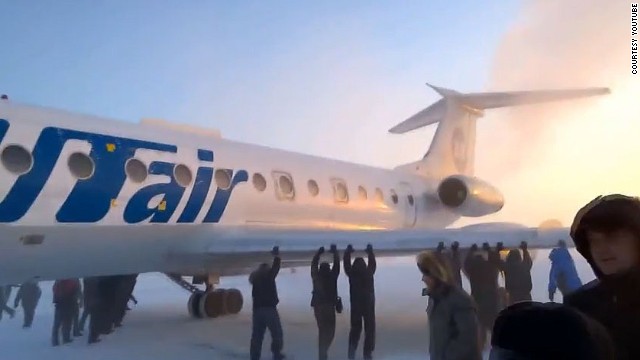 Passengers rallied round to get give their plane a push when ice prevented it taking off from an airport in Siberia. 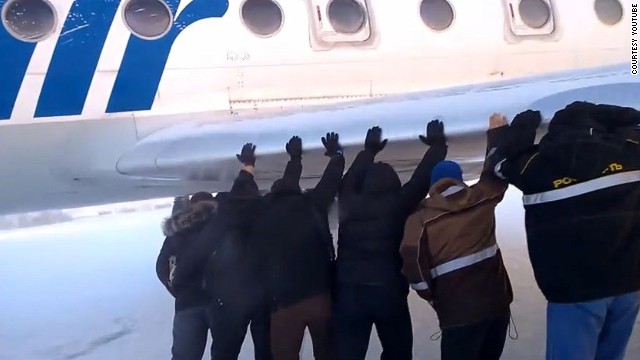 The plane, a Tupolev Tu-134 like the one pictured here, is reported to have taken off and completed its journey with no further problems. 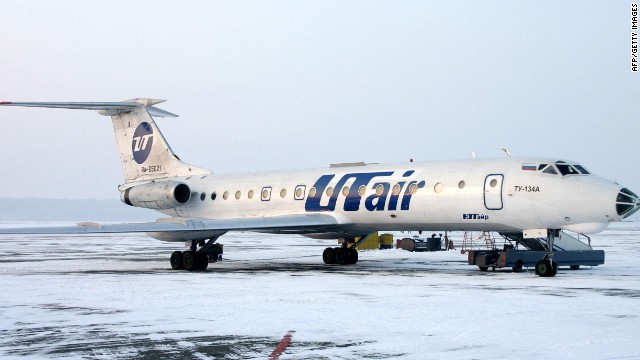 The plane, a Tupolev Tu-134 like the one pictured here, is reported to have taken off and completed its journey with no further problems.
HIDE CAPTION
From Russia with a shove
Tough job
Mission accomplished
<<
<

(CNN) -- Yes, this really happened! A bunch of passengers left their seats to give their frozen plane a push at a snowbound airport in Siberia.

Passengers rallied to the rescue when oil in the plane's landing gear iced up, according to UTair, the airline whose livery the plane carries.

According to the Komsomolskaya Pravda website, there were cries of "Let's go!" as two rows of passengers, dressed in heavy coats and thick gloves, each took a wing and apparently began shoving the aircraft into position.

"We all want to get home," one of the burly volunteers was quoted as saying.

"The problems at departure were caused by weather conditions, in particular, extremely low air temperature which is typical for this part of Krasnoyarsk region and sometimes gets as low as minus 50 Celsius," an UTair spokesperson told CNN.

"While the aircraft was parked at Igarka airport, its landing gear froze on to the aerodrome surface. In order to quickly resolve this issue the passengers assisted the tow truck to move the aircraft."