The 5 biggest myths about metabolism 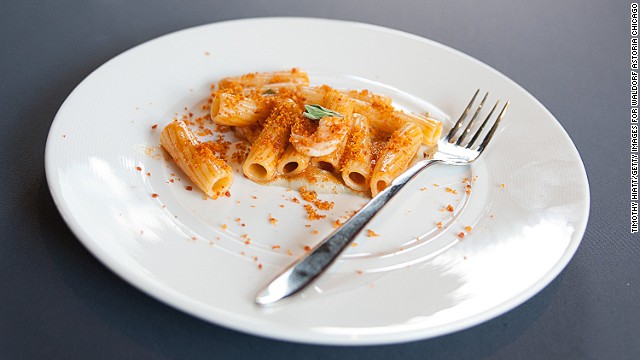 When faced with unwanted weight, it's easy to place the blame on your metabolism.
STORY HIGHLIGHTS

(Life by DailyBurn) -- A source of confusion for some and a scapegoat for extra weight around the midsection for others, metabolism has long been a topic of hot conversation. Without it, we would lack the energy to get out of bed in the morning, let alone burn calories all day long.

However, even with its numerous benefits, metabolism often gets the brunt of the blame for weight gain. With all of the fad diets and special tricks meant to speed up one's metabolism (hot sauce anyone?), the facts often get blurred with fiction.

To help clear up the confusion, we uncovered the truth behind the top five metabolism myths.

DailyBurn: Low-calorie foods that will actually fill you up

Some thinner folks appear to eat whatever they want with seemingly no consequence. Surely, they have a faster metabolism than the average Joe, right? Not so fast.

Metabolism actually has quite a bit to do with body size, but not in the way many think. According to Dr. Yoni Freedhoff, assistant professor at the University of Ottawa, "Skinny individuals almost invariably have slower resting metabolisms; there is literally less of them to burn while at rest."

As a result, larger individuals usually have a higher metabolism (that is they burn more calories at rest) than their thinner counterparts.

But don't rejoice just yet. It's not just any additional weight that boosts metabolism. Muscle, in particular, has a huge effect on the amount of overall calories someone burns throughout the day. Comparing two individuals of similar weight, the person with the larger amount of muscle will generally have the faster metabolism.

This is just one of the reasons it's important to pair any weight loss program with a proper strength training plan. Research has found the extra muscle can help accelerate weight loss much faster than a diet-only plan.

Truth: While body size does factor in, body composition has a far greater effect on metabolism.

Myth #2: Skipping a meal slows down your metabolism.

Anyone looking to drop a few pounds better be grazing on frequent meals and snacks throughout the day right? Turns out the old notion of eating a meal every three to four hours to ramp up one's metabolism wasn't exactly perfect advice.

In fact, how frequently someone eats has little to do with the speed of their metabolism. Freedhoff explains, "Eating every four hours is popular because eating frequently, for many, helps them to keep a lid on both stomach hunger as well as cravings." That, in turn, allows for better portion and choice control, Freedhoff says.

Certain individuals (those prone to cravings or with special dietary needs) may benefit from consuming multiple meals through the day. However, for the rest of us, the most important factors to consider are the quantity and quality of the food we consume.

Whether you eat 2,000 calories of rice in one sitting or spread it out throughout the day, it still has a similar effect, Freedhoff says. Instead, it might be best to focus on eating quality food in a timeframe that fits your individual schedule.

Truth: Quality and quantity of foods have greater bearing on metabolism than how often you eat.

"Avoid eating late at night" is one of the most popular pieces of nutrition advice on the planet. While it may be easy to think our bodies have an internal clock set to store anything eaten after 8 p.m. as fat, it's not quite so simple. Many aspects including various hormones, food quality, food content and energy expenditure influence how our bodies store fuel.

Instead of focusing on time of consumption, more attention should be placed on what and how much we're eating. In fact, having a meal late at night isn't any worse than eating at any other point during the day provided the meal consists of healthy foods (and not a bucket of ice cream).

Freedhoff likens this scenario to fueling up a car. "The time of day you fill your car with gas isn't going to impact how far you'll go on that tank," he says. Provided you're eating high-quality food in the right portions, most individuals won't notice a difference between eating at night versus earlier in the day.

Truth: If you're taking in the right types of calories, eating later at night shouldn't derail your diet.

Myth #4: Metabolism is all about burning calories and breaking things down.

Many understand metabolism as how quickly someone burns calories. But while breaking things down is certainly an important part of metabolism, there are actually two main components.

Catabolism, or the breaking down of chemical bonds to release energy, is the most well known part of the process as it releases energy in the form of calories. However, what's just as essential is anabolism, the storage of energy in the form of chemical bonds for later use, including carbohydrates and fats. A properly functioning metabolism is a delicate balance of both functions.

Truth: Metabolism consists of both breaking things down and building things up; both are vital to our health.

Myth #5: You have no control over your metabolism.

When faced with unwanted weight, it's easy to place the blame on your metabolism. However, it turns out that individuals have more control over their metabolism than previously thought.

As mentioned above, body composition has a huge effect on how quickly someone's body burns calories. One easy way to ramp up your metabolism is to build muscle through lifting weights. Alongside modifying your workout routine, there are several other ways to be sure you're burning calories at a higher rate:

• Sleep more. The amount of rest you get each night doesn't only affect your mood and productivity the next day. Researchers have found that it also affects your metabolism. Sleep-deprived individuals have a decreased ability to manage blood sugar levels and also may find themselves hungrier (particularly for high carbohydrate foods). So, sleep more for a healthier metabolism. (Win, win!)

• Gulp down some water. Ditch the sugary soft drinks. Researchers have found that consuming water may have a positive impact on how many calories you burn throughout the day. This is due to a process called thermogenesis wherein the body must burn calories to warm the water up to body temperature. Hydrating with water also saves calories over alternative beverages and plays a key role in helping to regulate whole-body metabolism (especially during exercise).

• Don't forget caffeine. Coffee lovers rejoice! It turns out that cup of java may give you more than just an energy boost midday. When researchers gave subjects coffee and then measured their caloric burn, they found that the caffeinated individuals burned more calories than their decaf-ordering counterparts.

• Get enough protein. Dietary decisions (especially protein intake) have a profound impact on metabolism. Researchers examining the effect of dietary compositions on caloric burn have found that those taking in adequate levels of protein have a higher energy expenditure at rest.

Truth: Simple dietary modifications and exercise habits can make a big difference in how fast someone burns calories at rest.