A very French look at 'The Little Prince' 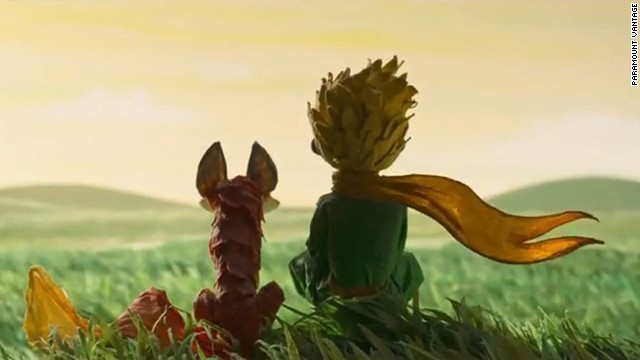 An animated adaptation of Antoine de Saint-Exupery's beloved "The Little Prince" is set to bow in the U.S. in 2015.
STORY HIGHLIGHTS

(CNN) -- The just-released trailer for 2015's "The Little Prince" is rather magnifique.

Directed by Mark Osborne ("Kung Fu Panda"), the upcoming adaptation will bring Antoine de Saint-Exupery's beloved novella into the 21st century through the eyes of a young girl.

Although the first trailer, which was released internationally this week, is entirely in French, you can still get the gist: Amid the busy schedule of the modern day, a studious kid discovers the Little Prince through a friendship she develops with an older gentleman next door.

It seems that seasoned neighbor is the pilot of de Saint-Exupery's rich story, which tells of an aviator who crashes in the Sahara and encounters a young prince full of stories about the far-off asteroid he came from.

"I've flown almost everywhere in the world ... until something miraculous happened," the old man says in the trailer, according to a few translations. "I've always wanted to find someone to share my story with, but I think this world, it's become too adult. It's only the beginning of the story!"

"The Little Prince" was published in 1943 and has had an impact on readers of all ages, all around the world.

"The Little Prince" opens stateside in 2015.