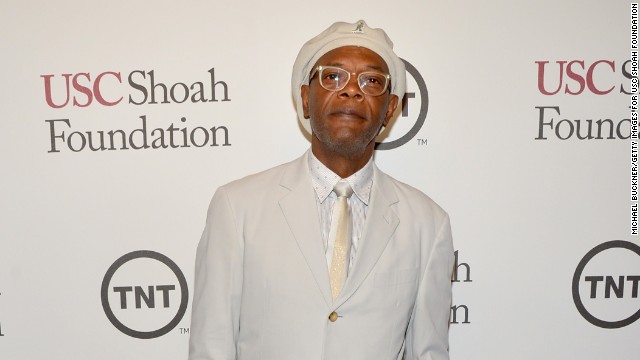 Samuel L. Jackson has lent his voice to raising awareness about the death of Eric Garner.
STORY HIGHLIGHTS

(CNN) -- Samuel L. Jackson is calling on celebs who participated in the Ice Bucket Challenge to take part in another movement.

The actor recently posted a video on his personal Facebook page asking stars who got drenched to raise awareness for amyotrophic lateral sclerosis, or ALS, to raise their voices for another cause.

"All you celebrities out there who poured ice water on your head, I challenge you to do something else," Jackson said. "I challenge all of you to sing the 'We Ain't Gonna Stop till People are Free' song."

The "Pulp Fiction" actor is the latest to use his celebrity to draw attention to the death of Eric Garner, whose last words were "I can't breathe" after New York police officers wrestled him to the ground, with one of the officers wrapping his arm around Garner's neck.

Several professional athletes have taken to the court and field wearing "I can't breathe" shirts and Variety reports that on Sunday the cast and director of the film "Selma" sported the same attire at the New York premiere of the film.