(CNN) -- If golf has a reputation for being a bit stuffy, then the Bryan brothers and their trick shots are a much-needed blast of fresh air.

Hailing from South Carolina, George and younger brother Wesley have been attracting a growing band of followers with a colorful array of videos.

From casually shooting hoops with a wedge to smashing shots from mid-air in the dark, the siblings are hoping to show off golf in a new light and attract a younger generation of players back to the sport.

"We love golf, but most people think it's kind of boring," George Bryan told CNN.

"We're providing something that's a little different. We're bringing a kind of hip, fun way to view golf and hope that it brings in a younger demographic. We want them to say: 'That's fun, I wanna go try the game'," the 26-year-old added. 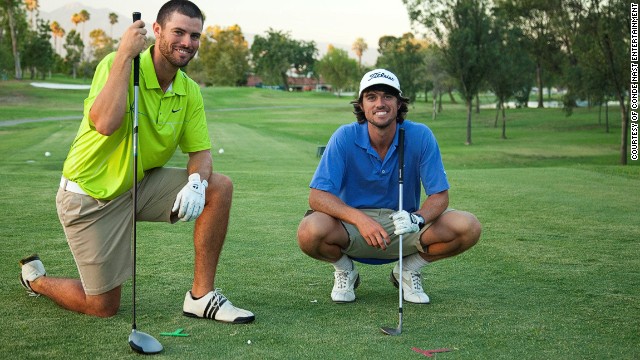 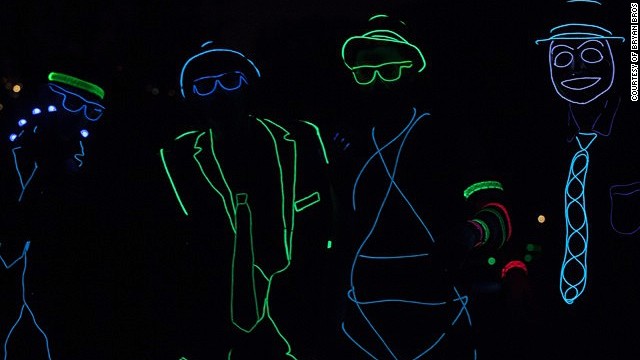 Hailing from Columbia, South Carolina, the brothers have made more than a dozen videos in 2014, showing off their talents in a variety of guises including a special "Glow in the Dark" edition. 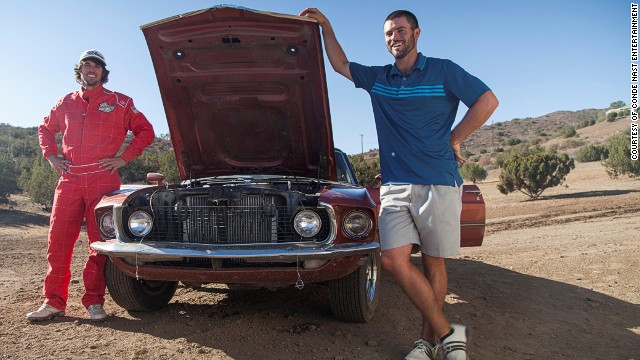 The pair have taken golf off course into a variety of different settings, including football fields and dirt tracks, hitting balls from moving cars. 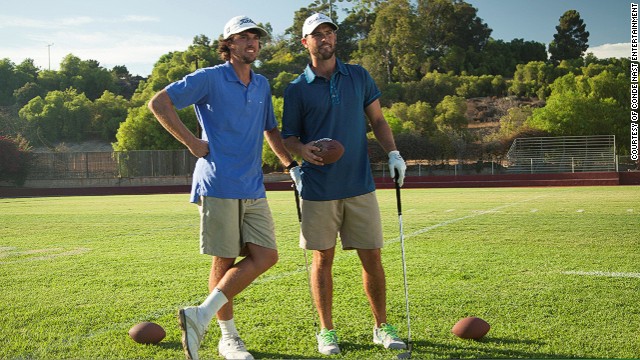 Both George and and younger brother Wesley compete on the Web.com Tour and have ambitions to play on the PGA Tour. 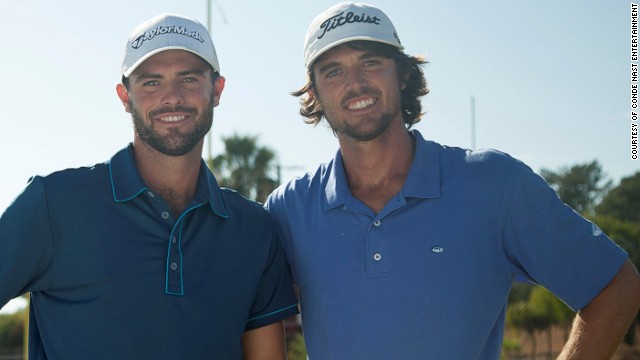 "When we do have an off week, it's good to get out minds off tournament golf and there's no better outlet to be creative than trying some trick shots out and seeing how far we can take it," George Bryan said. 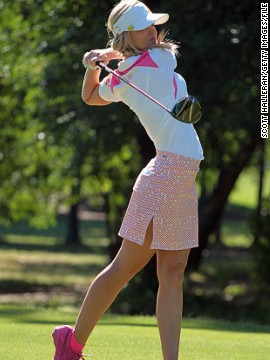 The brothers have also worked with model and golfer Blair O'Neal in coming up with new golf tricks. 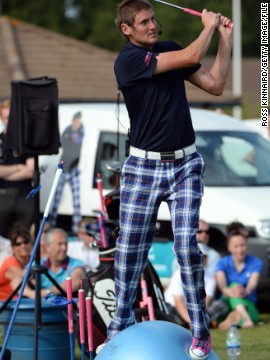 Don't try this at home ... Here Briton Kevin Carpenter uses a Swiss ball during his trick shot show at the Ian Poulter Invitational event at Woburn Golf Club in July 2013. 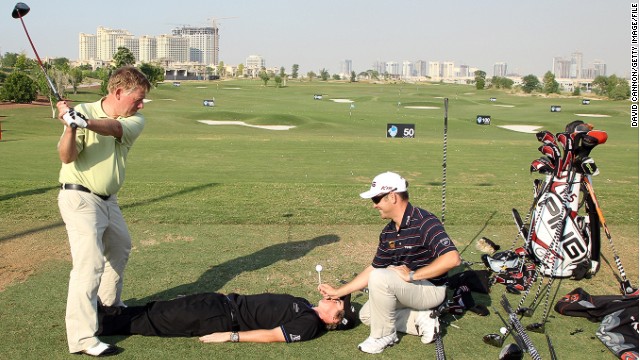 Having a swinging time!

Taking on a long drive champion

Both brothers are qualified professionals and started filming trick shots as a hobby earlier this year, but it has quickly grown into a mini-industry after racking up tens of thousands of clicks on their website and YouTube.

"Most of the tricks are done on the fly," explains 24-year-old Wesley, who smashes the balls set up by George.

"A lot of them work on the first or second try. If the ball comes into my hit zone then it normally goes pretty quick -- a lot quicker than what people say on the comments board," he added.

The pair started out experimenting at Woodcreek & Wildewood, their local club in state capital Columbia, but have since diversified their content.

In the summer, a football-themed "World Cup edition" celebrated this year's tournament in Brazil and collaborations with basketball trick shot specialists "The Legendary Shots" and pro golfer and model Blair O'Neal have widened their appeal.

What happens when the @bryanbrosgolf team up with @BLAIRONEAL and some concrete slabs? Ridiculous trick shots, duh. http://t.co/UFOhoRoNZm

The brothers are not the only trick shot artists to showcase their skills online.

French golf professional, Romain Bechu's incredible ball-juggling skills has received over half-a-million views on YouTube and British trick shot specialist David Edwards has performed his routine at dozens of pro events including the Open Championship and the Ryder Cup.

When the Bryan brothers are not dreaming up new routines, they compete on the National Golf Association (NGA) Pro Golf Tour and the Web.com Tour, a developmental tour for the main PGA Tour -- which is where the pair hope to end up playing one day.

"The goal is really to use this to help our pro golf careers out, but at the same time we view this as a hobby, we both enjoy it," George says.

"And when we do have an off week, it's good to get out minds off tournament golf and there's no better outlet to be creative than trying some trick shots out and seeing how far we can take it."