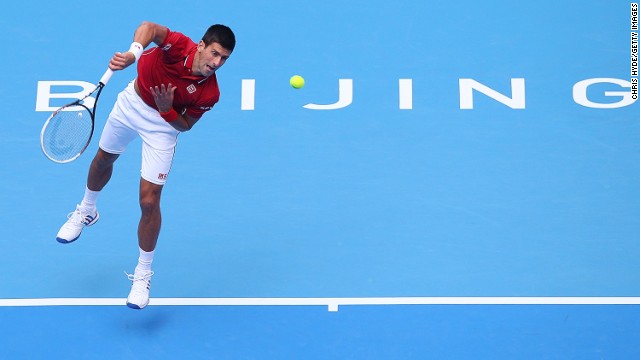 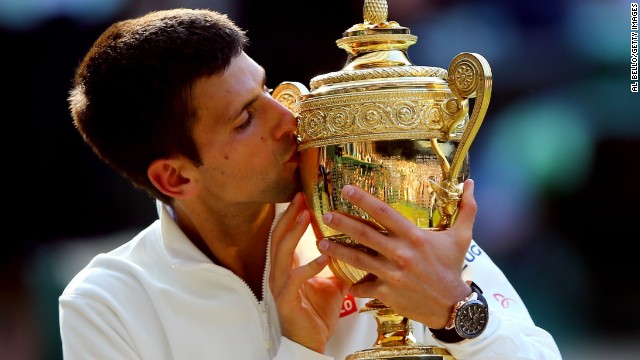 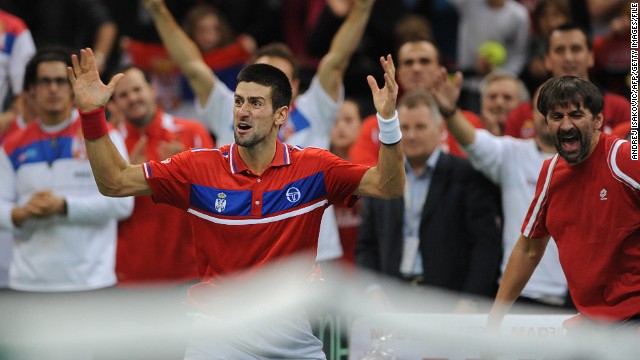 Djokovic celebrates after a historic win against Gael Monfils at the Davis Cup tennis match finals between Serbia and France in December 2010. 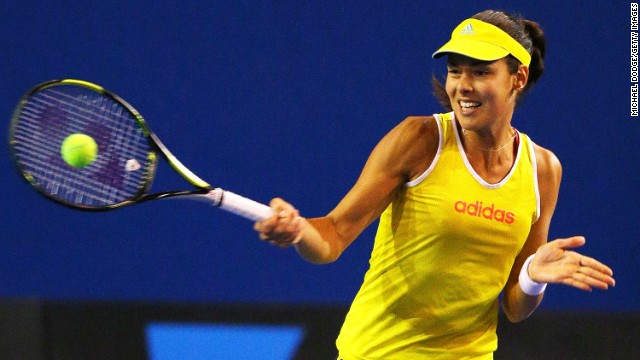 A former world number one, Ana Ivanovic claimed the 2008 French Open at just 20 years old. After years of injury-related problems, she's recently returned to the elite of female tennis -- the 27-year-old Serbian athlete is the current world number five. 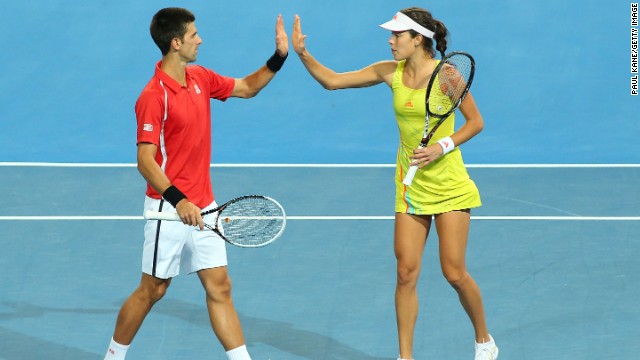 Ivanovic has known compatriot Djokovic since they were four-year-olds and the pair went on to play in junior tennis competitions together. They have also represented Serbia in doubles in the past. 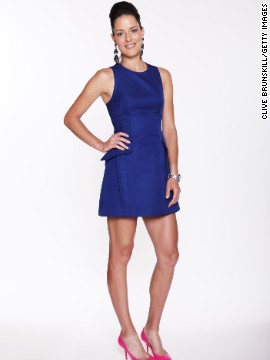 Ivanovic became a UNICEF National Ambassador for Serbia in September 2007, while she has also gone on to appear on the cover of a number of magazines around the world such as FHM, Grazia, Vanity Fair and Cosmopolitan. Last year, Forbes rated her as the ninth highest-paid female athlete in 2013 with total earnings of $7 million -- largely thanks to lucrative sponsorship deals. 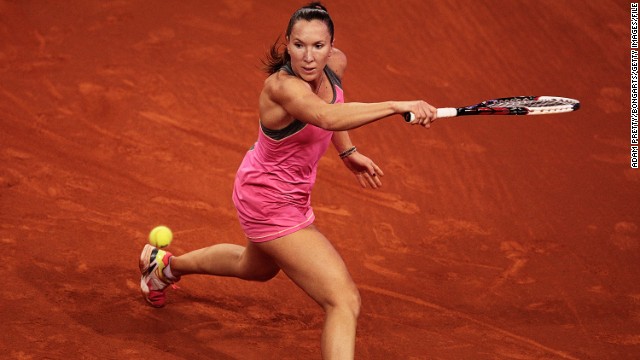 Currently the world number 11, Jelena Jankovic is the second highest ranked Serbian behind Ivanovic. The 29-year-old is also a former number one. 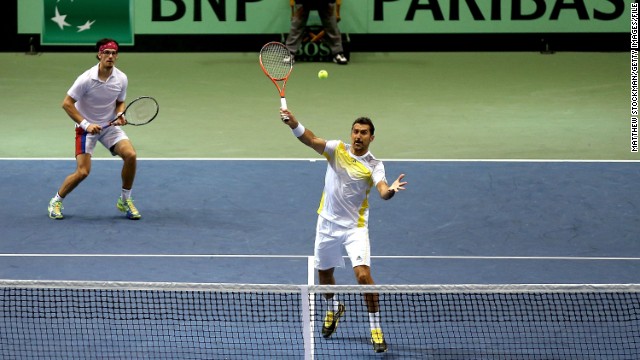 At 38, Nenad Zimonjic (center) has enjoyed a long and winning singles and doubles career, including Davis Cup victories for Serbia on home turf. 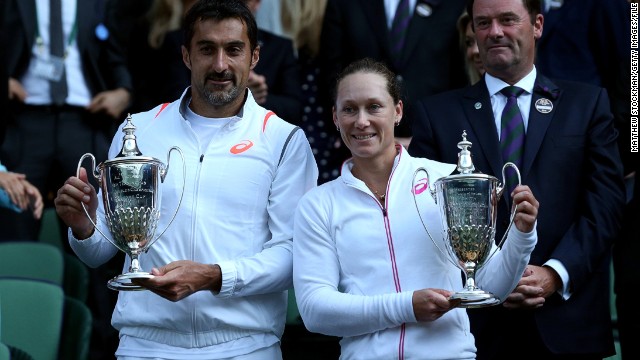 "In the past, we didn't have that much success in individual sports but it turned out to be that our generation was maybe the beginning of something new -- you know to have world number ones, for such a small country, it was amazing," says the father of two. 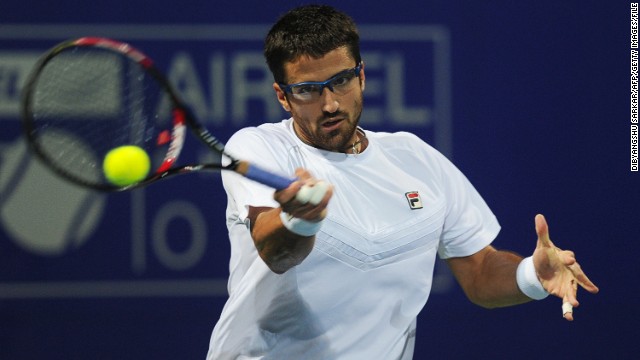 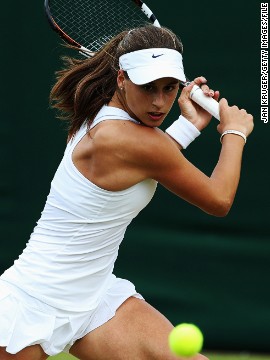 Undeniably, the Serbian tennis rise -- dubbed "Serb and Volley" by some observers -- is led by Novak Djokovic.

But it's not just Djokovic. Over the last few years, the Balkan country has produced a string of global male and female tennis superstars -- from former world number ones Ana Ivanovic and Jelena Jankovic to singles and doubles champion Nenad Zimonjic.

"In the past, we didn't have that much success in individual sports but it turned out to be that our generation was maybe the beginning of something new -- you know to have world number ones, for such a small country, it was amazing." 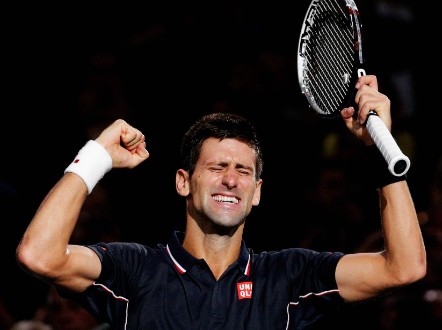 The phenomenal rise of the sport's profile has created a halo effect in Serbia, not just for its tennis talent but the whole country.

Serbia is still trying to recover from the devastation of the Balkan war in the 1990s. Since the dark days of the conflict, the country has sought to find equilibrium for an economy that was subject to years of mismanagement, suffered infrastructure damage during NATO bombings and endured extended economic sanctions.

Yet, despite the limited financial backing and crumbling facilities, Serbia's tennis future still looks bright as a new generation of young athletes is determined to follow on the footsteps of their compatriot superstars.

"We are really strong people and I think that is what makes us so special," says 17-year-old Ivana Jorovic, a former world junior number one.

"We need to do everything alone without any help because we are really a small country. It's hard but in the other way it's really nice because that makes you really strong," she continues. "You have to do everything the best if you want to beat someone from America."

Read this: The capital that was rebuilt 40 times