Are these the weirdest app ideas of 2014?

By Jacopo Prisco, for CNN
Updated 11:22 AM EST, Sat January 3, 2015
Link Copied!
There are now over 2.5 million apps available on the two leading platforms, the Apple App Store and Google Play. That makes it difficult to come up with original ideas. Are some developers trying to push the envelope a bit too far?
YOSHIKAZU TSUNO/AFP/Getty Images
Hug Me is a free app that connects you with nearby strangers to... well, hug them. Unfortunately it doesn't seem to be getting a lot of love from users.
Hug Me launched a Kickstarter campaign that failed to reach its goal: only 1 backer contributed a mere $50 out of the requested $100,000.
Kimd is a camera app that dims the screen as to not disturb others in the crowd at concerts.
With the screen dim function available by default on all smartphones, the idea behind Kimd seems to be redundant.
Suffering from "dental anxiety"? An upcoming app called Cope It, developed in Denmark, promises to have you sorted.
The app is aimed at clinics and dentist as a way to not miss out on potential patients.
Would you relinquish your lock screen to your friends, allowing them to post anything they want to it? That's the idea behind Lok Lok.
QGo promises to help you avoid waiting times by evading queues.
It is unclear how the system would work. But wouldn't directing a critical mass of users away from a specific queue, simply create another?

With hundreds of thousands of new apps coming out each year, developers are keen to come up with original ideas

As a consequence, some developers come up with wacky concepts to open up a new niche in the market

There’s an app for that. But maybe there shouldn’t be. With hundreds of thousands of new apps being released each year, it’s becoming difficult to stand out from the crowd.

Most developers seem happy to just steal some thunder from the most popular of the bunch, while others strive to create a new niche. But the road to originality is paved with really questionable ideas. After all, as the great philosopher Jerry Seinfeld once said: “Sometimes the road less traveled is less traveled for a reason”.

This is an app that connects you to a random stranger with whom you can hug. The developers proclaim, “In a world where friendly physical contact is fading away, we introduce you to Hug Me, the app to rediscover the pleasure of hugging someone.”

This all sounds weird enough, but the website even provides some examples of how and when it can be used: “Are you in a subway and got some good news? Look for someone on the app and ask them to give you a congratulation hug!”

In case you need any more instructions, here’s a video explaining how it all works.

Hug Me App - The Powers of Hugs 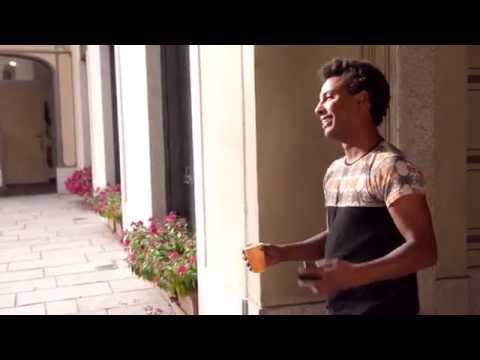 Unfortunately, Hug Me doesn’t seem to be getting much love. The developers launched a Kickstarter campaign asking for $100,000, and received a grand total of $50 from one backer. Launching the app produces a sad screen stating “There is no one around you to hug”. The critical mass of huggers just isn’t there.

Cope it is a smartphone app that offers “mobile treatment for dental anxiety.”

I will give you a few seconds to recover from that.

Unfortunately, the app is not yet available and most of the explanatory text on the website is in Danish, but without too much mental choreography we discover that “40% of dental patients suffer from dental fear, resulting in significant economical consequences for the clinic. ‘Cope it’ is a solution for identifying, supporting and handling patients with dental fear.”

It turns out, if you have dental fear, your days are numbered. You will be identified and handled as you deserve. You will no longer cause economical consequences for the clinic. There is no escaping. Is that a dentist lurking in the shadows outside your front door?

Would you grant your friends complete, unrestricted access to your smartphone’s lock screen, allowing them to produce unannounced and unsolicited hand-drawn messages as they see fit? This is what Lok Lok is all about, giving the acronym NSFW a completely new meaning. Take a look:

Considering the lengths people tend to go to when given free rein with drawings, this doesn’t sound like a great idea.

QGo is all about cutting your waiting times by avoiding queues. It’s ironic, then, that once you go to the QGo website you are presented with a loading icon: evidently you are queuing to have it displayed on your computer. After the moderately annoying wait, you are greeted with the message, “Good products make companies successful, good services make them unbeatable!”

Granted, QGo seems great on paper. An app that gives you a real-time indication of long queues on the slopes, at theme parks, or at the movies. But the required infrastructure to make this works seems daunting. And ultimately, wouldn’t directing a large group of people away from a specific queue, simply create another? If you’ve ever tried to switch queues at the supermarket, you know this has a slim chance of working.

Apart from the weird name that makes you think twice about how to pronounce it, this one sounds promising: “Use your smartphone camera without disturbing the crowd,” they say. If you’ve ever enjoyed a live concert through the four-inch screen of the person in front of you, you know this is good. But how does it work? This video explains it.

Well, it does at the very end, because the first minute or so is all about three cool people hanging out and having drinks. Then in the last ten seconds they finally go to a concert and fire up the app. That’s when we see what Kimd really is: a camera app with very low screen brightness. It is a screen dimmer. It dims the screen. A function every smartphone includes by default.

How about this: if you really want to be considerate to other concert goers, don’t use this app. Keep your smartphone in your pocket altogether and enjoy the show.

NASA’s plan for a floating city above Venus

Is the Darknet a glimpse into the web of the future?