Editor’s Note: John D. Sutter is a columnist for CNN Opinion and creator of CNN’s Change the List project. Follow him on Twitter, Facebook or Instagram. Email him at ctl@cnn.com. The opinions expressed in this commentary are solely those of the author.

World Pangolin Day is Saturday, in honor of the endangered, scale-covered mammal

I kinda hate that there’s a “day” for everything, these days. Friday, for example, was simultaneously Love Your Pet Day, Cherry Pie Day and Handcuff Day (apparently celebrating the 1912 patenting of the “de facto restraint of law enforcement agencies worldwide”), according to DaysOfTheYear.com, a website I’m embarrassed to be citing.

But there’s one of these odd “days” I feel compelled to embrace.

Never heard of the pangolin? It’s a rare, scale-covered mammal. About the size of a house cat, the notoriously shy pangolin rolls up in a ball to protect itself, like a roly-poly. It can fend off lions in this manner, but not poachers. They just pluck these critters out of the jungle and toss them into sacks. Pangolin meat and scales are quite valuable on the black market. So much so that the pangolin is thought to be the most trafficked mammal in the world. If any creature needs the publicity a “day” can provide, it’s the pangolin.

I traveled to Vietnam and Indonesia last year to document the illegal pangolin trade for a story CNN.com readers commissioned as part of my Change the List series. I’d never heard of the pangolin when I started reporting that piece, but I’ve got a soft spot for these creatures now. I’ll be among the hopefully hundreds or thousands of people around the world on Saturday who will do just some little thing to honor these introverted underdogs – and to try to help protect them by bringing them a little more celebrity. I’ve argued the pangolin needs a PR campaign to survive, and World Pangolin Day is just the kind of effort that could help ensure their continued existence.

With that in mind, here are seven ways you can celebrate with me:

There are soooooo many to choose from.

Here are three of my favorites:

Save the Pangolin [Official Music Video] 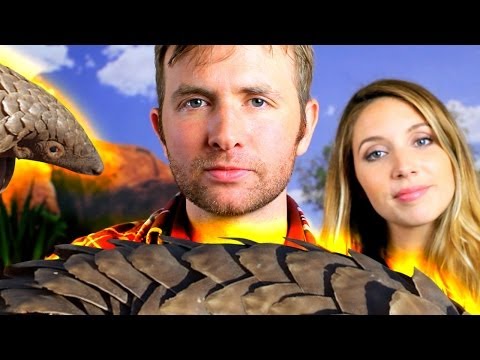 (A CNN.com reader made the music video above. More on him here.) 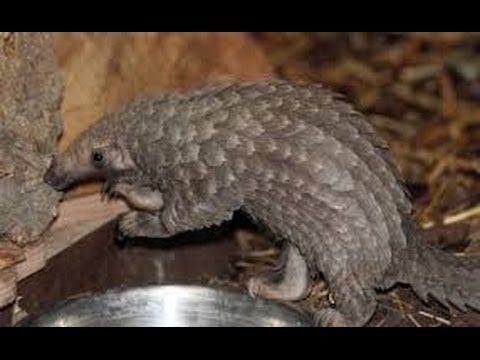 (My conversation with that “Honey Badger” dude on his pangolin obsession.)

2. Get a pangolin tattoo

The Challenge is ON!! #pumpit4pangolins 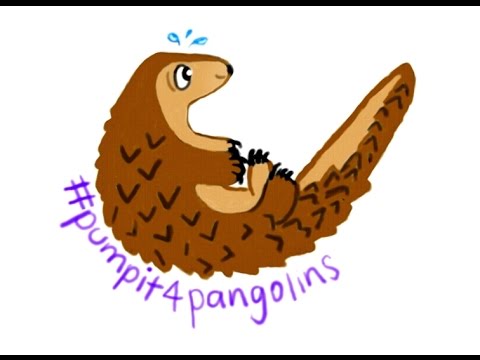 I guess this is supposed to be kinda like the Ice Bucket Challenge? A group calling itself Pump It for Pangolins is encouraging Facebook users to post videos of themselves doing 21 crunches in honor of World Pangolin Day. You can share videos on the group’s Facebook page or by tagging it #pumpit4pangolins. The goal is to raise money for pangolin conservation. I think the crunches are supposed to simulate the way the pangolin rolls up in a ball when it feels threatened. But these odd videos remind me of the way a pangolin in Vietnam ab-crushed my arm when a researcher asked me to hold the animal.

“This animal must have the abs of Pink,” I wrote at the time.

Here’s the weirdest best crunch video I found in a quick scan of the site:

4. Fund an anti-poaching campaign in China

Donate to the WildAid campaign here

China, particularly the southeastern provinces, is thought to be the world’s largest market for illegal pangolin products, Peter Knights, executive director of the nonprofit WildAid, told me in an interview this week.

WildAid is planning a media campaign in China to raise awareness about the endangered pangolin, Knights said. It likely will start in June. Information is what will stop this black market, he said, adding that many Chinese people are unaware consuming pangolin is illegal – or think that the pangolin is abundant. “We’re trying to make it uncool to consume them,” he told me.

I hope they’ll be able to do the same for the humble pangolin.

And I’d encourage you to contribute to the effort.

To do so: Go to WildAid’s online donation page. In the comments on that page, write that you would like your contribution to go to the pangolin media campaign in China. Encourage friends to do the same.

5. Support other groups working to save the pangolin

A number of other groups are doing fine work to raise awareness about the pangolin – and, importantly, to rehabilitate pangolins that have been rescued from the black-market trade, especially in Vietnam.

Consider a World Pangolin Day donation to these organizations:

(Note: The financial statements of these groups, as well as WildAid, have been vetted by CNN.)

Awareness helps. Read about the pangolin at SavePangolins.org or on the International Union for Conservation of Nature’s website. Share some of your favorite pangolin facts on Twitter and Facebook. World Pangolin Day organizers will be posting info and celebrations throughout the day using these hashtags:

Here are a few social accounts you can follow for updates:

And feel free to reuse or retweet this image:

Gearing up for #WorldPangolinDay. So many reasons to love these weirdo scale-covered mammals. Here are five. pic.twitter.com/fglM3vWjGh

7. Teach your kids about the pangolin

I rarely meet adults who know about pangolins – that is, unless they have young kids. Children are so much more curious about and engaged with the natural world, and, if my friends’ kids are a barometer, a growing number of them seem to be learning about the pangolin in school. I’d encourage you to talk with your kids about the pangolin – see what they know and what they don’t. If your kids are little, read “Roly Poly Pangolin” to them. Save Pangolins co-founder Keri Parker suggested kids (or adults, whatever …) try out this pangolin coloring sheet. Parker also recommended parents make ant-shaped cookies with their children in honor of the pangolin’s ant-based diet.

Whatever you do, please let me know about it!

You can leave a comment at the bottom of this page – or shoot me a note on Twitter. I’ll retweet some of the most creative pangolin tributes. (Especially if you get a tattoo). And thank you for caring about this awesome and underappreciated animal.