The short film begins like a glossy travel commercial. “Make this the year YOU discover a new destination,” urges the text on screen, against the backdrop of an airplane wing and fluffy clouds.

“Welcome to Gaza,” it continues. “Well away from the tourist track.”

But it soon becomes clear that this is a rather different kind of trip. The camera appears to plunge down a poorly lit tunnel, emerging into a scene where children wander among rubble.

The film, less than 2 minutes in length, is the latest work by the elusive British street artist Banksy, whose identity remains unknown.

A screenshot of a Banksy artwork in Gaza, taken from the artist's website.
BANKSY.CO.UK

Making use of sharp irony, his own artwork and the rubble-strewn streets of a territory shattered by last summer’s conflict between Israel and Hamas militants, he shines a spotlight on the suffering of ordinary Palestinians.

“The locals like it so much they never leave. (Because they’re not allowed to),” the film, posted on Banksy’s official website, continues.

Using the language of glossy brochures, it describes the territory, whose borders are largely controlled by Israel, as “nestled in an exclusive setting” and says it’s “watched over by friendly neighbours.”

But then comes the reality check. “In 2014 Operation Protective Edge destroyed 18,000 homes,” it says, referring to the Israeli military operation that targeted Hamas militants firing rockets into israel.

The first glimpse of Banksy’s own distinctive graffiti comes about halfway through what’s effectively a hard-hitting mini documentary.

We briefly see the artist at work, his face concealed by a hooded jacket. An image of what looks like a Greek goddess weeping, head in her hand, emerges on all that remains of a destroyed building.

Another image stenciled on a pockmarked wall depicts a white kitten, pink bow around its neck, appearing to play with a ball of rusty wire. The film shows a group of children at play in the rubble beside the image.

A Palestinian man tells the camera: “This cat tells the whole world that she is missing joy in her life.”

In text accompanying the image on his official website, Banksy writes: “A local man came up and said ‘Please - what does this mean?’ I explained I wanted to highlight the destruction in Gaza by posting photos on my website – but on the internet people only look at pictures of kittens.”

Make this the year YOU discover a new destination 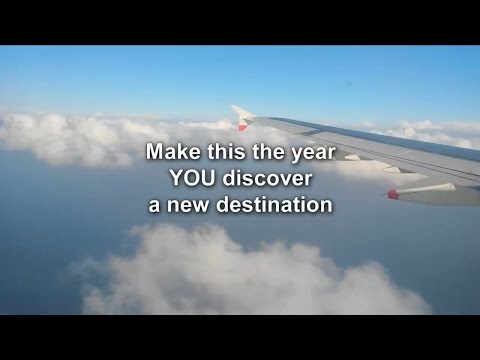 Another of his stenciled images shows what appears to be a watch tower transformed into a children’s fairground ride with swings.

Banksy’s caption on his website states: “Gaza is often described as ‘the world’s largest open air prison’ because no-one is allowed to enter or leave. But that seems a bit unfair to prisons - they don’t have their electricity and drinking water cut off randomly almost every day.”

The film ends with a shot of a quote written on a wall, from the late Brazilian educator and thinker Paulo Freire. It’s not clear if Banksy painted the words there or came across them.

“If we wash our hands of the conflict between the powerful and the powerless we side with the powerful - we don’t remain neutral,” it reads. Chickens peck in the dusty ground by the wall, perhaps another symbol.

The United Nations has said more than 2,100 Palestinians were killed in the conflict in Gaza. According to U.N. estimates, at least 70% of the Palestinians killed were civilians, but Israel reports a higher number of militants among the dead.

On the Israeli side, there were 68 casualties, 65 of them soldiers and three civilians.