As she made her bid for the Democratic nomination official Sunday, GOP presidential contenders who have long made her a target were hard at work lambasting her candidacy. 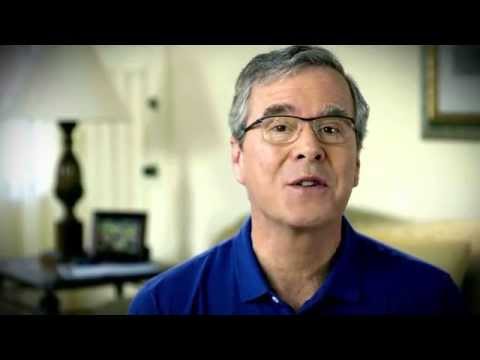 “It’s critical we change the direction our country is heading. We must do better than the Obama-Clinton foreign policy that has damaged relationships with our allies and emboldened our enemies – better than their failed big government policies that grow our debt and stand in the way of real economic growth and prosperity,” Bush said.

“I believe it’s conservative ideas that will renew America, grow our economy, put our fiscal house in order and make our great country even stronger,” he said.

Bush also tweeted that America “must do better than Hillary,” directing readers to his website.

We must do better than Hillary. If you're committed to stopping her, add your name now. https://t.co/GUtxMw19Oh

READ: What is Hillary Clinton thinking?

Americans want leaders from outside of Washington, D.C. with big, bold ideas which is what we're doing at @OurRevival. - SKW

Texas Sen. Ted Cruz posted a 30-second video of his own arguing that Clinton’s tenure as secretary of state has left the world less secure.

Is the world a safer place because Hillary Clinton was Secretary of State? No: http://t.co/LVfxjeUX62 pic.twitter.com/UJQ8Gsa2ro 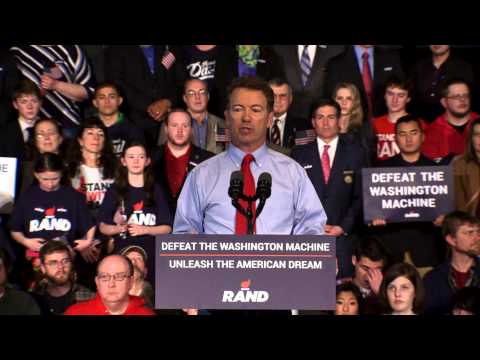 The ad calls Clinton’s candidacy “a path to the past – a road to yesterday, to a place we’ve been to before.”

“Hillary Clinton represents the worst of the Washington machine: The arrogance of power, corruption and coverup, conflicts of interest, and failed leadership with tragic consequences,” the female narrator says.

Paul also laid into Clinton’s tenure as Obama’s secretary of state during an appearance on CNN’s “State of the Union” on Sunday.

He wouldn’t name any positive accomplishments for the former first lady and New York senator during those four years.

And Paul said the Clinton Foundation’s acceptance of donations from foreign countries like Saudi Arabia and Brunei “questions the sincerity of whether or not she would be a champion for women’s rights.”

Sen. Lindsey Graham of South Carolina, who said he’s “more likely than not” to run for president, said on CNN that for Clinton, it’s all about separating herself from Obama.

“If she can make a case that she’s different than him, then she’ll have a chance. If she can’t – game, set, match,” Graham said, using a tennis analogy.

“She owns his foreign policy. She owns his domestic policy,” he said. “The reason there’s 20 Republicans running is that we all think we can beat her.”

Former Arkansas Gov. Mike Huckabee said Clinton will have to “explain how she’s not going to be Obama’s third term” during an appearance on ABC’s “This Week.”

“Hillary’s going to be a very formidable candidate. There’s no question about that,” said Huckabee, who won the 2008 Iowa caucuses and is set to seek the GOP nomination again.

“But she’s got a lot to deal with this time that she didn’t before,” he said. “She’s tied to the Obama administration. I don’t think that is a plus for her. And recent polls show that there’s almost an overwhelming demand for people to undo a lot of Obama’s policies, both domestically and in foreign policy. She’s going to have to explain how she’s not going to be Obama’s third term.”

Days earlier, former Pennsylvania Sen. Rick Santorum became the first Republican contender to make Clinton the target of an advertisement, releasing a web video that his campaign said was backed by a five-figure buy to push it to viewers through Google, Facebook and YouTube.

Santorum’s web spot says Clinton “placed America in even greater peril in an already-dangerous world” by using a personal email address tied to a private, home-based server during her tenure as secretary of state.

“If Hillary Clinton has created this type of disaster as our secretary of state, how could we ever feel safe with her as our commander-in-chief?” the ad’s narrator says.