Talking to kids about same-sex marriage

By Katia Hetter, CNN
Updated 11:03 AM EDT, Wed July 1, 2015
Link Copied!
Ad Feedback
"A pic for the future kids. So they can see that their moms were at the Supreme Court the day love became law," said Rachel Evans via Instagram.
Rachel Evans/CNN iReport
Eos Parish and Brant Rios are unable to get married in Louisiana despite the Supreme Court ruling to legalize same-sex marriages nationwide. In 25 days they will try again.
Eos Parish
"The wrong side of history lost today while America's promise of democracy just got stronger," said Michael Dumlao via Instagram.
Michael Dumlao/CNN iReport
Alex Orton hugs boyfriend Rob Snyder after hearing the Supreme Court ruling. "What an amazing day for the United States and for LGBT people across the nation," he said.
Alex Orton/CNN iReport
Kristen Nichole captured this photo of two women celebrating the decision to legalize same-sex marriage nationwide on Friday. "So excited to be on the steps of the Supreme Court today supporting the equal marriage decision!" she said via Instagram
Kristen Nichole/CNN iReport
Michael Thorning captured this photo of the crowd celebrating after the Supreme Court decision to legalize marriage in all 50 states.
Michael Thorning/CNN iReport

Editor’s Note: Katia Hetter writes about parenting, books, travel and trending news for CNN.com. The opinions expressed in this commentary are solely those of the author.

Children are hearing about the Supreme Court's same-sex marriage decision

If I had a nickel for every time my child — who has two moms — has heard that line living here in the South, I’d be broke.

To my knowledge, she’s only ever heard it once. And when she heard it, she replied quickly, “Of course they can!” She knows they can because she and her friends have lived their lives with and around same-sex parents who are married.

And now the U.S. Supreme Court agrees with her, making civil marriage between same-sex couples legal nationwide in a decision issued Friday, June 26.

How to start the conversation now that civil marriage is the law of the land? As with lots of topics, I tend to offer a little bit of information and wait for my child to ask questions — sometimes months later — often using my diverse circle of friends and family as examples. Even if you don’t have gay relatives or if same-sex marriage chafes at your personal beliefs, it pays to think through how to talk about it with your children before you’re caught off guard.

Same-sex marriage is already a reality

“My 9-year-old was reading the headline of The New York Times and we proceeded to talk about the significance of the ruling,” CNN’s parenting correspondent Kelly Wallace told me. “Her reaction was fabulous: ‘What’s the big deal? Why shouldn’t men be allowed to marry men and women marry women?’ It shows that kids her age are living in such different times than the era in which their parents grew up.” 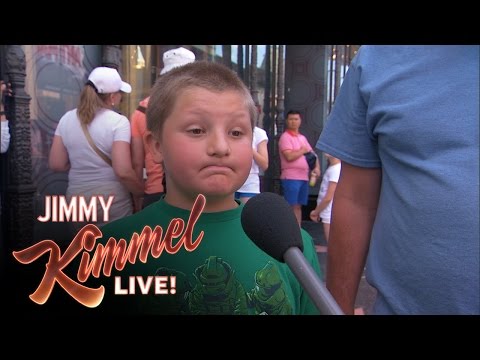 When talking to your children about the decision, remember that kids have been living in a world where people marry partners of different faiths, races, ethnicities and nationalities, forcing family and friends to deal with it — or not.

And same-sex marriage, albeit not always the legal type, has been happening since long before a 1996 Hawaiian state court ruling made Hawaii the first U.S. state to recognize that same-sex couples are entitled to the same privileges as heterosexual couples.

The kind of marriage where people commit to each other before God, family or nothing but themselves has been reality for my child, her cousins, classmates, teammates and Girl Scouts for years.

By the numbers: Same-sex marriage

Related to a same-sex couple or two?

If you have friends or family in a same-sex couple, you’ve got your example ready to go: “Uncle Jim and Uncle Matt were married at their church years ago — remember we went? But now they can get married by the government.” Sheesh. Sounds so romantic.

Never mind, you can still tell younger children the simple truth: “The nation’s most important court, which decides if the President and Congress followed the country’s rules, decided that two women or two men could get married at City Hall, just like Mom and Dad.”

Little children can get stuck on the idea of civil marriage, since they don’t see the town-issued legal marriage certificate or understand the benefits of spousal health care, Social Security and hospital visitation rights.

You can say that people who get legally married get extra stuff, which most children can understand. Or you can skip the legalities and read them a book like “Heather Has Two Mommies,” Leslea Newman’s book for young children about a child living with two mothers.

“There are many different kinds of families,” wrote Gartrell, a Williams Institute Visiting Distinguished Scholar at the UCLA School of Law. “Some kids grow up with a mom and a dad, and some with two moms or two dads. Others are raised by a mom or a dad or another relative.

“The Supreme Court says that when two people fall in love and want to get married, they should be able to marry, whether they are a man and a woman, two men, or two women,” she said. “The Supreme Court wants us to understand that love between two men or two women is just the same as love between a man and a woman, and that in the United States of America, as an adult, you can marry the person you love.”

It’s helpful for children who want more information to know that the court decision didn’t happen in a vacuum. The state has long regulated civil marriage, imposing various requirements that people must meet to marry each other or marry at all. People who want to marry despite the restrictions have pushed back and often won the right to marry.

The Supreme Court’s 1967 decision in Loving v. Virginia struck down state bans on interracial marriage. Children can read more about that decision in “The Case for Loving: The Fight for Interracial Marriage,” a children’s book appropriate for fourth graders and older.

If your faith or personal beliefs run contrary to the Supreme Court decision, you might feel under siege right now, but religious institutions still get to marry whomever they want, according to their religious tradition’s rules.

Before they got married in the Catholic Church, my heterosexual friends had to go through some serious classes and convince their priest they were worthy of marriage. Some religious leaders don’t have to perform weddings for people in their congregations who they deem not ready. They don’t necessarily have to perform weddings for interfaith couples or for people who aren’t members of their congregations.

This is about the institution of civil marriage, a legal institution that allows people to run off to Las Vegas to get married by an Elvis impersonator while doing shots of tequila. Not exactly sacred, except who am I to say? Some people love Elvis.

Access to civil marriage no longer depends on our biases toward each other. It depends on following rules set out by each state — perhaps including a timeline and bloodwork — regardless of gender or race.

This is an opportunity for you

No, really. You can think same-sex marriage, interracial marriage or interfaith marriage is wrong but still teach your child to be polite to children who live in households led by same-sex or interracial couples. There may be people in your community who disapprove of your life choices, but they shouldn’t criticize you through your children.

Even gay couples are talking

For my friend Alan Stephenson’s 11-year-old son, having two dads is simply his life. But his fathers wanted him to understand the historic nature of last Friday, and they took him to their Maplewood, New Jersey, town hall celebration that day.

“We told our son that this was a moment in his life that would later show up in his children’s history books, that his children would one day be shocked to learn that Americans discriminated against same-sex couples, and that he could tell them he remembered the exact day that marriage equality was made the law of the land,” Stephenson said. “He responded in typical 11-year old style: ‘Cool.’”