A Vice co-founder started the campaign

He tweeted, "We need to take ourselves down by lying on the ground and crying"

Is it satire, or is it hate?

That seems to be the question behind the social media hashtag #TakeUsDown, which is being used (maybe) alternately to poke fun at the concept of white male privilege and to embrace it.

Vice co-founder Gavin McInnes started the campaign when he tweeted, “White people are a symbol of oppression and hatred. We need to take ourselves down by lying on the ground and crying.”

In a satirical video posted on You Tube, McInnes explains that he’s been thinking about how “white people are a problem and how our history is the problem.”

“The news here is that white people need to die,” he says. “You need to check your privilege. You need to unpack your invisible backpack and shove it up your a**.”

(The video contains language and content that may be offensive to some.)

#TakeUsDown: The next step in white male self-loathing! 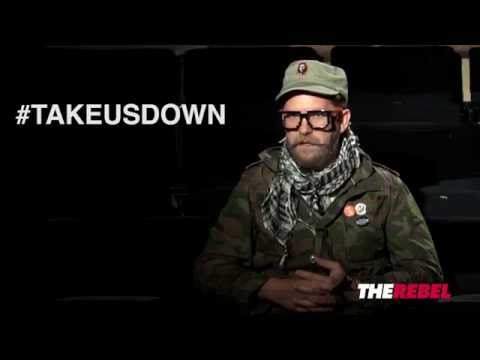 Encouraged by McInnes, some white men have been tweeting pictures of themselves face-down with the hashtag and self-mocking captions such as “I feel slightly better owning a muti racial dog but still feel bad about owning some one” and (in the middle of a street) “I’m waiting for the Semi Truck of Social Injustice to end my privilege.”

But some are finding some of the tweets beyond offensive, including the ones that express “white pride” and the user who tweeted a picture of himself face-down, wearing a hooded jacket next to a drink and a bag of Skittles.

McInnes likes to court controversy. The self-styled comedian reportedly tweeted that the Civil War was not about slavery and in 2013 went on an anti-feminism rant on Fox News’ “Hannity.”