When you tune into the news, what do you expect? Probably not the day’s events relayed in whip-smart rhyming couplets.

Anchors in Senegal and Uganda are shaking up tradition by rapping the news – and it’s causing quite a stir.

With a presence on both TV and YouTube, they’ve found a way to make the news sound fresh for young ears, and a new generation is tuning in and switching on to current affairs like never before.

“Edu-tainment” – that’s how Keyti, one half of Journal Rappe, describes their show.

Broadcast on 2STV in French and Wolof, Journal Rappe is engaging a youth largely alienated by traditional forms of media.

“What we’re doing now is for the future generation,” says Xuman, Keyti’s fellow anchor. “[It’s] to uplift people’s minds… to make people smile and understand something that they really missed.”

Keyti references Public Enemy’s “Don’t Believe the Hype” as the song that grabbed his attention and made him want to start writing, and counter-cultural elements and a sense of counter-narrative permeates Journal Rappe.

“There are a lot of problems [in Senegal] that need to be addressed,” says Keyti, but the current media climate is one in which “most of the television or most of the press groups are working either for or against the government.”

By eschewing party politics, the show places itself in a position to explore current affairs from a different – and often excoriating – stance. 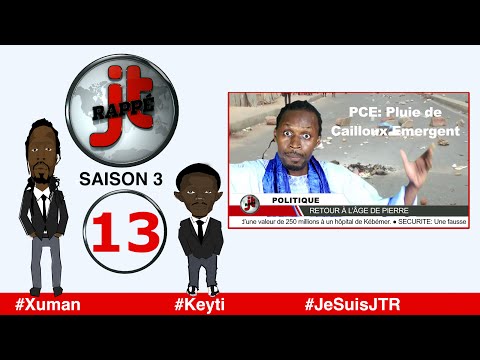 Their method may be unconventional, but it’s garnering a lot of attention. “The main difference,” argues Keyti, “is that we comment a lot… We want to give our point of view first of all. This is our way to push the boundaries of freedom of speech.”

Eagles don’t fly among the pigeons / But if you fall from power, you will end up in jail like anyone else

“If [kids] grow up with certain concepts going around their head, we can make the right type of Senegalese,” says Keyti.

“Inspiring people is important,” adds Xuman. “Show them the way, give them the example. Make them believe that they can make it happen with one microphone, one pen and one camera; that with inspiration you can change the world.”

Bringing the news from the studio to the street

Nearly 6,000 kilometers away in Kampala, another team of newscasters are rapping to a beat of their own.

What’s more, the show is a family affair. Nine year old Zion Sheebah, daughter of Lady Slyke and DJ Nesta (the man behind the beats), has become a fixture in recent episodes, co-anchoring with her mother and demonstrating that age is no barrier to talent. 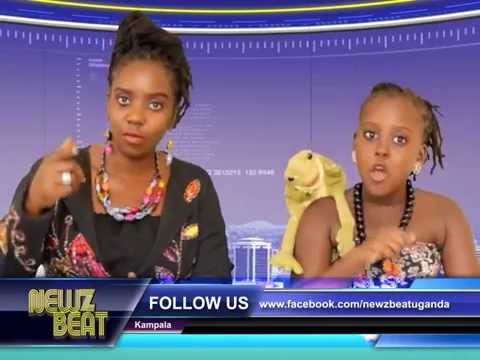 The show spans national and international news alongside human interest stories, bringing the news “from the studio to the street” in the words of Lady Slyke, Uganda’s “queen of hip hop.”

Like Journal Rappe, NewzBeat’s Lady Slyke describes her show as “educating with rap,” and pulls no punches in the stories it chooses to cover – women’s rights, sexual violence, corruption and censorship are all subjects championed and returned to since NewzBeat began in February 2014.

“Everybody [should] have a chance to be whoever they want to be,” says Slyke. 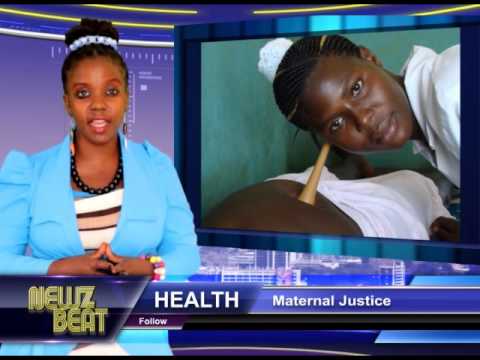 This approach has not been without its pitfalls. Uganda has a checkered history regarding press freedoms and Lady Slyke admits that the team have been approached by censors in the past. When talking to CNN, she was not able to elaborate on the point.

The future looks bright, however.

Aiming to broaden its coverage, a Swahili-speaking branch of NewzBeat in Tanzania is currently reporting the run-in to October 25’s general election. Lady Slyke told CNN that she expects this approach to continue, extending NewzBeat’s influence further across the continent.

With a formidable roster of talent and a keen eye for a story, you wouldn’t bet against them.

Sophie Eastaugh contributed to this article