NEW: All highways closed in the capital, Columbia, which had wettest day on record Sunday

South Carolina Gov. Nikki Haley didn’t mince any words Sunday about just how dangerous a situation the weather – which was blamed for five deaths in the state by Sunday night – had become in her state.

Since weather records don’t go back far enough to know if it’s rained this much in South Carolina in a 1,000 years, a “thousand-year rainfall” means that the amount of rainfall in South Carolina has a 1-in-1,000 chance of happening in any given year, explained CNN meteorologist Taylor Ward.

Certain areas of South Carolina had never before been deluged with such eye-popping rainfall tallies: more than 24 inches in Mount Pleasant, nearly 20 inches in areas around Charleston and more than 18 inches in the Gills Creek area of Columbia, according to Ward.

Steven Pfaff of the National Weather Service said the “phenomenal amount of rainfall” was “a very dangerous situation.”

“Flash flood warnings have been issued and many areas that received a large amount of rainfall 24 hours ago are being hit hard again,” said Plaff. “This is an extremely dangerous situation in those areas.”

Haley: keep off the roads

But the torrential rain was more than just dangerous. It was deadly.

The weather is being blamed for five deaths along South Carolina roadways, according to Derrec Becker of the South Carolina Emergency Management Division.

Three of those deaths were reported by the South Carolina Highway Patrol, and two by the Richland County Sheriff’s Department, according to Becker.

The weather service issued a public service announcement video reminding people not to drive through rushing waters, no matter how shallow the water appears to be. “Do not attempt to drive into flooded roadways … it takes just 12 inches of flowing water to carry off a small car. Turn around, don’t drown,” it said. 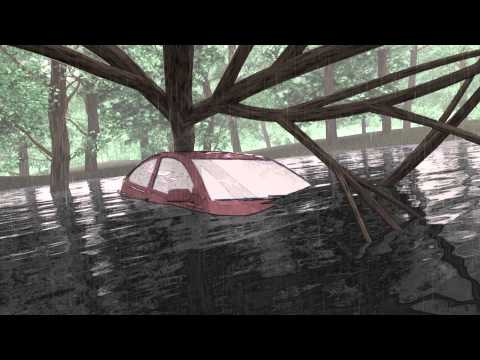 “Regardless of where you are in the state, stay home,” implored the governor. “Stay off the roadways.”

But many didn’t heed their call.

Becker said that 315 vehicle collisions occurred in one 12-hour period on Sunday, and Haley said that more than 750 motorists called for assistance during that same stretch.

Perhaps that is why Haley went beyond simply urging South Carolinians to stay off the roads in some areas. In Columbia, for example – a city that had the rainiest day in its history Sunday according to the National Weather Service – Haley made sure of it by closing all interstates in and around the capital city.

“This is an incident we’ve never dealt with before,” she said.

Haley announced Sunday that in addition to the eight swift water rescue teams and 11 aircraft, 600 National Guardsmen had been deployed to assist in rescues and evacuations, and that hundreds more were on standby.

The weather service forecast “catastrophic flash flooding” overnight into Monday in Berkeley County in South Carolina, where more than 18 inches of rain had fallen in 24 hours, according to the CNN Weather Center.

The wet misery isn’t just limited to South Carolina; as of Sunday evening, both Carolinas, New Jersey and Virginia were under states of emergency, and the weather service has issued flood watches stretching from Georgia to Delaware.

But Hurricane Joaquin, downgraded to Category 3 strength earlier in the day Sunday and only expected to continue to weaken, isn’t necessarily the culprit – it’s coming from two sources.

The low pressure area associated with the rain soaking the Carolinas is funneling heavy tropical moisture into the region, creating the torrential rainfall, the CNN Weather Center said.

While Hurricane Joaquin is predicted to miss the U.S., water connected to the storm is feeding torrential rain on the East Coast.

The moisture the storm is pulling in is also associated with Hurricane Joaquin, but the two systems shouldn’t be confused.

Joaquin inched northward in the Atlantic on Sunday, but luckily away from U.S. shores. However, the storm is expected to push in a storm surge in the Northeast as it passes, resulting in a one-two water punch.